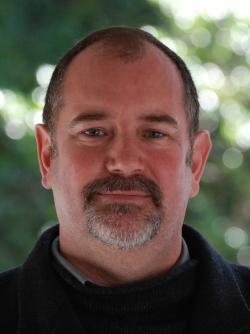 Richard Alan Jelliffe (born ), commonly goes by Rick, is an n programmer and standards activist (, , ), particularly associated with , , and schema languages. He is the founder and Chief Technical Officer of Topologi Pty. Ltd, an XML tools vendor in Sydney. He has a degree in Economics from the .

Jelliffe is the inventor of the schema language; its core idea of using to state constraints has been widely adopted and adapted. He is the editor of the ISO International Standard 19757-3 " - Part 3: Path Based Rule Languages (Schematron)."

In - Jelliffe worked at , Taipei, Taiwan. The [http://www.ascc.net/xml Chinese XML Now!] website provides Chinese and English information and test files on XML. Jelliffe has also made an English/Chinese multilingual typesetting system used to publish PRC trade laws. He has been an invited expert on Internationalization to the .

Jelliffe has made many contributions to web and markup-related technologies, with a broad range of concerns:

* native language markup: the need for markup languages to allow tag names in the native language of the users&mdash;adopted into (Annex J) and , based on Jelliffe's ERCS (Extended Reference Concrete Syntax);

* the availability of Unicode character references regardless of character encoding&mdash;adopted by and the SPREAD (Standardization Project Regarding East Asian Documents) entity set;

* the inadequacy of text formats without a reliable indication of encoding&mdash;adopted into (Appendix F);

* the inadequacy of string formats for WWW use without an indication of natural language&mdash;adopted into with xml:lang attribute;

* the need to make decisions about XML and other WWW textual notations based on engineering considerations&mdash;adopted into 1.1 where critical code points are unavailable in direct form, a redundancy which allows encoding error detection;

* the use of for validation&mdash;adopted into , , etc.;

* the need for extended schema languages&mdash;adopted into XML Schema ANY content model;

* developing schemas from standard or typical modules&mdash;strong in the book, and XML Schema;

* the result of validation is not only boolean&mdash;adopted into and XML Schema's outcomes (e.g. PSVI).

In January 2007, "" Doug Mahugh asked Jelliffe to correct articles about some of the standardization efforts in which he was involved, including and , suggesting that Microsoft could pay him for the time he spent editing Wikipedia. Jelliffe commented on the offer in his blog and this led to international press coverage.

The controversial decision by to include Jelliffe on its delegation to the vote at the ISO on standardisation of Microsoft's document format was widely criticised. Some considered Jelliffe too close to Microsoft to be impartial.