It is the largest of the eight Scottish police forces. It is the second largest in terms of area in Scotland, after the area covered by the Scottish Northern Constabulary. 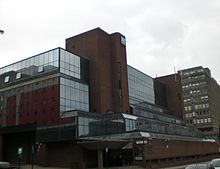 Since 23 October 2007 the Force has been organised into 8 Territorial Divisions (designated A,B,G,K,L,N,Q & U Divisions), a Headquarters Division (H), a Support Services Division (V) and a Road Policing Division (T).

Strathclyde police employ over 8,000 police officers and approximately 2,800 police staff. Individually designated as members of police staff (MOPS) Their jobs range from drivers to computer technicians and everything in-between, such as vehicle technicians, communications operators, word processor operators, police custody and security officers (PCSO) and specialised posts in Information Technology and Forensic Science although the specialised posts will be shortly transferring to the Scottish Police Services Authority.

The force also currently employ over 20 cadets (as of 01/10/09) who work initially inside the police office helping members of the public with their enquiries, they also go on secondments to other departments within the force, such as, the mounted branch, CID, dog branch and road policing. As of March 2008 the cadet scheme has been closed and is no longer accepting applications. Cadets who joined prior to March 2008 continued their posts as normal. The Cadet Programme normally lasts between 1 and 2 years with the cadet having to resign before their 19th birthday. Cadets do not progress straight into the Police as a Constable automatically - they must apply like any other member of the public. The only difference is that they are progressed to final interview panel stage, and do not need to sit the SET or go through any initial or home interviews. It should be noted however, cadets had to pass all of the before mentioned, during their initial cadet applications.

Full details are available in the Public Performance Report 2006-7, which can be downloaded from the Strathclyde Police website.

The force features in the TV detective series Taggart.

In December 2009, the force announced it was halving the size of its dog unit.[5]

In 2005, Strathclyde Police established its groundbreaking Violence Reduction Unit (VRU).[6] The unit was set up to bring together communities and agencies to tackle the root causes of violence. The work of the VRU has now been extended throughout the whole of Scotland. 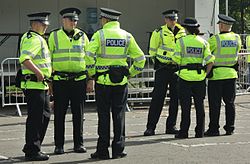 From the formation of Strathclyde Police in 1975 to 1994 the uniform was similar to the uniform previously used by the antecedent City of Glasgow Police. This changed to a shirt, tie and woollen pullover for a few years until the present all-black uniform with no tie was phased in during 2002 and 2003.

The current all-black uniform is composed of black short sleeved Under Armour-style 'wicking' T-shirts with Police insignia in white (older shirts have Strathclyde Police on them) displayed on both sleeves and epaulette straps on each shoulder for the affixing of Divisional identifier number and insignia of rank. Trousers were of a USA army style cargo pocket style i.e. two thigh pockets and two conventional side and rear pockets however as of 2008, all trousers come without cargo pockets due to the introduction of new body armours being issued with pockets.

Worn over the wicking top on all operational duties is a Stab vest which until recently was supplied by Highmark Ltd, Body armour is now supplied by Hawk Protection and has a blue and white chequered band on them. The insignia of Strathclyde Police [7] is sown on the left breast of this garment. Service medal ribbons such as the Police Long Service and Good Conduct medal and/or the Queen Elizabeth II Golden Jubilee Medal can be worn on the left breast of this cover and gallantry ribbons like the Queen's Police Medal on the right breast.

A black fleece with a reflective "POLICE" badge displayed on the back was worn prior to November 2009. Now a Black Microfibre fleece with "POLICE" sewn into the sleeve is now worn under the Body Armour.

Waterproof jackets in two styles are also provided, all black, and fluorescent, both are zip and stud fastening. Black waterproof trousers also issued as well as black leather gloves (Constables and Sergeants) or brown leather gloves (Inspectors and above).

All officers wear a uniform cap, a peaked cap for males, or a round reinforced bowler style for females. Both types of hat feature the famous Sillitoe Tartan design and the standard Scottish Police cap badge in metal for the ranks of Constable or Sergeant or embroidered for Inspectors and above. The Road Policing Unit also have a white cover over the top of the cap. No prescribed footwear is issued to the Force's officers except for those in a few specialist roles such as Public Order officers and those within "V" Support Services. 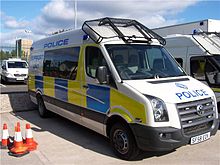 Support Unit officers are supplied with the longer 26" Autolock batons.

The Strathclyde Police Air Support Unit has Scotland's only police helicopter and consists of a Eurocopter EC 135T2+ (G-SPAO) based at the Glasgow City Heliport. This helicopter is painted in PSDB highly conspicuous colours of dark blue with a yellow top. The aircraft is supplied on a contract basis by Bond Air Services.

The Strathclyde Police Headquarters is located at Pitt Street in Blythswood Hill, Glasgow. The building was originally erected in 1934 as Glasgow and West of Scotland Commercial College, later the Scottish College of Commerce. In 1964 the Scottish College of Commerce combined with the Royal College of Science and Technology to form the University of Strathclyde. There are plans to relocate the HQ to South Dalmarnock on the outskirts of Glasgow. [8]This has prompted that the Pitt Street HQ building be put on the market.[9]

The main contributing factor to violence and antisocial behaviour is alcohol which when it is overly consumed, can make people aggressive and aggitated with the potential of committing serious crimes. Domestic abuse also comes under the heading of "Violence, Disorder and Antisocial Behaviour". This type of crime takes place behind closed doors and requires a different policing style which is mainly delivered by the Domestic Abuse Task Force with specialised methods for disrupting known abusers and protecting those at risk. Between 2009 and 2010, murder reduced by 26%, attempted murder reduced by 15% and 45,000 fixed penalty notices for disorder were issued.

The controlling of drugs in Strathclyde is linked to that of policing organised crime groups as most groups have major links with the cultivation, trafficking and selling of classified drugs. Drugs have a harmful effect on the ethos of the community, feeds vulnerable people's addiction to drugs and funds organised crime and terrorism. Over the 2009-2010 period, 15,000 drug seizures of Class A and B drugs took place and 2,500 kg worth of drugs including amphetimines, cocaine and heroin was seized and destoryed.

The UK as a whole remains at a hightened state of alert with regards to terrorism following continuing threats from terrorist groups Al-Qaida, dissident IRA groups and domestic extremist groups. Strathclyde Police dealt with a terrorist incident in 2007 at Glasgow Aiport which resulted in five members of the public being injured and the perpetrator himself being killed later at hospital. Strathclyde Police continues to police terrorism using the UK wide CONTEST strategy which prevents, pursues, protects and prepares for terrorism.

To ensure children in Strathclyde are protected from sexual/non-sexual abuse and neglect, the force employs a range of techniques. This includes the management of offenders in the community to ensure children are not put at risk from sex offenders under the Sexual Offences Act 2003 to monitor and restrict behaviour. Internet safety is also of importance to educate children on how to enjoy the internet safely which is delivered through the 'Surf Safe' section on Strathclyde Police website with reinforcement by talks in schools.