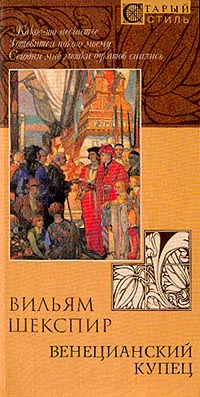 "The Merchant of Venice" is a 2004 movie based on 's play of the same name. It is the first full-length version in English of Shakespeare's play; most other versions are videotaped productions made for television. There had been a British early sound nine-minute production of the trial scene in 1927, with as Shylock and (Casson's wife) as Portia.

The 2004 "Merchant of Venice" follows the text very closely, only missing lines here and there. The director, , believed that was Shakespeare's first , who reaches a catastrophe due to his own flaws: thus the film does not show Shylock purely as a villain, but partly also as a victim. It begins with text and a montage of how the Jewish community is abused by the bigoted population of . One of the last shots of the film also brings attention to the fact that, as a convert, Shylock would have been cast out of the Jewish community in Venice, no longer allowed to live in the ghetto.

The principal roles are as Shylock the Jew, as Antonio the merchant, as Bassanio and as Portia.

Other cast members include:

:"See the story of the original play."One significant emendation: In Act III, scene i, Tubal tells Shylock that in Genoa, a person "showed me a ring that he had of your daughter for a monkey." Shylock replies "Thou torturest me, Tubal: It was my turquoise; I had it of Leah when I was a bachelor; I would not have given it for a wilderness of monkeys." Nothing more is said of it. However, in an added scene at the end of the film, there is a close-up shot of the turquoise ring on Jessica's finger, implying that Shylock had jumped to the wrong conclusion - or that Tubal or his informant was lying.

Another significant emendation is that we don't see that Antonio receives the good news that three of his ships were not stranded and have returned safely after all at the end of the film.

Most film critics praised "The Merchant of Venice", especially for 's and 's sympathetic, yet powerful interpretation of the Shylock character. Critics also praised the dark, realistic look of the streets of Venice for which was honored by the .

In 2005 the film for which Peter James was Executive Producer, had a Royal Premiere in the presence of Prince Charles and received a nomination for Best Costume Design.

Despite the praise it received, its performance at the left something to be desired. Its worldwide theatrical gross was about $21.3 million with a production budget of $30 million. [mojo title|id=merchantofvenice|title=The Merchant of Venice]

Sadly, the film received no Oscar nominations, not even for the sets and costumes, perhaps a reflection of the touchiness of its subject matter.