The title was first granted to Lionel of Antwerp, the third son of King Edward III, in 1362. Since he died without sons, the title became extinct. The title was again created in favour of Thomas of Lancaster, the second son of King Henry IV, in 1412. Upon his death, too, the title became extinct. The last creation in the Peerage of England was for George Plantagenet, brother of King Edward IV, in 1461. The Duke forfeited his title in 1478, after he had been convicted of treason against his brother. He allegedly met his end (according to William Shakespeare) by being drowned in a butt of Malmsey.

A fourth creation in England was suggested and planned to take effect; the title of Duke of Clarence was going to be given to Lord Guilford Dudley, husband of Lady Jane Grey, upon her coronation, as she declined to make her husband king consort. However, she was deposed before this could take effect.

The next creation (Duke of Clarence and St Andrews) was in 1789 for Prince William, third son of King George III. When Prince William succeeded his brother to the throne in 1830, the dukedom merged in the crown.

The most recent creation (Duke of Clarence and Avondale) was for Prince Albert Victor of Wales, the eldest son of Albert Edward, Prince of Wales (later King Edward VII). This was the last royal dukedom to be created with two territorial designations. The Duke died of pneumonia in 1892 and the title again became extinct.

The title also took the form of an earldom for Queen Victoria's son Prince Leopold, Duke of Albany and his son Prince Charles Edward, the Clarence earldom being a subsidiary title.

The title originates[1] from the town of Clare, Suffolk, which was owned by the first duke of Clarence, Lionel of Antwerp. His wife, Elizabeth de Burgh, 4th Countess of Ulster, was a direct descendant of the previous owners, the de Clares, and the Manor of Clare was among the lands which she brought to her husband.[2] After the Union of the Crowns in 1603, the holders of the title were also given titles including Scottish place names, such as St Andrews and Avondale.

also Earl of Warwick and Earl of Salisbury (1472) 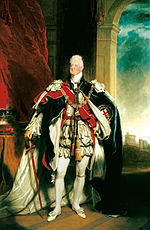 Dukes of Clarence and Avondale (1890)