Let's Spend the Night Together

Let's Spend the Night Together 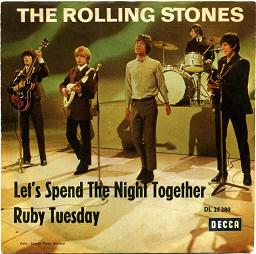 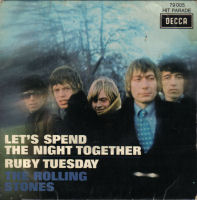 
"Let's Spend the Night Together" is a song by and , originally released by in 1967. It has been covered by various artists, most famously in 1973.

In one of the more famous examples of musical , on "", the band was initially refused permission to perform the number. Sullivan himself told Jagger, "Either the song goes or you go". [Christopher Sandford (1993, 1999). "Mick Jagger: Primitive Cool": p.97] A compromise was reached to substitute the words "let's spend "some time" together" in place of "let's spend "the night" together"; Jagger agreed to change the lyrics but ostentatiously rolled his eyes at the TV camera whilst singing them. In April 2006, for their first-ever performance in China, authorities prohibited the group from performing the song due to its "suggestive lyrics". [cite web | author = | title = Stones tracks censored in China| publisher = bbc.co.uk | date = | url = http://news.bbc.co.uk/1/hi/entertainment/4888332.stm Retrieved .]

After performing the song on a 28-date European tour in spring 1967, it was not until 1981 that The Rolling Stones next played "Let's Spend the Night Together" live in concert. It was often performed on the 1981 and 1982 tours before being again retired for 15 years. The song has been a mainstay of their live performances during their two-year . 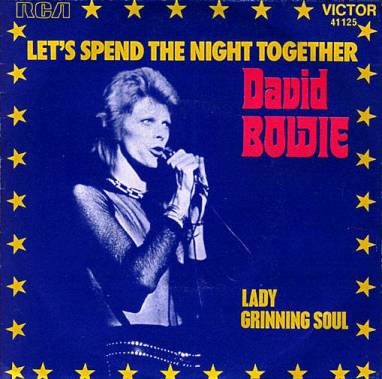 recorded a cover of "Let's Spend the Night Together" for his "" album, released in April 1973. It was also issued as a single by in the U.S. and Europe. The single did not chart.

Bowie's rendition featured pulsating effects. The singer added his own words as part of the finale:

:They said we were too young:Our kind of love was no fun:But our love comes from above:Let's make... love

Author describes the recording as "faster and raunchier" than the Stones' performance with "a fresh, futuristic sheen",

The Italian release featured "" on the B-side.

In addition to its appearance on "Aladdin Sane", Bowie's version of "Let's Spend the Night Together" was included on the following compilations:
* "The Best of David Bowie" (Japan 1974)
* "" (1997)