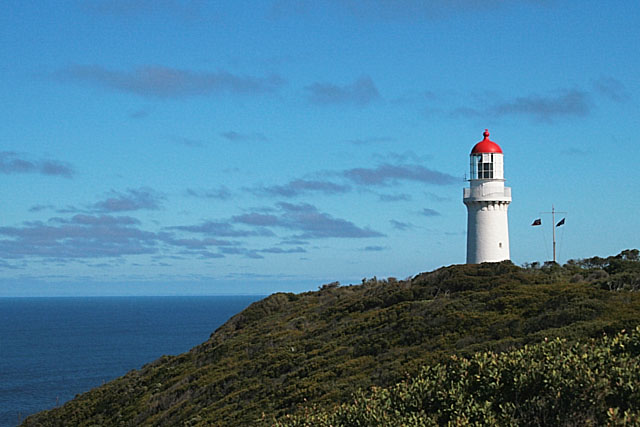 The Cape Schanck lighthouse was built in 1859 as the second lighthouse in Victoria. It is located on the southernmost tip of the in . The tower was built from limestone, it is 21 metres tall. The light's is situated 100 metres above sea level, the is the letter "N", a long signal of 10.8 seconds followed by a flash. Depending on the bearing of the light, the colours are either white (south to west sector) or red (east sector). Due to its powerful lantern of one million and a first order , which was installed in 1915, the light has a range of 26 .

The lighthouse was not only one of the first such buildings in Victoria, it was moreover Australia's first lighthouse tower with stone stairs. During the 1970s and 1980s the facility was restored and has since become an attraction for tourists.