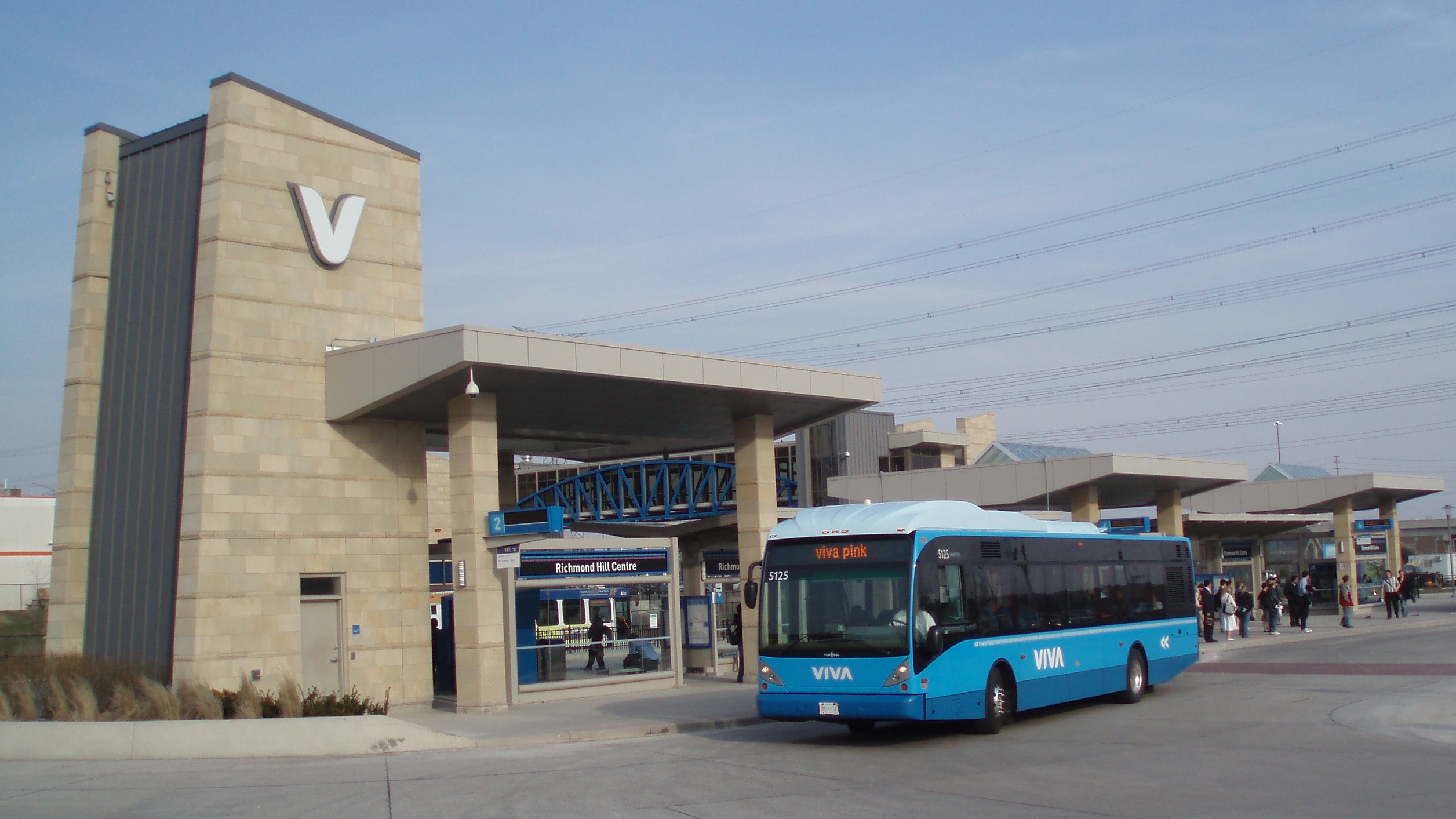 :"For the performing arts centre, see ."Richmond Hill Centre Terminal is a and Viva terminal on 8700 . It was built near the ramp that connects Highway 7 and Yonge Street in , and opened on , . It is immediately west of the Langstaff GO train station, but is separated by the train tracks. A pedestrian bridge over the tracks was opened in March, 2008 to connect the bus terminal and the train station.

and Viva routes to which this terminal connects:

routes to which this terminal connects:

As of , , commenced Airport Express GO Bus service directly from this terminal to and , providing one arrival and departure in each of 22 hours a day, 7 days a week. Other GO buses serve the Langstaff station across the walkway.