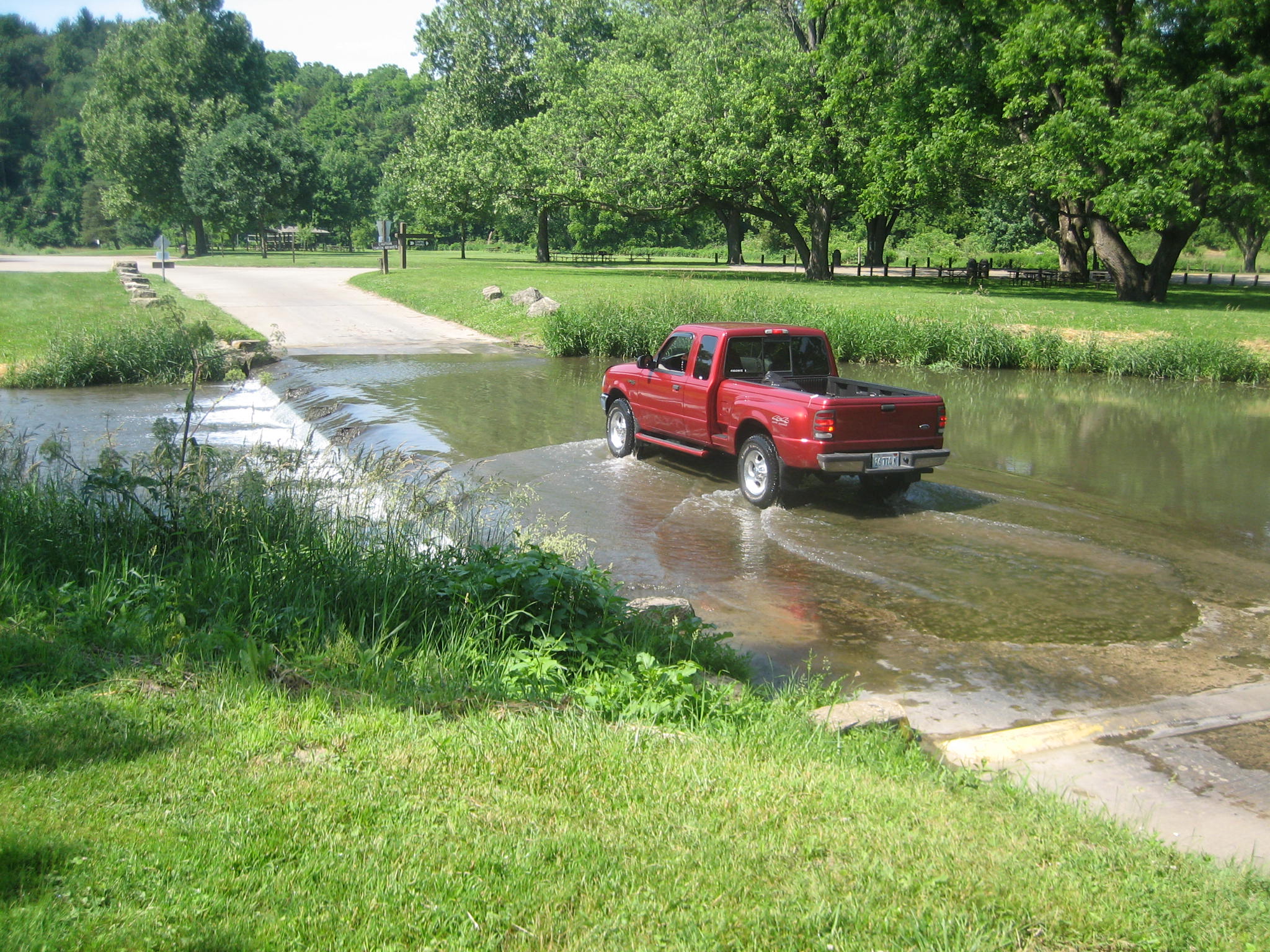 A ford is a place in a (most commonly a stream or ) that is shallow enough to be crossed by wading, on back, or in a wheeled . A ford is mostly a natural phenomenon, in contrast to a , which is an artificial bridge that allows crossing a river or stream when water is low.

The names of many towns and villages are derived from the word 'ford', for example (a ford where word "traiectum", meaning "crossing".

A ford is a much cheaper form of river-crossing than a but it may become impassable after heavy rain or during flood condition. A ford is therefore normally only suitable today for very minor roads. Most modern fords are shallow enough to be crossed by cars and other wheeled or tracked vehicles (a process known, fittingly, as "fording").

At localities where the water is shallow enough, but the material on the riverbed will not support heavy vehicles, fords are sometimes improved by the provision of a submerged floor. In such cases a curb is often placed on the downstream side to prevent vehicles slipping off, as growth of will often make the slab very slippery.

A road running below the water level of a stream or river is often known as a "watersplash". It is a common name for a ford or stretch of wet road in some areas, and sometimes also used to describe tidal crossings. They have become a common feature in courses. There are enthusiasts who seek out and drive through these water features recording details such as wave created, position and access on dedicated .

There are many old fords known as watersplashes in the , examples are at in , in and in . Some of these are being replaced by bridges as these are considered to be a more reliable form of crossing in adverse weather conditions.

The in , , is significant as it is specifically mentioned in the s of this property, which was gifted to the local people. The ford has had to be maintained as a property boundary feature, despite several cars a year being washed away.

Not just a British phenomenon, some very spectacular versions of the watersplash feature can be found in diverse locations. has the , and others may be found in , , and . They are also found on some backroads, where they are referred to as "underwater bridges". has such a ford near . It was an important location in .