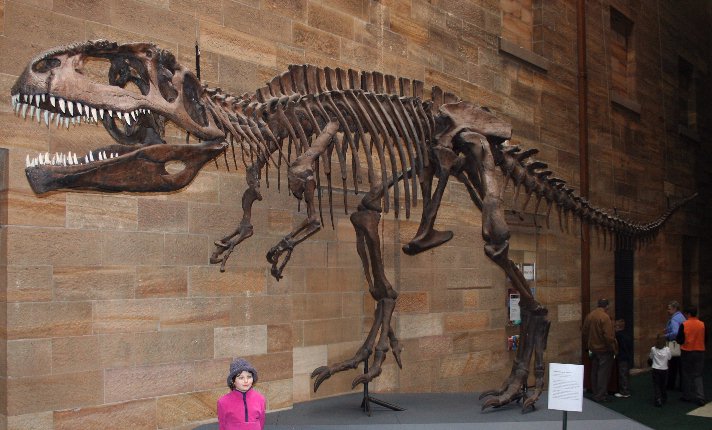 Along with the spinosaurids, carcharodontosaurids were the largest predators in the early and middle throughout (and Europe, if "" is included), and also in North America (""). Their ages range from the (127-121 million years ago) to the (99-93 million years ago). It's possible they were also present during the (93-89 million years ago).

However, past the Turonian, there seem to be no signs of the presence of these animals anywhere on the world. They were replaced by the smaller abelisaurids in Gondwana and by tyrannosaurids in North America. According to and colleagues, the disappearance of not only carcharodontosaurids but also spinosaurids and other fauna in both Gondwana and North America seem to indicate that this faunal replacement occurred on a global scale.

The family Carcharodontosauridae was originally named by in 1931 to include the single newly discovered species "Carcharodontosaurus saharicus". A close relative of "C. saharicus", "Giganotosaurus", was added to the family when it was described in 1995. Additionally, many paleontologists have included "Acrocanthosaurus" in this family (Sereno et al. 1996, Harris 1998, Holtz 2000, Rauhut 2003), though others place it in the related family (Currie & Carpenter, 2000; Coria & Currie, 2002). "Neovenator" may also be a member of the Carcharodontosauridae (Rauhut, 2003; Holtz "et al.", 2004).

With the discovery of "Mapusaurus" in 2006, and erected a subfamily of Carcharodontosauridae, the Giganotosaurinae, to contain the most advanced South American species, which they found to be more closely related to each other than to the African and European forms. Coria and Currie did not formally refer "Tyrannotitan" to this subfamily, pending a more detailed description of that genus, but noted that based on characteristics of the femur, it may be a giganotosaurine as well.

In 1998 defined Carcharodontosauridae as a , consisting of "Carcharodontosaurus" and all species closer to it than to either "", "", "", or "". Therefore, this clade is by definition outside of the clade .

The placement of "Acrocanthosaurus" and "Neovenator" is unclear, with some researchers favoring Carcharodontosauridae and others favoring Allosauridae. "" has also been proposed as a carcharodontosaurid, but it's remains are too scarce to be certain. It appears to be synonymous with the ceratosaur "".

Carcharodontosaurids have been proposed as more closely related to abelisaurids, as opposed to the allosaurids. This is due to these two clades sharing some features (see link below). However, these similarities appear to derive from parallel evolution between these two groups. A larger number of cranial and characters support their relationship with allosaurids.