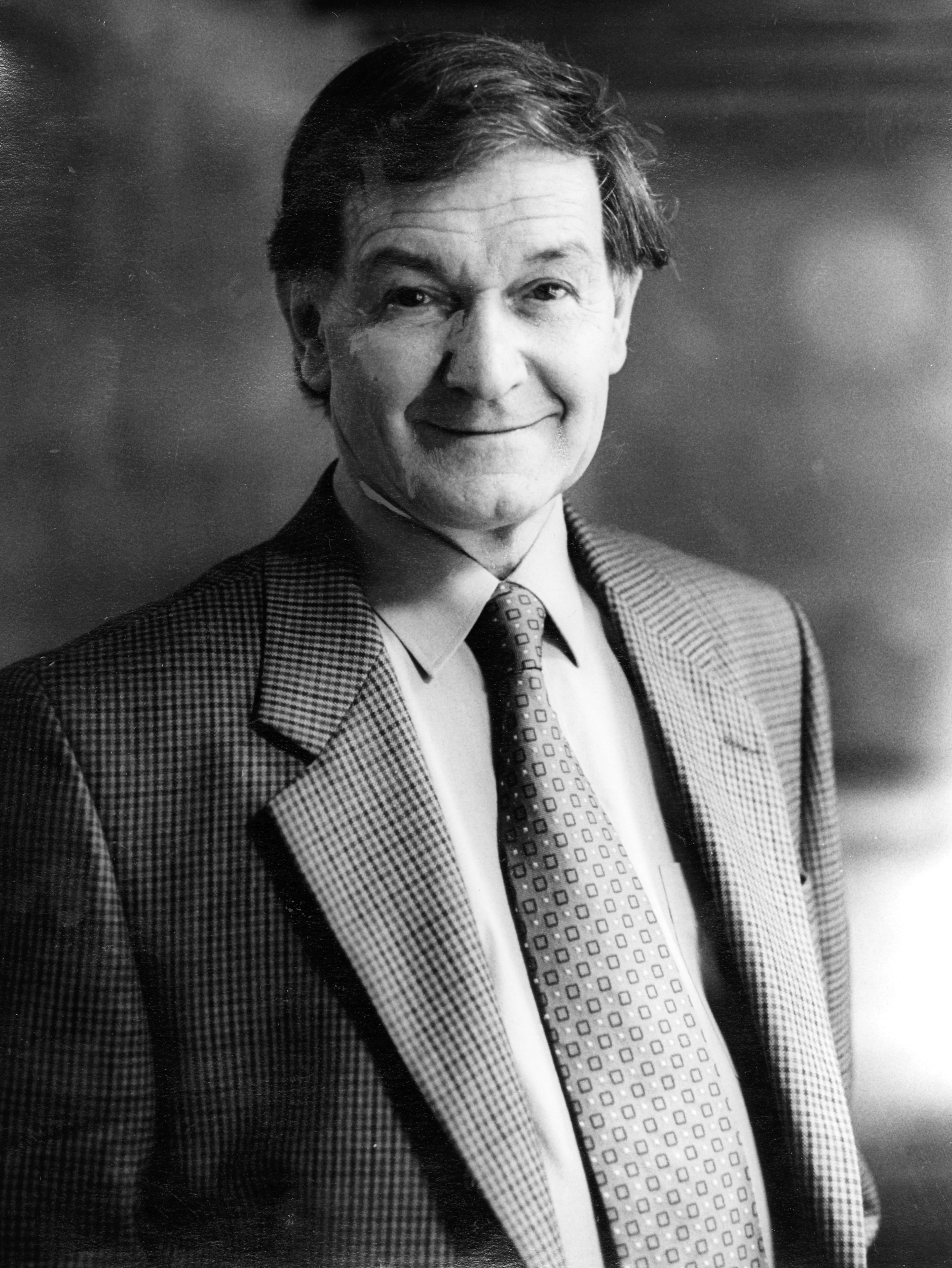 Sir Roger Penrose, , OM, FRS (born ) is an English and at the , and Emeritus Fellow of . He is renowned for his work in mathematical physics, in particular his contributions to and cosmology. He is also a recreational mathematician and and has an of three.

Born in , , , Lionel S. Penrose and Margaret Leathes, [Penrose and his father shared mathematical concepts with Dutch graphic artist which were incorporated into a number of pieces, including Waterfall, which is based on the "", and Up and Down.] Roger is the brother of mathematician and correspondence chess grandmaster . Penrose was precocious as a child. [J. C. Raven's 1936 MSc thesis features introspections from Penrose, aged four and two thirds, as he solved what are now known as , c.f. note 52 of Watt, D. C. (1998). [http://links.jstor.org/sici?sici=0035-9149%28199801%2952%3A1%3C137%3ALPF%28AE%3E2.0.CO%3B2-%23 Lionel Penrose, F.R.S. (1898-1972) and Eugenics: Part One] . "Notes and Records of the Royal Society of London", 52, 137-151] Penrose graduated with a first class degree in from . In 1955, while still a student, Penrose reinvented the generalized matrix inverse (also known as , see Penrose, R. "A Generalized Inverse for Matrices." Proc. Cambridge Phil. Soc. 51, 406-413, 1955.) Penrose earned his Ph.D. at (St John's College) in 1958, writing a thesis on "tensor methods in algebraic geometry" under the well known algebraist and geometer . In 1965 at Cambridge, Penrose proved that singularities (such as s) could be formed from the gravitational collapse of immense, dying s. (Ferguson, 1991: 66).In 1967, Penrose invented the which maps geometric objects in into the 4-dimensional complex space with the metric signature (2,2). In 1969 he conjectured the . This proposes (rather informally) that the universe protects us from the inherent unpredictability of singularities (such as the one in the centre of a black hole) by hiding them from our view behind an . This form is now known as the "weak censorship hypothesis"; in 1979, Penrose formulated a stronger version called the "strong censorship hypothesis". Together with the and issues of nonlinear stability, settling the censorship conjectures is one of the most important outstanding problems in . Also from 1979 dates Penrose's influential on the initial conditions of the observable part of the Universe and the origin of the . [cite conference | author = R. Penrose | title = Singularities and Time-Asymmetry | booktitle = General Relativity: An Einstein Centenary Survey | editor = S. W. Hawking and W. Israel | publisher = Cambridge University Press | year = 1979 | pages = 581–638] . Penrose wrote an interesting paper on the .

Roger Penrose is well known for his 1974 discovery of s, which are formed from two tiles that can only tile the plane nonperiodically, and are the first tilings to exhibit fivefold rotational symmetry. In 1984, such patterns were observed in the arrangement of atoms in s. Another noteworthy contribution is his 1971 invention of s, which later came to form the geometry of in . He was influential in popularizing what are commonly known as s (causal diagrams). In 2004 Penrose released "", a 1,099-page book aimed at giving a comprehensive guide to the laws of physics. In the June 2005 issue of [cite web | title =If an Electron Can Be in Two Places at once, Why Can't You? | url =http://discovermagazine.com/2005/jun/cover/article_view?b_start:int=2&-C= | accessdate = 2007-12-29] , Penrose outlined his interpretation of . Penrose is the Francis and Helen Pentz Distinguished (visiting) Professor of Physics and Mathematics at . [cite web | last = | first = | authorlink = | coauthors = | title =Dr. Roger Penrose at Penn State University | work = | publisher = | date = | url =http://www.phys.psu.edu/people/display/index.html?person_id=233&mode=contact. | format = | doi = | accessdate = 2007-07-09]

Penrose is married to Vanessa Thomas, with whom he has one child. He has three sons from a previous marriage, to American Joan Isabel Wedge (1959).

Penrose has written controversial books on the connection between fundamental physics and human consciousness. In "" (1989), he argues that known laws of physics are inadequate to explain the phenomenon of human consciousness. Penrose hints at the characteristics this new physics may have and specifies the requirements for a bridge between classical and quantum mechanics (what he terms , CQG). He claims that the present computer is unable to have intelligence because it is a deterministic system that for the most part simply executes algorithms, as a billiard table where billiard balls act as message carriers and their interactions act as logical decisions. He argues against the viewpoint that the rational processes of the human mind are completely ic and can thus be duplicated by a sufficiently complex computer -- this is in contrast to views, e.g., , that human behavior but not consciousness might be simulated. This is based on claims that human consciousness transcends systems because things such as the insolubility of the and restrict an algorithmically based logic from traits such as mathematical insight. These claims were originally made by the philosopher John Lucas of Merton College, Oxford, and were also discussed by the mathematician H. J. Pringle.

In 1994, Penrose followed up "The Emperor's New Mind" with "" and in 1997 with "", further updating and expanding his theories. Penrose's views on the human thought process are not widely accepted in scientific circles. According to , because people can construe false ideas to be factual, the process of thinking is not limited to formal logic. Furthermore, he says that (AI) programs can also conclude that false statements are true, so error is not unique to humans.

Penrose and have speculated that human is the result of quantum gravity effects in s, which they dubbed (orchestrated objective reduction). But , in a paper in "Physical Review E", calculated that the time scale of neuron firing and excitations in microtubules is slower than the decoherence time by a factor of at least 10,000,000,000. The reception of the paper is summed up by this statement in his support: "Physicists outside the fray, such as IBM's John Smolin, say the calculations confirm what they had suspected all along. 'We're not working with a brain that's near absolute zero. It's reasonably unlikely that the brain evolved quantum behavior', he says." The Tegmark paper has been widely cited by critics of the Penrose-Hameroff proposal. It has been claimed by Hameroff to be based on a number of incorrect assumptions (see linked paper below from Hameroff, Hagan and Tuszyński), but Tegmark in turn has argued that the critique is invalid (see rejoinder link below). In particular, Hameroff points out the peculiarity that Tegmark's formula for the decoherence time includes a factor of in the numerator, meaning that higher temperatures would lead to longer decoherence times. Tegmark's rejoinder keeps the factor of for the decoherence time.

Penrose has been awarded many prizes for his contributions to science. He was elected a of the Royal Society of London in 1972. In 1975, and Penrose were jointly awarded the of the . In 1985, he was awarded the . Along with , he was awarded the prestigious Wolf Foundation Prize for Physics in 1988. In 1989 he was awarded the Dirac Medal and Prize of the British . In 1990 Penrose was awarded the for outstanding work related to the work of by the . In 1991, he was awarded the Naylor Prize of the . From 1992 to 1995 he served as President of the [http://grg.maths.qmul.ac.uk/grgsoc/ International Society on General Relativity and Gravitation] .In 1994, Penrose was knighted for services to science. [ [http://www.gazettes-online.co.uk/ViewPDF.aspx?pdf=53696&geotype=London&gpn=2&type=ArchivedSupplementPage&exact=Roger%20Penrose Official announcement knighthood.] . .] In 1998, he was elected Foreign Associate of the . In 2000 he was appointed to the Order of Merit. In 2004 he was awarded the for his wide and original contributions to mathematical physics. To quote the citation from the [http://www.lms.ac.uk/activities/prizes_com/citations04.html London Mathematical Society] ::"His deep work on General Relativity has been a major factor in our understanding of black holes. His development of Twistor Theory has produced a beautiful and productive approach to the classical equations of mathematical physics. His tilings of the plane underlie the newly discovered quasi-crystals."In 2005 Penrose was awarded an honorary doctorate () by and (Belgium), and in 2006 by the . He is also a Distinguished Supporter of the .

Penrose also wrote a forward to "".

* [http://www.youtube.com/watch?v=pEIj9zcLzp0 Penrose interview on the Big Bang]
* [http://www.youtube.com/watch?v=xiYDc1LA0I4&feature=user Penrose on sidestepping reason]
*MacTutor Biography|id=Penrose
* [http://www.ams.org/bull/pre-1996-data/199507/199507015.pdf Hilary Putnam's review of Penrose's 'Shadows of the Mind' claiming that Penrose's use of Godel's Incompleteness Theorem is fallacious]
** [http://psyche.csse.monash.edu.au/v2/psyche-2-23-penrose.html Beyond the Doubting of a Shadow: A Reply to Commentaries on Shadows of the Mind]
* [http://www.sciencenews.org/articles/20070224/mathtrek.asp Penrose Tiling found in Islamic Architecture]
* [http://www.sciencenews.org/sn_arch/10_12_96/bob1.htm Two theories for the formation of quasicrystals resembling Penrose tilings]
*Tegmark, Max. 2000. " [http://www.arxiv.org/abs/quant-ph/9907009 The importance of quantum decoherence in brain processes] ". "Physical Review E". vol 61. pp. 4194-4206.
**" [http://www.quantumconsciousness.org/pdfs/decoherence.pdf Biological feasibility of quantum states in the brain] " -(a disputation of Tegmark's result by Hagan, Hameroff, and Tuszyński)
*** [http://space.mit.edu/home/tegmark/brain.html Tegmarks's rejoinder to Hagan "et al"]
* [http://web.archive.org/web/20050312084035/http://www.parascope.com/articles/slips/fs_151.htm "Toilet Paper Plagiarism"] – D. Trull about Penrose's lawsuit concerning the use of his Penrose tilings on toilet paper
* [http://plus.maths.org/issue18/features/penrose/index.html Roger Penrose: A Knight on the tiles (Plus magazine)]
* [http://www.giffordlectures.org/Author.asp?AuthorID=254 Penrose's Gifford Lecture biography]