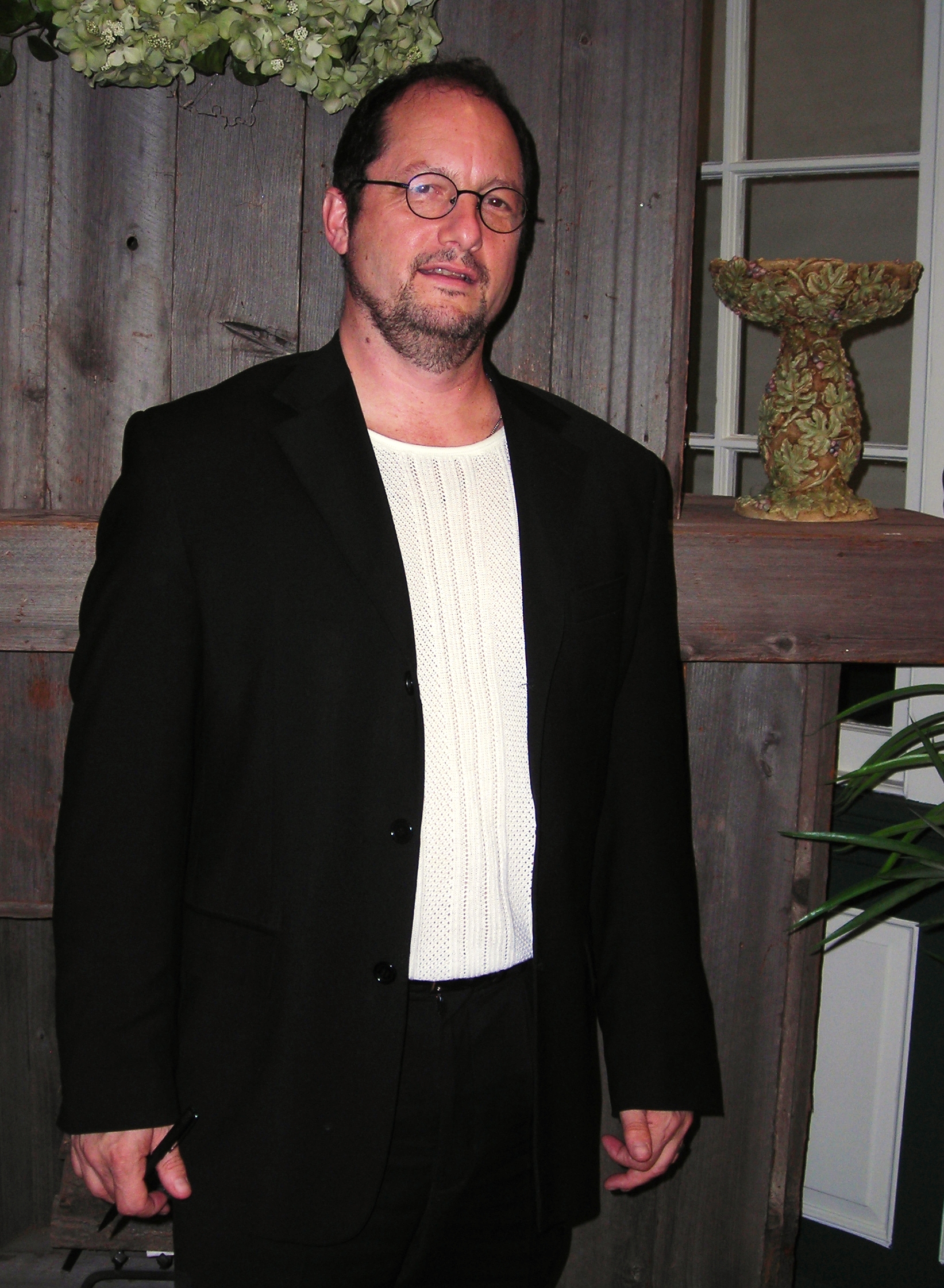 Bart D. Ehrman is an American scholar and textual critic of . He is the James A. Gray Distinguished and Chair of the Department of at the . He has researched the source materials for the . His research proposes that the Biblical text was unintentionally altered by scribes and intentionally altered for a variety of reasons.

Ehrman began studying the Bible and its original languages at the and is a 1978 graduate of in . He received his Ph.D and M.Div. from , where he studied under . He currently serves as the chairman of the Department of Religious Studies at the . He was the President of the Southeast Region of the , and worked closely as an editor on a number of the Society's publications. Currently, he co-edits the series "New Testament Tools and Studies".

Much of Ehrman's writing has concentrated on various aspects of 's thesis that Christianity was always diversified or at odds with itself. Ehrman is often considered a pioneer in connecting the history of the early church to textual variants within biblical manuscripts and in coining such terms as "." In his writings, Ehrman has turned around . From the time of the , it was the heretics (Marcion, for example) who were charged with tampering with the biblical manuscripts. Ehrman theorizes that it was more often the Orthodox that "corrupted" the manuscripts, altering the text to promote particular viewpoints. He has authored or contributed to nineteen books.

Ehrman became an Evangelical Christian as a teen. His desire to understand the original words of the Bible led him to the study of ancient languages and to textual criticism, to which he attributes the inspiration for an ongoing critical exploration of the basis of his own religious beliefs, which in turn gradually led to the questioning of his faith in the Bible as the inerrant, unchanging word of God. He now considers himself an . [cite news |title=Q&A: Bart Ehrman: Misquoting Jesus |url=http://www.publishersweekly.com/article/CA6301707.html |accessdate=2007-05-31] ["In the church of his youth in Lawrence [Kansas}, with nearly every pew at capacity last week, Bart D. Ehrman, chairman of the department of religious studies at the University of North Carolina at Chapel Hill, announced that he was an agnostic. He joked that atheists think agnostics are wimpy atheists and that agnostics think atheists are arrogant agnostics." "Agnostic's questions have biblical answers," Vern Barnet, "Kansas City Star", 23 April 2008] Nevertheless, Ehrman has kept ongoing dialogue with evangelicals. In March 2006, he joined theologian in public debate on the question "Is There Historical Evidence for the Resurrection of Jesus?" on the campus of the . [ [http://www.holycross.edu/departments/crec/website/resurrdebate.htm "Is There Historical Evidence for the Resurrection of Jesus?"] From the website for The Holy Cross Center for Religion, Ethics and Culture.] In April of 2008, Ehrman and evangelical New Testament scholar participated in a public dialogue on the textual reliability of the New Testament. [ [http://www.nola.com/religion/t-p/index.ssf?/base/news-1/1206768104253200.xml&coll=1 "Scholars to debate Bible, faith"] Nolan, Bruce. "". 2008-03-30. Accessed: 2008-03-30 [http://www.webcitation.org/5WiGViUyL Reference archived at WebCite®)] ]

In 2006, he appeared on "", as well as "", to promote his book "".In 2007, he gave a speech at in which he discussed the textual inconsistencies of the New Testament, and also took questions from the audience. He has also made several guest appearances on National Public Radio (NPR) including the show in February 2008 to discuss his book "God's Problem: How the Bible Fails to Answer Our Most Important Question—Why We Suffer".

Professional awards received include the Students' Undergraduate Teaching Award, The Ruth and Philip Hettleman Prize for Artistic and Scholarly Achievement, and The Bowman and Gordon Gray Award for Excellence in Teaching.

Major themes of his works and useful terminology

Two major themes run throughout nearly all of his books and lectures. First is the desire to analyze the of claims made by ancient texts used in the creation of the , as well as many books left out of the Christian canon, and subject them to a series of criteria. Second is the desire to reveal the thousands of differences and changes in the texts some people take to be the inerrant and literal "," who it was that changed the originals (none of which have survived), and what motivations or benefit could lie behind such changes being made.

The first major theme in his books and lectures is to analyze the historical accuracy of ancient religious texts used in the creation of the . Ehrman subjects them to a series of specific criteria. The criteria are as follows:

1. Criterion of independent attestation - the more sources that mention an event, the more likely it is to be historically accurate. Multiple witnesses are better than one witness. This is akin to in modern trials. [Ehrman, Bart (2002) "The Historical Jesus" Lecture 9. The Teaching Company Lectures.] It is worth noting here that since Matthew and Luke took many stories from Mark, those instances cannot be considered independently attested. It is also worth noting that just because an event or saying is found only in one source, that alone is not evidence that it is historically inaccurate. This criterion will, however, assist in determining where the information is on a spectrum of more or less likely to be authentic.

2. Criterion of dissimilarity - the more a witness or source makes claims counter to their vested interests, the more that testimony is likely to be true. [Ehrman, Bart (2002) "The Historical Jesus" Lecture 10. The Teaching Company Lectures.] This criterion is the most controversial of the three, and does not always properly apply to ancient sources, but is valuable nonetheless as one of the tools to evaluate historical reliability. In short, if a supposed saying or deed of Jesus seems to go against or does not support the supposed agenda of its record's author, then it is considered more likely to be historically accurate.

3. Criterion of contextual credibility - states that "the sayings, deeds, and experiences of Jesus must be plausibly situated in the historical context of first-century Palestine to be trusted as reliable." [Ehrman, Bart (2002) "The Historical Jesus" Lecture 10. The Teaching Company Lectures.] Whereas the first two criteria serve to place a tradition on a spectrum of more or less historically reliable, this criterion is used exclusively to argue against the historicity of a tradition.

What changes were made, by whom, and why?

A second major theme that runs through his more recent works is the analysis of why such biblical variations are there. The vast majority of the literally hundreds of thousands of differences are due to the unintentional mistakes of scribes.

Two key examples will be given here to illustrate the critical nature of the variations. Two of the most striking additions that could not possibly be attributed to unintentional scribal error occur in the last 12 verses of the and in .

In the , Ehrman claims that the last 12 verses have been added on to the original text many years later. Unlike some other scribal errors that had little bearing on the major tenets of Christian , this addition to the text has had vast ramifications. In Mark, Jesus' reappearance to his disciples is mentioned only in the 12 verses that were added to the original. Ehrman indicates that when one considers that the is generally regarded to be the earliest of the three , and most likely one of the primary sources for the Gospels of both Matthew and Luke, it becomes apparent that the addition of these 12 verses could have had a monumental effect.

In , where we find a well known Biblical reference to the doctrine of the , Ehrman notes that this section appears in no Greek manuscript before the 9th century.

In a review of "Misquoting Jesus", Daniel B. Wallace,Executive Director of the Center for the Study of New Testament Manuscripts, wrote,"Unfortunately, as careful a scholar as Ehrman is, his treatment of major theological changes in the text of the NT tends to fall under one of two criticisms: Either his textual decisions are wrong, or his interpretation is wrong." Wallace also wrote,"One almost gets the impression that he is encouraging the Chicken Littles in the Christian community to panic at data that they are simply not prepared to wrestle with." [http://benwitherington.blogspot.com/2006/03/misanalyzing-text-criticism-bart.html] [ Wallace, Daniel B, [http://findarticles.com/p/articles/mi_qa3817/is_200606/ai_n17176283/pg_1?tag=artBody;col1 "The Gospel According to Bart: A Review Article of Misquoting Jesus by Bart Ehrman,"] "Journal of the Evangelical Theological Society", June 2006 (also available at [http://www.bible.org/page.php?page_id=4000 Bible.org] )] Ehrman's conclusions have also been challenged and Thomas Howe. [Craig L. Blomberg, [http://www.denverseminary.edu/article/misquoting-jesus-the-story-behind-who-changed-the-bible-and-why/ "Review of Misquoting Jesus: The Story Behind Who Changed the Bible and Why,"] Denver Seminary, February 2006] [Thomas Howe, [http://www.isca-apologetics.org/A%20Response%20to%20Bart%20Ehrman.pdf "A Response to Bart Ehrman's Misquoting Jesus,"] "International Society of Christian Apologetics,"]

It has also been claimed that much of Ehrman's contention with the veracity of the biblical manuscripts stems from assumptions he had as an evangelical Christian about what is meant by , as well as what is meant by the claim that the New Testament writings were divinely inspired by God. [http://www.lifeway.com/lwc/article_main_page/0%2C1703%2CA%25253D162018%252526M%25253D200789%2C00.html?] Various Christian denominations have a different view of inerrancy than Ehrman did (sometimes using the term "infallible" instead), as well as a different understanding of what divine inspiration entails, [http://www.reformed.org/documents/index.html?mainframe=http://www.reformed.org/documents/icbi.html] and are thus precluded from having to wrestle with many of the problems Ehrman had been unprepared to deal with.

Ehrman has two children, a daughter, Kelly, and a son, Derek. After divorcing his first wife, he married Sarah Beckwith (Ph.D., ), Marcello Lotti Professor of English at . He lives in Durham, North Carolina.