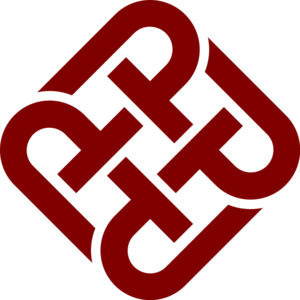 The Hong Kong Polytechnic University (PolyU, zh-t|t=香港理工大學) is a university with a proud and illustrious history. It has pioneered the provision of professional education in . Over the past decades, the Institution has inspired generations of young people who are applying their knowledge for the benefit of society, and has made longstanding contributions to the development of Hong Kong and the Chinese mainland.

The University is the sole provider of full-time degree or higher diploma programmes in Hong Kong in the following areas: , , and , , international shipping and transport , medical laboratory science, , , and . Apart from nurturing professional talents for society, PolyU makes significant contributions to the economy with its expanding range of consultancy, professional training and research services. Through these activities, the University maintains strong partnership with the business and industrial sectors.

The current President of the University is Prof. .

The origins of this Institution can be traced back to 1937 with the founding of the Government Trade School. Situated in Wood Road, , the School was the first publicly funded, post-secondary technical institution in .

After , the School became the Hong Kong Technical College in 1947, offering both full-time and part-time courses. The year 1957 saw the opening of the new premises of the College in .

The Hong Kong Polytechnic was formally established on 1 August 1972, taking over the campus and staff of the Hong Kong Technical College. Its was to provide professionally-oriented in meeting the community's need for professional manpower.

Having gained approval from the University and Polytechnic Grants Committee for self-accreditation of degree programmes, the Institution assumed full university status on 25 November 1994, changing its name to The Hong Kong Polytechnic University.

Today, PolyU is a fully-fledged institution of higher learning and offers more than 130 , and sub-degree programmes, supported by more than 1,000 academic and research staff members from different parts of the world.

According to a survey conducted by in 2006, an established authority in compiling [http://scientific.thomson.com/webofknowledge/aboutwok2.html Science Citation Index] , PolyU has been ranked number one in the world on the number of papers published in leading journals from 2003 to 2005 in the field of .

PolyU's [http://jht.sagepub.com/cgi/reprint/29/3/356.pdf School of Hotel and Tourism Management] was rated fourth best in the world, according to a study released in the international [http://www.sagepub.com/journalsProdDesc.nav?prodId=Journal200848 Journal of Hospitality and Tourism Research] in August 2005, the only non- based institution on the top-five list. Besides, the School was the recipient of 2003 Institutional Achievement Award from International Society of Travel and Tourism Educators for innovation and contribution to the field of .

Design school rated among top in the world

Surveys by the magazine in 2006 showed that PolyU's [http://bwnt.businessweek.com/dschools/2006/ School of Design] ranked among the top 60 in the world and among the ten best in .

Faculty of Business ranked among the top 100 business schools

PolyU's Graduate School of is ranked [http://somweb.utdallas.edu/top100Ranking/searchRanking.php?t=w 78th in a worldwide ranking] of business schools conducted by the (UTD) in the . The ranking was based on the research contributions of staff to leading business journals during 2003-2007.

Finance research ranked among the top in the Asia-Pacific region

Among Asia's best in Operations Research and Management Science

According to a recent study published in the Journal of in 2008, PolyU ranks as the fourth most productive institution among all Asian countries in publishing research papers in the area of and , topping other universities in .

Teaching excellence in Building Services Engineering Department of has been honoured with the Happold Brilliant Award for Excellence in Teaching 2005/06 by the -based , in recognition of its contributions to the and in the field.

PolyU researchers have successfully developed a new to cure . This breakthrough has not only won a Special Gold Award in the 33rd International Exhibition of Inventions, New Techniques and Products of in April 2005, but also gives a ray of hope for patients. The new , BCT-100, is the first developed in that has been able to come to the stage of clinical trial. This achievement is an important milestone in the development of and pharmaceutical industry in .

Rock Corer, a rock sampling tool jointly developed by leading PolyU engineers and a local dentist, became the first Chinese made instrument launched to space in a spacecraft, Beagle2 Lander, for exploration on 3 June 2003. In March 2007, following the signing of space collaboration agreement between and , scientists at PolyU started to develop another sophisticated space tool, known as the Soil Preparation System, for a mission to , one of the two moons of , onboard a Russian spacecraft. These space tools were critically important to help unlock the mystery of on .

The University signed a collaborative agreement with the Lunar Exploration Programme Centre of (CNSA) on 27 April 2006 to nurture talents and foster academic exchange and research collaboration in support of the lunar exploration projects. At the invitation of CNSA, PolyU's Institute of and Clothing has designed anti-static work clothes for CNSA staff at the Control Centre during China's space mission.

Partner in research and technology development for the 2008 Beijing Olympics

With the expertise available in the Faculty of and , PolyU has been designated as a collaborative partner of the in preparation for the 2008 and has sent forth experts to prepare national athletes for the .

The first and only one Confucius Institute in Hong Kong

The Institute of Hong Kong was officially inaugurated on 12 May 2006. PolyU was authorized by the China National Office for Teaching Chinese as a Foreign Language to set up and run the first and only in to further promote Chinese language and culture in the territory.

The first Hong Kong R&D centre for textile and clothing

Financed by the Innovation and Technology Fund, the first R&D Centre for and Clothing was set up at the Institute of and Clothing in 2006. The Centre will undertake industry-oriented research in technologies for the Region, and provide support and solutions that are tailored for the specific requirements of the industry.

The Big Mouth Corner, first started in 2002 following the success of its predecessor the Chat Point, is a weekly English conversation forum organised by the English Club of the University. Local students and young native English speakers (who serve as English facilitators) participate in the BMC. As of May 2005, over 1,000 PolyU students have joined this activity.

PIFS is a student society run by the English Language Centre. It screens up to 5 movies each semester with an objective to show a range of movies from around the World. Recent movies shown had included 'The Motorcycle Diaries' when the Hong Kong Legislative Councillor was a guest speaker. [http://elc.polyu.edu.hk/filmsociety/06-07sem2/PIFS_7th_Ceremony_2007.wmv] PIFS has also started its own [http://pifs-06-07.blogspot.com/ blog] .