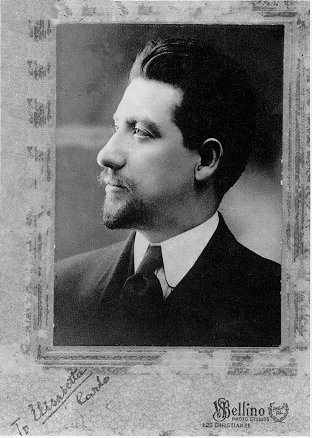 He was active as the branch secretary of the Italian Railroad Workers' Federation and editor of the newspaper "Il Germe". Tresca moved to the United States in 1904, to escape a prison term for his radical political activities in Italy. He settled in , where he became the editor of "Il Proletario", the official newspaper of the (ISF). Tresca helped shift the political orientation of the ISF to .

Tresca's political views became increasingly more radical and he soon came to identify himself as an anarchist. Tresca resigned as editor of "Il Proletario" and began publishing his own newspaper, "La Plebe". He would later transfer "La Plebe" to Pittsburgh and, with it, revolutionary ideas to Italian miners and mill workers in Western .

Tresca joined the (IWW) in 1912, when he was invited by the union to to help mobilize the Italian workers during a campaign to free strike leaders and , who were in prison on false murder charges. After the victorious strike in Lawrence, Tresca was active in several strikes across the United States; the textile workers' strike (1912), the hotel workers' strike (1913), the Paterson silk strike (1913), and the , , miners' strike (1916).

Opposition to fascism, Stalinism, and the Mafia

, and frequently spoke in their defense at rallies and in articles.

During the 1930s, Tresca became an outspoken opponent of Soviet Communists and , particularly after the had engineered the destruction of the anarchist movement in and during the . Prior to this, Tresca had supported the , reasoning that a was preferable to a capitalist state, regarding Soviet Communists as allies in the fight against Fascism.

In early 1938 Tresca publicly accused the Soviets of ping to prevent her defection from the underground apparatus. Tresca alleged that, before she had disappeared, Poyntz had talked to him about her disgust over 's Great Terror. In 1941 Tresca, in a revealing moment, admitted to that was guilty of the crime with which he was charged, though Vanzetti was innocent.

In New York, Tresca also began a public campaign of criticism of the Mafia in his weekly newspaper, "Il Martello". Tresca appeared to be well aware of the risk he was running to his life. At the end of an article published shortly before his death, Tresca stated, "Morris Ernst, my attorney, knows all the facts. He knows that if an anti-fascist is assaulted or killed, the instigator is Generose Pope" (this is believed to be a reference to Generoso Pope Sr., a New York political power broker with ties to mobster , whose Italian-American newspaper interests included the "Corriere d'America" and the daily "Il Progresso Italo-Americano").

By 1943 Tresca, on parole at the time, was under police surveillance. On January 9, 1943, his surveillance team witnessed an incident in which a speeding car attempted to run Tresca over.

Two days later, Tresca was leaving his parole officer's offices when he dodged surveilling officers by jumping into a car that was waiting for him. Two hours later, Tresca was crossing Fifth Avenue on foot when a black Ford pulled up beside him. A short, squat gunman in a brown coat jumped out and shot Tresca in the back and head with a handgun, killing him instantly. The black Ford was later found abandoned nearby with all four doors open. It was widely believed at the time that Mafia enforcer was the suspected assassin, acting on orders from , who was at the time intent on gaining Mussolini's favor by eliminating a long-time enemy.

Others have theorized that Tresca was eliminated by the as retribution for criticism of the Stalin regime of the Soviet Union.