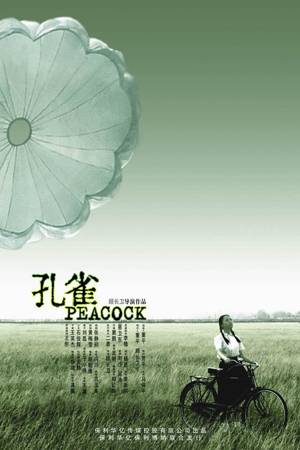 Original runtime was over four hours, but was reduced to 144 minutes for theatrical release.

The story is set in the 1970s in a small town in China. A middle aged couple has three children. The eldest son is obese and mentally challenged, therefore he is outcast and teased by others. The second child is an outgoing and energetic daughter, who is not afraid of doing anything to pursue her dreams or to survive. The youngest child is a shy and quiet boy who is ashamed by his older brother and tries to break away from the misery in his family. Breaking into three sections focusing on each of these siblings, the film allows us to look into the lives of ordinary Chinese people in the 70s.

* as Gao Weihong, sister; a young woman who wishes to join the local paratrooper unit of the .
* as Gao Weiguo, elder brother.
* as Gao Weigiang, younger brother.
* as mother of the Gao family.
* as father of the Gao family.
* as Guo Zi
* as Jin Zhi, the wife of Weiguo in an arranged marriage.
* as Paratrooper, a soldier who lands one day in a field near the Gao family's home.
* as Xiaowang, the driver for a local official who married Weihong.
* as Zhang Lina, a singer and wife of the youngest sibling, Weigiang
* as Zhang Xi
* as Godfather, an accordion player who strikes up a friendship with Weihong.
* as a teacher
* as Tao Meiling
* as a blind man