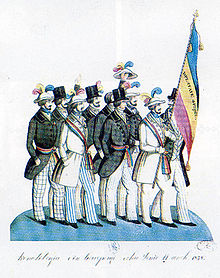 A poster of the 1848 Revolution in Romania evidencing the national flag.

During the period of Austro-Hungarian rule in Transylvania and Ottoman suzerainty over Wallachia and Moldavia, most Romanians were treated as second-class citizens (or even non-citizens) in their country. In some Transylvanian cities, such as Braşov (at that time the Transylvanian Saxon citadel of Kronstadt), Romanians were not even allowed to reside within the city walls.

România seen by Cezar Bolliac, a leader of 1848 Wallachian revolution. Map dated from 1855.

The Romanians looked for support firstly from Russia, who they thought would help the Romanian Orthodox people in their struggle against the Islamic Ottoman empire. However, Russia's expansionist goals after annexing Bessarabia in 1812, made them suspicious that they would just become part of another far-flung empire. Since Austria also had similar goals, as shown by the annexations of Oltenia (1718–1739) and Bukovina (1775), the Romanians started looking for allies in Western Europe.

In the Romantic era, the concept of a national state emerged among the Romanians, as among many other peoples of Europe and a national awakening began. Defining themselves against the nearby Slavs, Germans, and Hungarians, the nationalist Romanians looked for models of nationality in the other Latin countries, notably France.

The unsuccessful Tudor Vladimirescu's rebellion in 1821 was followed by the Revolutions of 1848 in Moldavia, Wallachia, and Transylvania which sought complete independence for the first two and national emancipation in the third. These goals were unfulfilled, but were the basis of the subsequent revolutions. The Great Powers did not support the Romanians' expressed desire to unite in a single state, forcing Romania to proceed alone against the Turks. The electors in both Moldavia and Wallachia chose the same person – Alexandru Ioan Cuza – as prince (Domnitor in Romanian). Thus, Romania was created as a personal union, albeit a Romania that didn't include Transylvania, where Romanian nationalism inevitably ran up against Hungarian nationalism. For some time yet, Austria-Hungary, especially under the Dual Monarchy of 1867, would keep the Hungarians firmly in control, even in parts of Transylvania where Romanians constituted a local majority.

In 1861 the Transylvanian Association for the Literature and Culture of the Romanians (ASTRA) was founded in Sibiu (then Hermannstadt), protected by an uncommonly enlightened local government composed largely of Transylvanian Saxons (Germans). 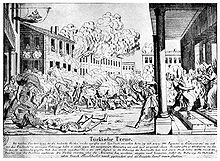 The end of the uprising in Bucharest 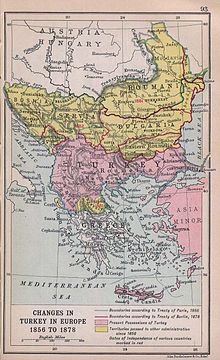 The Greek uprising was supported by the Wallachian uprising of 1821. The movement, which was started about the same time by the ennobled peasant, Tudor Vladimirescu, for the emancipation of the lower classes, soon acquired, therefore, an anti-Greek tendency. Vladimirescu was executed by the Etaireía; the latter were completely checked by the Turks, who, grown suspicious after the Greek rising and confronted with the energetic attitude of the Romanian nobility, consented in 1822 to the nomination of two native boyars, Ioniţă Sandu Sturdza and Grigore IV Ghica, recommended by their countrymen, as princes of Moldavia and Wallachia, respectively. The iniquitous system of 'the throne to the highest bidder' had come to an end.

The Phanariote regime in Wallachia and Moldavia ended after the uprising of 1821. The 1829 Treaty of Adrianople (called also Treaty of Edirne), was settled between Russia and the Ottoman Empire. Turkey gave Russia access to the mouths of the Danube and additional territory on the Black Sea, opened the Dardanelles to all commercial vessels, commerce is liberated for cereals, live stocks and wood, granted autonomy to Serbia, promised autonomy for Greece, and allowed Russia to occupy Moldavia and Walachia until Turkey had paid a large indemnity.

The Crimean War was provoked by Russian tsar Nicholas I's continuing pressure on the dying Ottoman Empire, and by Russia's claims to be the protector of the Orthodox Christian subjects of the Ottoman sultan. Britain and France became involved in order to block Russian expansion and prevent Russians from acquiring control of the Turkish Straits and eastern Mediterranean.

Russia was defeated in the Crimean War (1853–1856). The peace Congress in Paris (February-March 1856) decided that Wallachia and Moldavia, which had been under Ottoman suzerainty, were now placed under the collective guarantee of the seven powers that signed the Paris peace treaty. These powers then declared that local assemblies be convened to decide on the future organisation of the two principalities. The Treaty of Paris also stipulated: the retrocession to Moldavia of Southern Bessarabia, which had been annexed in 1812 by Russia (the Cahul, Bolgrad and Ismail counties); freedom of sailing on the Danube; the establishment of the European Commission of the Danube; the neutral status of the Black Sea.

As a result, Wallachia and Moldavia both elected Alexander John Cuza in 1859 as their prince, creating a personal union. This personal union was turned into a state union, named Romania, which in 1866 adopted prince Carol from the Hohenzollern-Sigmaringen family as its monarch.