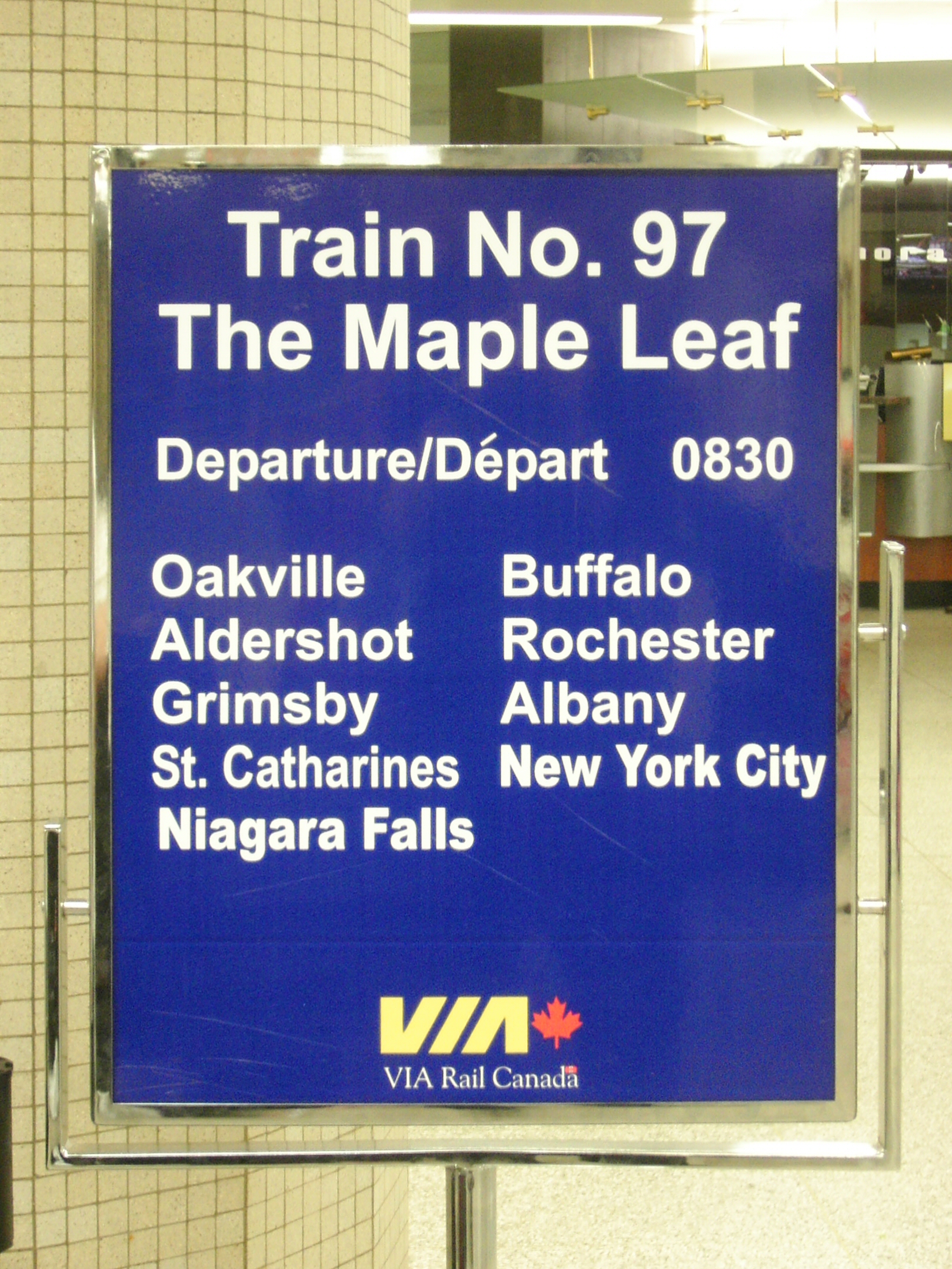 infobox rdt|Amtrak VIA Maple Leaf
map_state = The "Maple Leaf" is a 875-kilometre (544 mi) route operated jointly by and from 's Pennsylvania Station to 's Union Station via Albany, Syracuse, Rochester and Buffalo. The train travels during the day and takes approximately 12 hours for the 875-kilometre (544 mi) journey. Around two hours of this is required for s at . Amtrak rolling stock is used exclusively although staffed by VIA while in Canada. A change of is made at Albany.

East of the border crossing, the line is shared with "Empire Service" trains.

The original "Maple Leaf" passenger train was a service between and . The trains terminated or originated at Chicago's and Toronto's Union Station and ran on a route through , Port Huron, Flint, Lansing, and and . The route between Chicago and Port Huron is still served by Amtrak trains 365 and 364 now called the "Blue Water" service. "The Maple Leaf" name was later applied to a joint / overnight service between New York City and Toronto. The last LV/CN Maple Leaf ran on Feb. 4, 1961.

The "Maple Leaf" crosses the via the , but the owners of the bridge (the ) are reportedly considering abandonment of its rail deck unless rail users pay for imminently necessary repairs. The "Maple Leaf" is currently the only user of this bridge, as CN funnels its traffic over the . There is no viable alternative for the "Maple Leaf" as the is abandoned and the International Railway Bridge does not easily connect to the Niagara Falls VIA station. Thus, abandonment of the rail deck of the Whirlpool Rapids Bridge will mean an end to the "Maple Leaf".