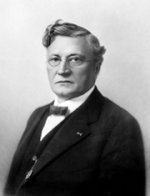 Thomas Chipman McRae was born at Mount Holly in . He attended Soule Business College and graduated with a law degree from .

In 1917 and 1918, McRae was president of the Arkansas ; in the latter year he took part in the Arkansas Constitutional Convention.

McRae was known as a relative liberal on racial matters and attempted to take action against . In 1921 he ordered Mississippi County sheriff's deputies to bring a black prisoner directly to Little Rock from to avoid local hostility in the community where he was charged. The deputies ignored the order and the prisoner was killed when he arrived in Mississippi County.

After the end of his terms, McRae was appointed special Chief Justice of the Arkansas Supreme Court. He was elected a life member of the Arkansas Democratic State Convention in 1926, and engaged in the practice of law and banking until his death in 1929.

Thomas McRae is buried at the DeAnn Cemetery in .

McRae was a cousin of , a U.S. Representative from Georgia.