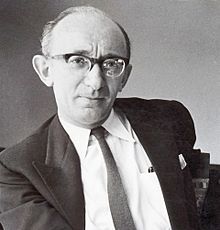 Curzon studied at the Royal Academy of Music where he won the prestigious Macfarren Gold Medal in 1924, at the age of 17, Curzon was the youngest pupil ever to have been accepted into the senior school. In the same year he was made one of seven sub-professors, and completed his studies in 1926.

His public debut was at a Prom in 1923, when he played a Bach triple concerto under Henry J. Wood. Between 1928 and 1930 he took further instruction from Artur Schnabel in Berlin. He then studied under Wanda Landowska and Nadia Boulanger in Paris. He toured throughout Europe and the United States.

Curzon was particularly well known for his interpretations of Mozart and Schubert. Even though he left a considerable recording legacy, his distaste for recordings was well known, and he very often prohibited the release to the public of records which he felt were not up to his best standard. In his earlier years he had been noted for his championing of modern music; Lennox Berkeley's Piano Sonata is dedicated to him. Later, he tended to stay with the eighteenth- and nineteenth-century Austro-German repertoire.

In 1953, Curzon was appointed a Commander of the Order of the British Empire (CBE) and in 1977 he was knighted. In 1980 he received the Royal Philharmonic Society Gold Medal.

During his premiership, Edward Heath invited musician friends, such as Clifford Curzon and the Amadeus Quartet, to perform at either Chequers or 10 Downing Street.

Curzon's uncle was Albert Ketèlbey, and he described his childhood to an interviewer on the BBC programme Desert Island Discs:

In 1931 Curzon married the American harpsichordist and pianist, Lucille Wallace. The Curzons had no children of their own, but when the great soprano Maria Cebotari died (aged 39) in Vienna in 1949, they adopted her two orphaned sons.

A pacifist and member of the Peace Pledge Union, Curzon was a conscientious objector in the Second World War.

Curzon died in September 1982, aged 75. He is buried next to his wife in the churchyard of St Patrick's, Patterdale, near their house in the Lake District. On his gravestone are inscribed the opening words of Schubert's "An die Musik:" "Du holde Kunst" (O fairest art).