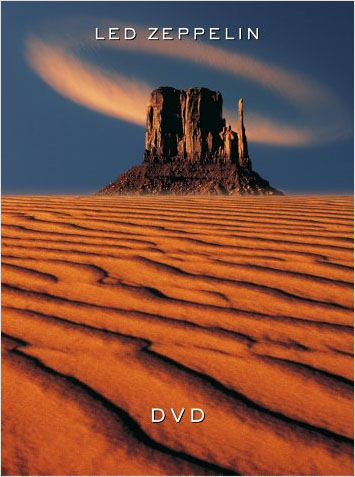 "Led Zeppelin" is a double set by the English rock band . The recording of the DVD spans the years from to and includes performances from the Royal Albert Hall in 1970, Madison Square Garden in 1973, Earls Court in 1975, and Knebworth in 1979, plus other footage. The DVD was released in the on , and the on , . Bootleg footage from some of the concerts is interspersed with the professionally shot material. Led Zeppelin guitarist, and producer of the DVD, , put out an open request for bootleg footage for specific concert dates to bootleg traders, many of whom complied.Fact|date=November 2007

Much of the footage was painstakingly restored for almost a year. Some of the video tapes were so old and brittle, they had to be baked in ovens in order to regain their flexibility. The audio portions were digitally remixed for stereo and 5.1 surround mixes.

The certified the "Led Zeppelin DVD" at 10.00x platinum on July 7, 2003, in recognition of 500,000 shipments in the United States alone. It was, for three years the highest selling music DVD in America. As of November 2007, the DVD has had an overwhelmingly positive number of reviews on website Amazon, with 559 out of 617 reviewers giving it five stars. [ [http://www.amazon.com/dp/B00008PX8P Amazon.com: Led Zeppelin: Robert Plant,Jimmy Page,John Paul Jones,John Bonham,Dick Carruthers: Movies & TV ] ]

ABC "Get To Know" - ,
* Robert Plant and Jimmy Page after concert interviews with Jeune Pritchard

West and East Mitten Buttes, photographed from the visitor centre at the Navajo Tribal Park located at , .

* [http://www.thegardentapes.co.uk/dvd.html The Garden Tapes - analysis of live tracks edits for the DVD]