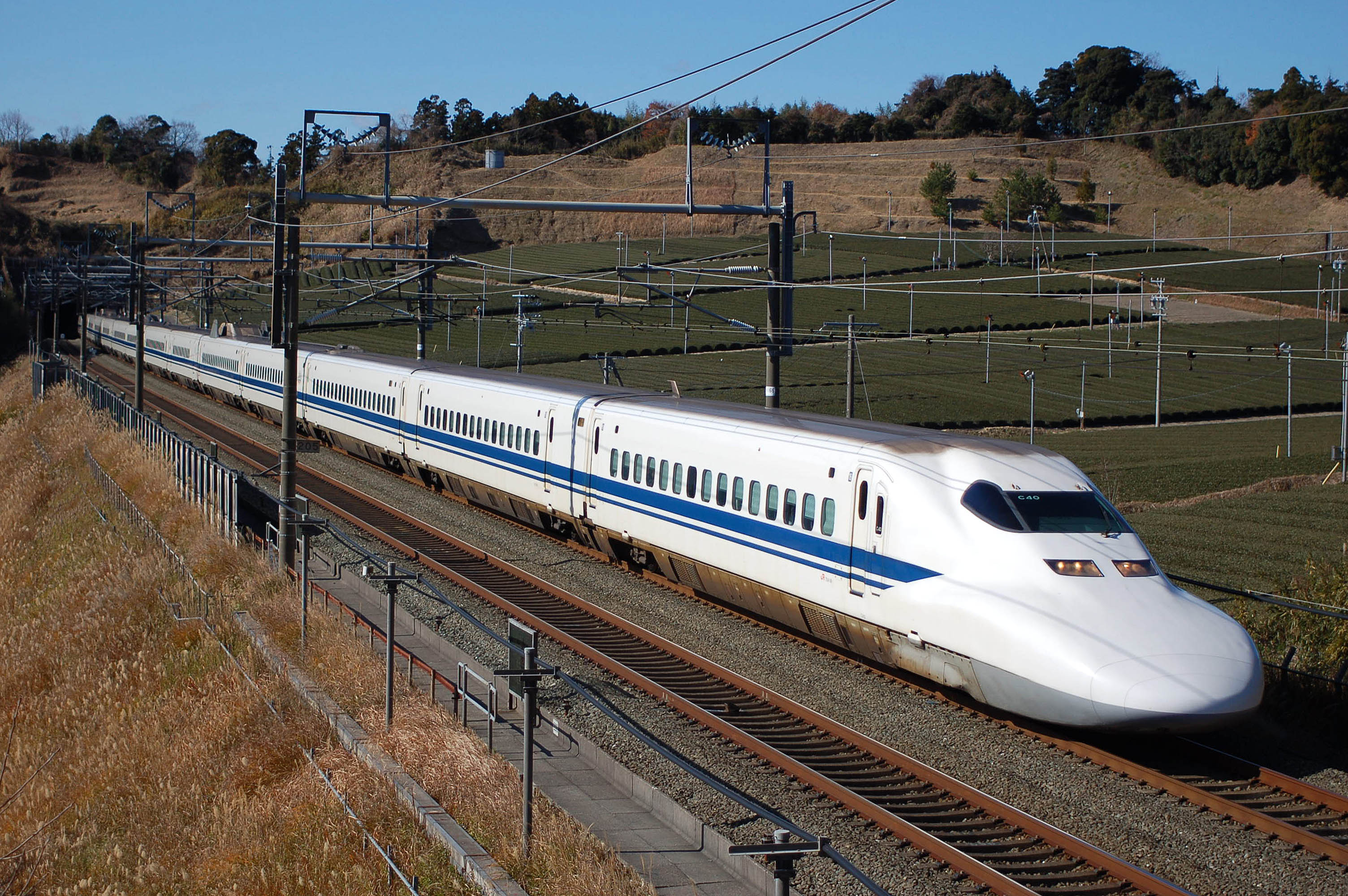 The 700 Series Shinkansen trainsets for 's dedicated high-speed rail lines were built between 1997 and 2004, entering service in 1999. The design goal was to produce a train almost as fast as the but at a substantially lower cost. This goal was met, and 83 trains have been built and are in service. Top speed in service is 285 km/h (177 mph), but given that speeds higher than that are only permitted on a few stretches of line, the journey time is actually only a little longer than for a 500 series.

Unlike the sleek 500 series, the 700 series is characterized by its flat 'duck-bill' nose. 16-car units are painted white with blue stripes beneath the windows, and are used for Nozomi, Hikari, and Kodama services on the Tōkaidō and Sanyo lines, while 8-car units used for the Hikari Rail Star services have a darker livery (grey with black window areas and a yellow stripe beneath the windows) which also acts to visually deemphasize the units' nose area, resulting in a more streamlined impression.