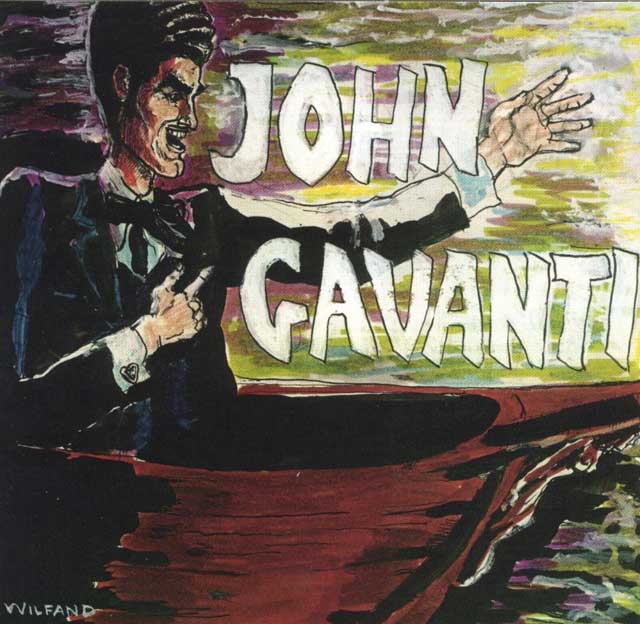 The opera is a loose retelling of Mozart's opera "", which in turn is based on the legend of . The title character is a libidinous figure endowed with magical powers, and the songs of the opera follow him on a series of adventures, many of them involving the pursuit of various females, including a female lion, a young girl, and a grandmother "in the beautiful autumn of life."

Cunningham writes about the project on his personal [http://www.convolution7.ws/mark/bands/john.htm website] :

"John Gavanti was, in a sense, a band, as we spent over a year developing and rehearsing the work. It consisted of Sumner Crane, the author of the libretto and songs, Don Burg, altar ego of China Burg, and myself as well as Ikue Mori from DNA. In the recording sessions we also used Arto Lindsay and his brother Duncan on garbage lid percussion for a samba takeoff. Sumner played guitar and piano, Don and I managed to get in trumpet, trombone, baritone horn and tuba. Ikue played the viola and cello. Neither she nor Lucy had ever touched those instruments before. Sumner called the shots generally but the arrangements were collective improvs. We recorded it in NY at Sear Sound, an all vacuum tube studio later popularized by . It was released on my own label Hyrax in 1980, and sold over the years almost all the 3000 vinyl copies printed. It's now been reissued as a CD on Atavistic.

In the early eighties, some crazy Italian fans made a video of the whole opera which was really quite amazing; we figured the only way to represent it would be a big budget film, but they did it with no budget, an all male cast and lots of energy and humor. Unfortunately finding a copy is probably next to impossible."

Said music critic Glenn Kenny of ::"Some have called this the most unlistenable record ever made, and that's a fine invitation indeed."