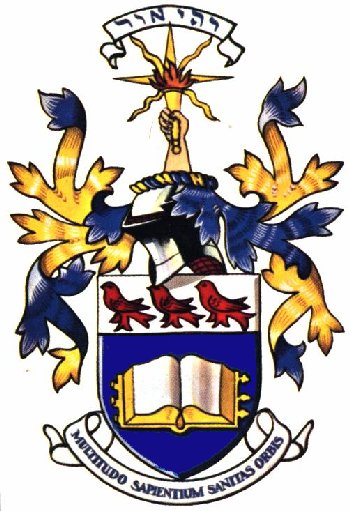 The University of Victoria (UVic) is located in , (northeast of Victoria). It is a medium-sized university, with approximately 19,500 students, as of 2006. The campus is famous for its beautiful gardens, mild climate and rabbit infestations. It attracts many students in part because of its size, its picturesque location, and its program, which is the third largest in Canada. The university is the nation's lead institution in the project, and the Canadian leader of the project.

The of UVic has the longest history of all the post secondary institutions of British Columbia dating back to 1903, beating the runner up, UBC, by 12 years. [ [http://web.uvic.ca/webcoor/graphicstandards/vid/arms.html UVic Graphic Standards - Coat of Arms ] ] [ [http://web.ubc.ca/okanagan/publicaffairs/ubcologo/guidelines.html Visual Identity Usage Guidelines ] ]

University of Victoria was established in in when an existing college of the gained autonomy as a university.

The opening in 1915 of the , established by Act of Legislature in 1908, obliged the College to suspend operations in higher education in Victoria.
a single, public provincial university created in 1908 was modelled on the American state university, with an emphasis on extension work and applied research. The governance was modelled on the provincial University of Toronto Act of 1906 which established a bicameral system of university government consisting of a senate (faculty), responsible for academic policy, and a board of governors (citizens) exercising exclusive control over financial policy and having formal authority in all other matters. The president, appointed by the board, was to provide a link between the 2 bodies and to perform institutional leadership.

In 1920, as a result of local demands, Victoria College began the second stage of its development, reborn in affiliation with the University of British Columbia. [http://www.thecanadianencyclopedia.com/index.cfm?PgNm=TCE&Params=U1ARTU0003541 ] Though still administered by the Victoria School Board, the College was now completely separated from Victoria High School, moving in 1921 into the magnificent Dunsmuir mansion known as . Over the next two decades, under Principals E.B. Paul and P.H. Elliott, Victoria College built a reputation for thorough and scholarly instruction in first- and second-year Arts and Science. It was also during this period that future author edited and served as principal cartoonist for the student newsletter, "The Microscope".

The final stage, between the years 1945 and 1963, saw the transition from two year college to university, under Principals J.M. Ewing and W.H. Hickman. [http://www.thecanadianencyclopedia.com/index.cfm?PgNm=TCE&Params=U1ARTU0003541 ] During this period, the College was governed by the Victoria College Council, representative of the parent University of British Columbia, the Greater Victoria School Board, and the provincial Department of Education. Physical changes were many. In 1946 the College was forced by postwar enrollment to move from Craigdarroch to the Lansdowne campus of the Provincial Normal School (This is the current location of the Lansdowne Campus). The Normal School, itself an institution with a long and honourable history, joined Victoria College in 1956 as its Faculty of Education. Late in this transitional period (through the co-operation of the and the ) the 284 acre (1,1 km²) now 385 acre (1.6 km²) campus at Gordon Head was acquired. Academic expansion was rapid after 1956, until in 1961 the College, still in affiliation with UBC awarded its first bachelor's degrees.

In the early part of this century, professional education expanded beyond the traditional fields of theology, law and medicine. Graduate training based on the German-inspired American model of specialized course work and the completion of a research thesis was introduced.

The policy of university education initiated in the 1960s responded to population pressure and the belief that higher education was a key to social justice and economic productivity for individuals and for society.

The university gained its autonomy in 1963 as the University of Victoria. [http://www.thecanadianencyclopedia.com/index.cfm?PgNm=TCE&Params=U1ARTU0003541 ] The University Act of 1963 vested administrative authority in a chancellor elected by the convocation of the university, a board of governors, and a president appointed by the board; academic authority was given to the senate which was representative both of the faculties and of the convocation.

The historical traditions of the university are reflected in the coat of arms, its academic regalia and its house flag. The BA hood is of solid red, a colour that recalls the early affiliation with McGill. The BSc hood, of gold, and the BEd hood, of blue, show the colours of the University of British Columbia. Blue and gold have been retained as the official colours of the University of Victoria. The motto at the top of the Arms of the University, in Hebrew characters, is "Let there be Light"; the motto at the bottom, in Latin, is "A Multitude of the Wise is the Health of the World."

The main Campus is located in the area of Greater Victoria. With a total area of 403 acres (1.6 km²), the campus spans the border between the municipalities of Oak Bay and Saanich. The original campus plan was prepared by the firm of Wurster, Bernardi and Emmons, Architects and Planners. The general concept of the original design is still being followed with the academic portions of the campus located inside Ring Road which forms a perfect circle 600 m in diameter. Outside of Ring Road are the parking lots, Student Union Building, residence buildings, the sports facilities as well as some of the academic facilities that are more self contained (Law and Theatre for example). Some of the more prominent buildings on campus are:

* Business and Economics Building - besides the obvious, this building also houses the offices of senior university administrators.
* Clearihue - Faculty of Humanities, including the Departments of English, Philosophy, Linguistics, Greek and Roman Studies, Medieval Studies, Slavonic Studies, History, Women's Studies, Pacific and Asian Studies, and languages. Also included are student computing facilities, the UVic Computer Store, and classrooms. Clearihue is the oldest building on campus, originally constructed in 1962 and augmented by an addition in 1971.
* Cornett - includes classrooms and the Departments of Anthropology, Psychology, and Sociology.
* Cunningham - includes the Department of Biology, a herbarium, numerous specialized research laboratories and the Centre for Forest Biology.
* David Strong - classrooms, seminar rooms and the Mathews and McQueen auditorium.
* Elliott - includes the Departments of Chemistry and Physics and Astronomy, as well as a number of classrooms and laboratories. The building is topped by the Climenhaga Observatory.
* Engineering Buildings - includes the Engineering Office Wing, the Engineering Lab Wing and the Engineering/Computer Science building (ECS) - home to the Faculty of Engineering, which includes the Departments of Computer Science, Electrical and Computer Engineering, and Mechanical Engineering.
* Fraser - formerly known as the Begbie building - houses the Faculty of Law, the Institute for Dispute Resolution and the Centre for Pacific-Asia Initiatives. The building also houses classrooms, seminar rooms, a and the Diana M. Priestly Law Library.
* Hickman - formerly called the Centre for Innovative Teaching - includes "Smart" classrooms featuring closed-circuit cameras and remote projection systems to link teachers and students with other classrooms.
* Ian Stewart Complex - the main fitness facility. Includes tennis courts, an ice rink, an outdoor pool and a gym.
* MacLaurin - includes the Faculty of Education and School of Music, as well some classrooms and the David Lam Auditorium.
* McKinnon Gymnasium - the School of Physical Education, the main Gymnasium and an indoor swimming pool.
* [http://gateway.uvic.ca William C. Mearns Centre for Learning]
* Medical Sciences Building - the Island Medical Program.
* Petch Building - the Department of Microbiology and Biochemistry, and School of Earth and Ocean Sciences.
* Phoenix Theatre - the Theatre department.
* University Centre - includes many administrative offices (Accounting, Payroll, Advising, Record Services) as well as the main public cafeteria, Maltwood art gallery and the Farquhar auditorium.
* Sedgewick - Centre on Aging, Centre for the Study of Religion in Society, Centre for Global Studies; administration offices.
* Social Sciences and Mathematics - houses the Departments of Geography, Political Science, and Mathematics, as well as the School of Environmental Studies.
* Student Union Building - popularly known as "the Sub", it houses a movie theatre, food services, a bookstore, and the headquarters of several clubs and campus organizations, including a radio station (). There is also a student pub, Felicita's, and a defunct nightclub, Vertigo, which is now study space.
* Army Huts - nine single-storey wood-frame utilitarian Second World War buildings (1940) on the northern part of the University of Victoria campus are on the Registry of Historic Places of Canada [http://www.historicplaces.ca/visit-visite/affichage-display.aspx?id=1933 Army Huts Registry of Historic Places of Canada ] Construction is still underway on the Ocean, Earth and Atmospheric Sciences Building. Ground has been broken for the First Peoples House.

The university also offers on-campus housing for over 3200 students. A variety of housing is available, including single and double rooms, apartment-style housing with 4 people per unit (Cluster Housing) and family housing (Lam Family Housing). One of the buildings is named for General .

Much of the university property has been dedicated to nature, notably and , a 44,000 m² forested ravine. The campus is home to deer, owls, squirrels, the occasional cougar and many other wild animals native to the area. The large population of domestic s, which likely descended from abandoned house pets from the surrounding community, is a memorable feature of the campus.

, a major Canadian news magazine, has ranked UVic as one of the top three comprehensive universities in the nation for three consecutive years. Its Faculty of Law has also ranked first in the country, 8 out of the last 11 years. Currently, they are ranked 4th by Canadian Lawyer Magazine. University of Victoria's MBA program is consistently ranked as the top 10 of its kind in the nation. [http://toprankingmba.com/topmba_northamerica.htm] UVic is 's third largest research university after SFU & UBC, and is one of Canada's top 20 research institutions [http://www.researchinfosource.com/top50.shtml] . According to ScienceWatch, UVic is nationally ranked first in , second in and , and third in and for the period of 2000-2004. [http://www.uvic.ca/about/factsfigures/index.html]

The university is represented in the Canada West Universities Athletics Association (CWUAA), (CIS), and the (NAIA) by the team .

The university has a sports hall of fame. The Charter Inductees are as follows:

UVic has 28 sport clubs which are administered by Vikes Recreation, and run by students. Some of those clubs include:

*The Figure Skating Club
*The Hockey Club
*The Outdoors Club
* [http://web.uvic.ca/sailingclub The Sailing Club]
*The Tennis Club
*The Dance Company
*The Waterpolo Club
*The Juggling Club

Notable faculty (past and present)

* Alan Astbury, physics professor emeritus, he was part of Nobel-prize winning discovery of new subatomic particle, and eventually won Rutherford medal for physics [http://ring.uvic.ca/03nov06/news/awards.html]
* Harold Coward, a world-reowned scholar in religious studies and a president of Academy 2 of the [http://communications.uvic.ca/releases/release.php?display=release&id=628]
* , a Canadian physicist, discovered the important phenomenon of mass inflation (Together with , he has coedited two important celebratory volumes).
* , a Canadian poet, the recipient of almost every major literary prize in Canada.
* Marshall McCall, scientist, expert on the chemical evolution of galaxies. [http://alumni.uvic.ca/awards/alumni/mccall.htm]
* Erich Mohr, researcher in experimental therapeutics for central nervous system disorders. [http://alumni.uvic.ca/awards/alumni/mohr.htm]
* Andrew Weaver, one of the world's leading climate researchers, member of the UN Intergovernmental Panel on Climate Change was co-awarded the 2007 , along with Al Gore [http://communications.uvic.ca/releases/release.php?display=release&id=628] and member of the British Columbia's Climate Action Team.
* , a who specializes in the study of primates.
* , noted Canadian psychologist and one of the first specialists in learning disorders in BC.
*, neuropsychologist and aphasia researcher.
*, musical conductor, composer, and bassoonist.
* internationally acclaimed astrophysicist for his work on modelling stars.
* involved in formulating a density profile for dark matter halos.
* Internationally acclaimed operatic tenor

The university counts over 88 000 alumni some more notable alumni follow.

* , completed his masters degree in Economics, he is currently a singer and actor as a member in the popular Taiwanese boy band Fahrenheit.
* , Canadian and fiction author.
* Aaron McArthur, Global Television BC reporter
*

* - The UVic weekly student newspaper, which is distributed all over campus, and the Victoria area. The Martlet is partly funded by student fees, and is online at [http://www.martlet.ca] .

* - A campus/community radio station serving at 101.9 and, via cable on 104.3, and many areas in the lower mainland and North Western Washington State. The station also has a large international listernership on the internet at [http://cfuv.uvic.ca] .

The 150145 UVic was named in the university's honour on , the first university in BC to have an asteroid named after it. [http://communications.uvic.ca/releases/release.php?display=release&id=835]