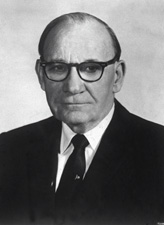 McClellan was born in Sheridan, Grant County, . He came from a Democratic family who named him after Democratic Governor and Representative . McClellan studied law and was admitted to the bar in 1913 at the age of 17, becoming the youngest lawyer in the United States. He started private law practice in Sheridan.

After returning from the Army in 1919, he moved to where he served as prosecuting attorney in the 7th judicial district from 1927 to 1930.

In 1934, McClellan was elected as a Representative of the Democratic Party from the 6th District of Arkansas to the 74th Congress. He was re-elected to the 75th Congress in 1936. He did not run for re-election to the House in 1938. Instead, he pursued an unsuccessful candidacy for the Senate against the sitting incumbent and the first elected female senator in , . In 1940, 1944, and 1948, McClellan was a delegate to the Democratic National Convention from Arkansas. During this period, he moved to to practice law.

McClellan also served for eighteen years as chairman of the (1955 &ndash; 1973) and continued the hearings into subversive activities at Fort Monmouth, New Jersey, where Soviet spies , and all worked in the 1940s.

He was a participant of the famous and led a Democratic walkout of that subcommittee in protest of Senator 's conduct in those hearings. McClellan appeared in the 2005 movie "", in footage from the actual hearings. Under his leadership, the committee conducted the famous , more commonly known as the Valachi Hearings which investigated organized crime activities across America and centered on head and mafia associate, in 1957 and other leading mafia figures of the era such as Sam Giancana of Chicago. The first American mafia informant, appeared before the McClellan Committee in 1963 and gave the American public a firsthand account of mafia activities in the United States and Canada. McClellan continued his efforts against organized crime, supplying the political influence for the anti-organized crime laws called which were conceived by until 1973 when he switched to investigating political subversion.During this period, he hired as chief counsel and vaulted him into the national spotlight. McClellan investigated numerous cases of government corruption including numerous defense contractors and financier .

In his last Senate election in 1972, McClellan defeated fellow Democrat David Hampton Pryor, then a U.S. representative, by a narrow 52-48 margin in the party runoff. He then defeated the only Republican who ever ran against him, , then a North Little Rock , by a margin of 61-39 percent.

In 1955, McClellan appeared as the "mystery guest" on the popular CBS TV game show "What's My Line?", where the blindfolded celebrity panelists had to guess his identity.

McClellan experienced many personal tragedies in his life. His second wife died of spinal meningitis in 1935 and his son Max died of the same disease while serving in during in 1943. His son John L. Jr. died in 1949 in an automobile accident. His son James H. died in a plane crash in 1958.

McClellan died in in 1977 and was buried at Roselawn Memorial Park in Little Rock.The (maintained by the ) on the is named in his honor. is the repository for his official papers.