Infobox Single
Name = Take It Back 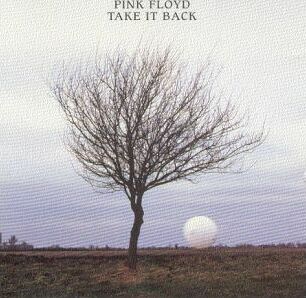 "I’ve always wondered why in the lyrics to my favourite Division Bell song, ‘Take It Back’, there is a dash between the g and d in G-d. Some people simply take offence at taking the Lord’s name in vain. It was publishing’s very subtle way of keeping people from complaining about the abuse of God’s good name - and perhaps also to keep people focused on trying to figure out who Publius was instead!" -The DavidGilmour.com FAQ [http://davidgilmour.com/faq.php]

* [http://www.goldlyrics.com/song_lyrics/pink_floyd/the_division_bell/take_it_back/ Take It Back Lyrics]