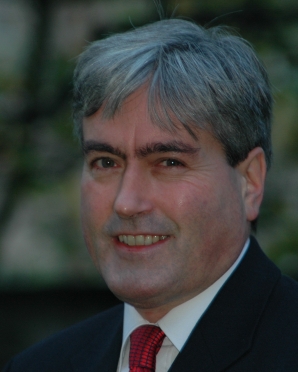 Iain Gray (born , ) is the for East Lothian and the leader of the Labour parliamentary group in the . He was elected to the parliament in the 2007 Scottish election and elected by his party as leader of the Labour group on 13th September 2008 following the resignation of . Previously he was MSP for Edinburgh Pentlands constituency from 1999 to 2003.

Gray was educated at and the exclusive, and at the time boys only, independent fee paying before studying physics at the . After graduation he worked as a teacher including a stint in during that country's Marxist era, before joining the charity .

Immediately after his election to he was made a deputy minister in the first in 1999 and following 's becoming First Minister he was promoted to . After the surprise resignation of in 2002, Gray took over her role as Minister for , where he was responsible for overseeing significant changes to Scottish higher education and was widely-regarded for his handing of economic activity issues.

In the 2003 election he was defeated by the then Scottish Conservative leader , whom he had beaten in 1999. After leaving Holyrood, he worked as a to the under and initially announced he would not be seeking re-election. However he was selected as the Labour candidate for East Lothian for the 2007 elections and subsequently won re-election.

In early 2005 he was diagnosed with an extreme viral infection of the parotid salivary glands. This inhibited his political career for the remainder of the year and despite making a full recovery, the physical affects of the infection remain present.

Gray was appointed Labour's shadow spokesman for enterprise, energy and tourism upon his return to Parliament.

In July 2008, Gray announced he would stand in the contest to find the next leader of the Labour group in the Scottish Parliament, and was elected to this post in September 2008.