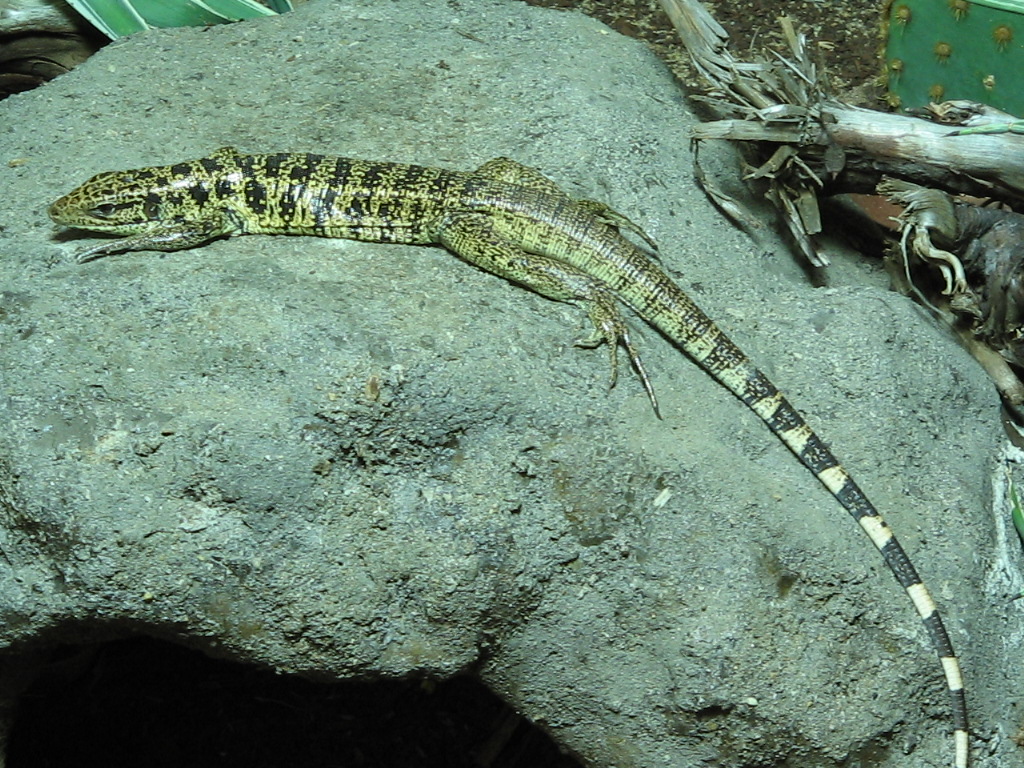 "Tupinambis" is a genus which belongs to the family of . These large, n lizards are commonly referred to as tegus; "" (), "" (Red Tegu), and "" (Colombian Black and White Tegu, Gold Tegu, or Common Tegu) are all common in the pet trade. Tegus are an escaped or illegally released species that has adapted to living in some of the more remote areas of .

Tegus are usually primarily , except for "T. rufescens" (which is primarily herbivorous) and "T. merianae" (which is debatable 50/50). Tegus fill the same ecological niche as and are an example of convergent evolution.

The two most docile and easiest to handle species are the Argentine Black and White Tegu and the Red Tegu. Additionally, a new variety has been recently introduced, called the due to the tendency of males to become bright blue colour upon maturity. These variations grow to 2.5 to 4 feet and have a pleasant nature making them good pets. Tegus are also one of the most intelligent lizards known.

In captivity, a healthy tegus' diet should consist of mice/pinkies, crickets, and assorted fruits and vegetables. In addition, they need proper housing with UVA and UVB light setups, maintaining a steady enclosure temperature of 75 F - 90 F during the day and just slightly cooler at night. Because tegus, like all lizards, are ectothermic, a temperature gradient will allow them to find the perfect location for their needs, so they also need a spot for basking with a temperature of 100 F - 120 F.

Tegus naturally go into a hibernation cycle but it has been discovered that this is not needed to maintain their health.