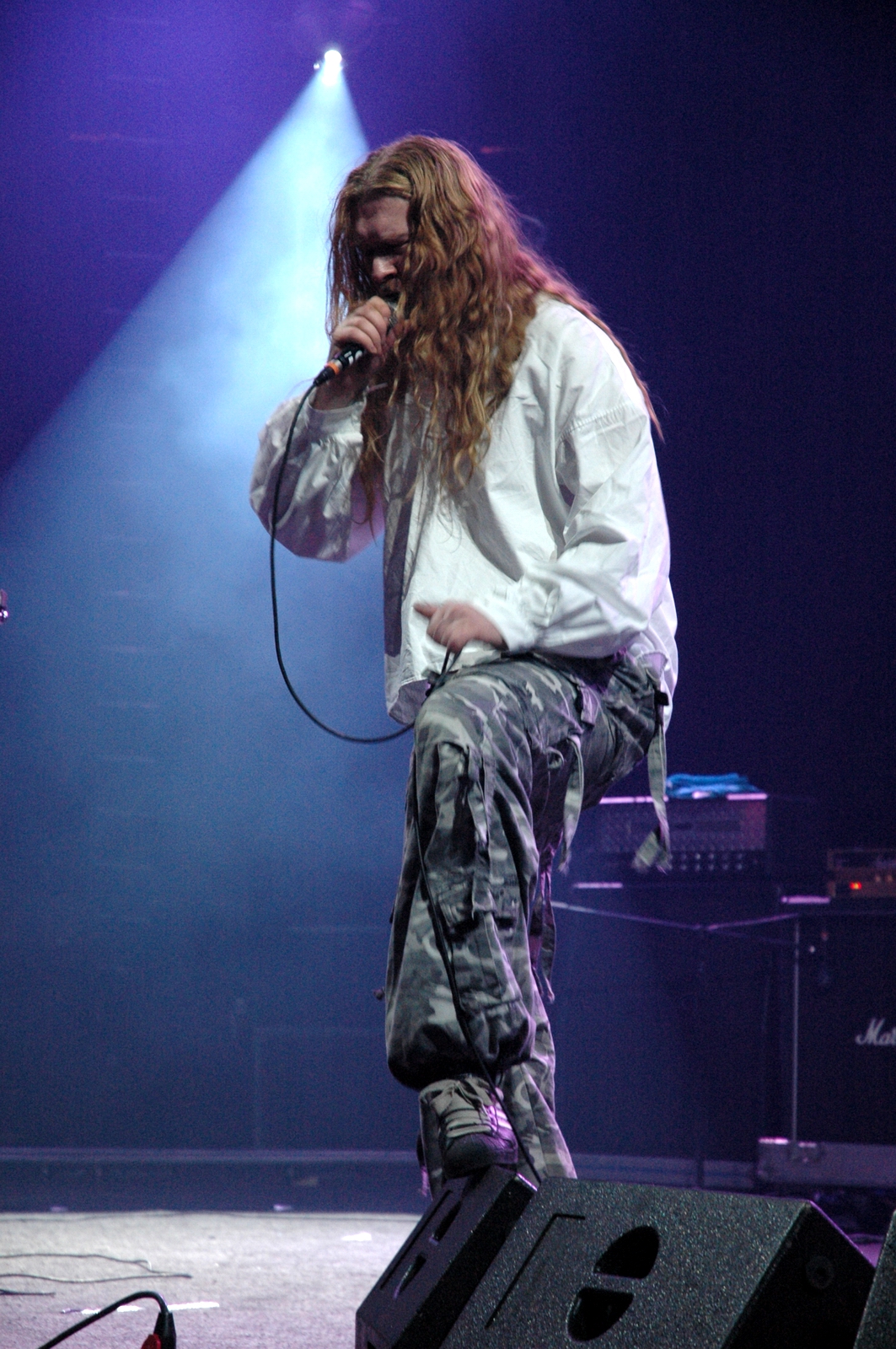 Simen Hestnæs (born , in , ), also known as ICS Vortex, or just simply Vortex, was the vocalist of the band Arcturus and is the bass player and clean vocalist for the Norwegian band . He was most recently announced to be the new vocalist for Norwegian/English band Code, [" [http://www.myspace.com/codeblackmetal News Update - Feb 2007 - Vocalist Announced!] " February, 2007.] replacing who has gone on to become the vocalist of .

His longest running band is the band, , which began in 1991, and for which he plays guitar and bass and handles the vocal duties. His moniker was a bit of a joke to poke fun at one of Garm's aliases, Fiery G. Maelstrom: "Icy S. Vortex", with the first words being opposite elements, the middle initial being the first letters of their common names, and the last word being a powerful circular current of water.Fact|2007-07|date=July 2007

In 1995 he was on tour with the band and performed the supporting vocals. Songs from that tour were later released on "" bootleg album.

In 1997, Hestnæs made a guest appearance on the Arcturus album "". He sang on three songs: "Master of Disguise", "The Chaos Path" (in which he handled all lead vocals, wrote the lyrics, and co-composed this song), and "Painting My Horror".

In 1997, the folk/progressive/ band was in need of a vocalist after the departure of original vocalist Garm. Garm introduced the band to Hestnæs, who became their vocalist from 1997-2000. He took over bass duties as well, recording bass for their fourth full-length "Quintessence", after bassist left the band.

In August 2000, Hestnæs left Borknagar to fully concentrate on . According to an interview, Borknagar was set to tour Europe with Mayhem, about the same time he would be in the studio to record with Dimmu Borgir. Borknagar guitarist and frontman gave Hestnæs an ultimatum: tour with Borknagar, or quit and deal with Dimmu Borgir. He opted for the latter, stating that he thought Dimmu Borgir would become a more successful band in the long term. Brun would later state that the decision was "business", and that he "had nothing against Dimmu Borgir", and he wished Hestnæs the best; Hestnæs then stated that had he not gotten the ultimatum, he would still be in Borknagar to this day.

Hestnæs first contributed on the recording of "" by adding a new vocal element: his own "clean" and "operatic" singing which added a new element to Dimmu Borgir as a band. Hestnæs stepped in as session bassist when left the band to fully concentrate on ; he is today the permanent replacement on bass and full member of Dimmu Borgir.

In 2005, Hestnæs became Arcturus' new singer following the departure of both Garm in 2003, and Spiral Architect's in 2005. Hægeland departed from the band due to the distance he lived from the other band members and Simen took over as lead vocalist for the band, making it the second band in which Simen would be the successor to Garm as vocalist. In September 2005, the band released their fourth full-length album, and first full-length without Garm on vocals, "", which was met with varying acclaim. In 2005, Hestnæs was voted one of the top ten vocalists in and Arcturus was voted among the ten best live acts of 2005. Sideshow Symphonies was also ranked among the top ten albums of the year in the magazine.

In 2007, at a concert in Australia, Simen stated that the concert would be Arcturus' last show. On April 17th, the band officially announced they had disbanded. [http://www.arcturus.no/home.htm]

Most recently, Simen lent his voice to the animated television program, , in the episode "Dethdoubles" as well as "Dethcarraldo."

He is engaged to , a Norwegian artist and creator of the comic "Nemi", and they have a son, Storm, born 2007.