The finance minister is a cabinet position in a government.

A minister of finance (also called financial affairs, the treasury, the economy, or economic affairs) has many different jobs in a government. He or she helps form the government budget, stimulate the economy, and control finances. Finance ministers are often found in state or provincial governments if that country has a form of federalism. Although in many cases, especially the Anglo-American world, the posts are merged, the Finances and Economy are separate Ministries across most of the globe.

The powers of a finance minister vary between governments. Sometimes the finance minister is the most powerful cabinet post, like in Canada or New Zealand. Other times they are unpopular posts if they must raise taxes or cut spending.

In the United States, the finance minister is called the Secretary of the Treasury, though there is a separate Treasurer of the United States, and it is the director of the Office of Management and Budget who drafts the budget. In the United Kingdom, the finance minister is called the Chancellor of the Exchequer. In Hong Kong it is called the Financial Secretary, though there is a Secretary for the Treasury subordinate to him. In Australia, the Treasurer is responsible for economic matters and is assisted by the Minister for Finance and Deregulation (formerly Finance and Administration) who heads a separate department.

In December 2010 The Banker recognised India's Pranab Mukherjee as their Finance Minister of the Year after making significant inroads into budget deficit reduction, throughout a turbulant year.[1] 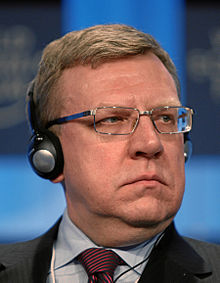