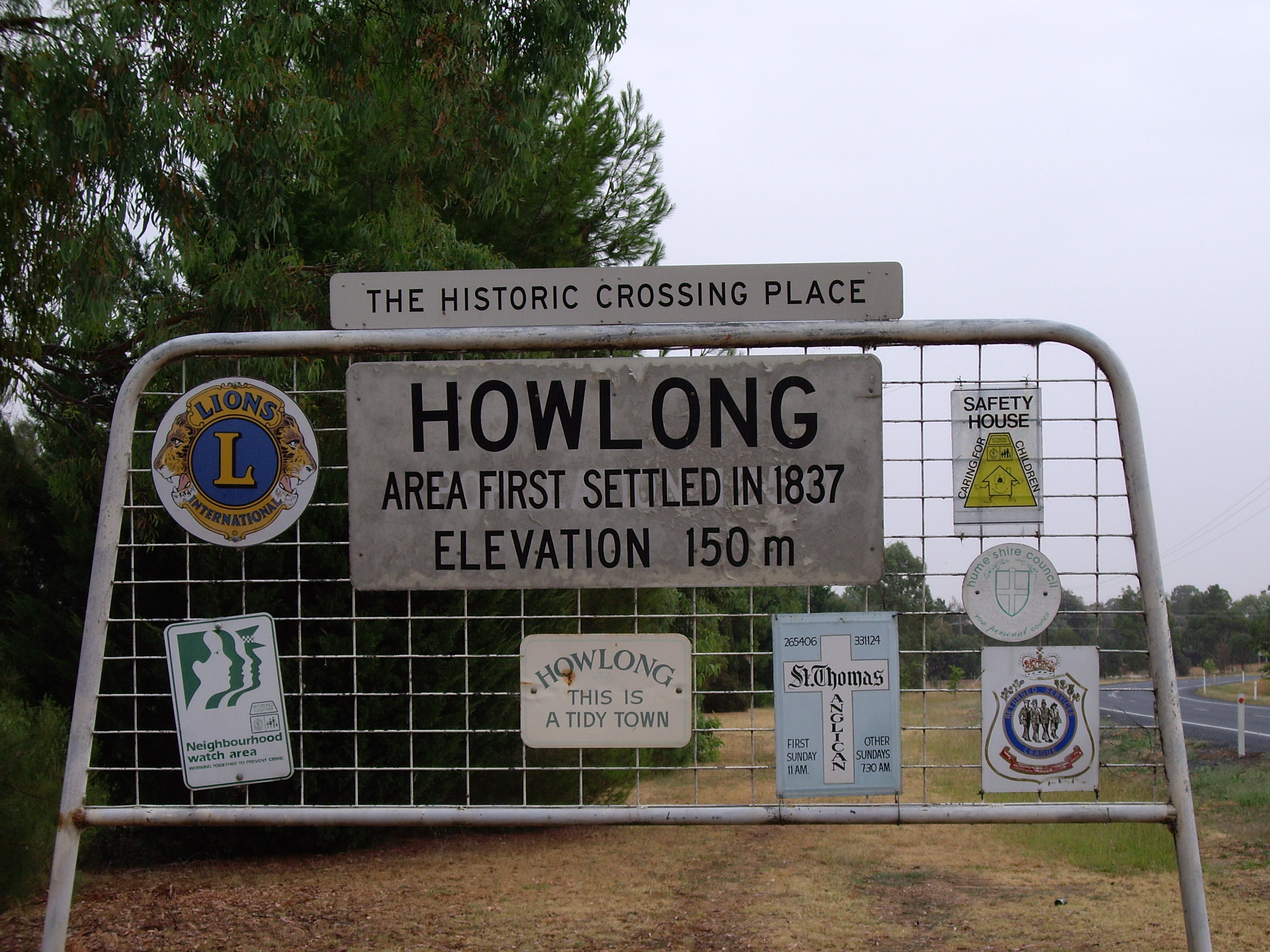 Howlong is a town 28 kilometres west of Albury, and is situated on the which separates the n states of and Victoria. The town is located on the and has a population of 2,403 [Australian Bureau of Statistics 2001 Census] people. There is a bridge across the Murray into Victoria. Howlong is in the Corowa Shire Local government area.

Prior to the founding of the township the Surveyor-General of New South Wales at that time Major crossed the Murray River during his exploration of the area. Indeed there is a monument to Mitchell on the Victorian side of the river which states that Mitchell and his party camped at the location on and then crossed the river slightly downstream of their camping point, on the following day.

Two years later two men with a property in the area set off on the longest cattle drive of its kind attempted in Australia at that time driving 300 head to .

Also in the site of the Mitchell river crossing became the location of the first postage mail delivery by a mail carrier, John Conway Bourke when he undertook to deliver the overland mail from to what would later be called .

The township appears to have taken its title from a property named Hoolong in the area which was owned by Isaac Rudd and was named after an Aboriginal place name meaning 'beginning of the plains'.

Howlong as a township was laid out in and is now an important inland township which services the smaller villages of the area with a range of stores that meet most of the everyday needs of the people of the area. Nearby villages in the area include Brocklesby, Walbundrie & Chiltern

Local sporting clubs include the , who compete in the .

The town is immortalised in the song "By the time I get to Howlong" from 's album "Grand Slam".