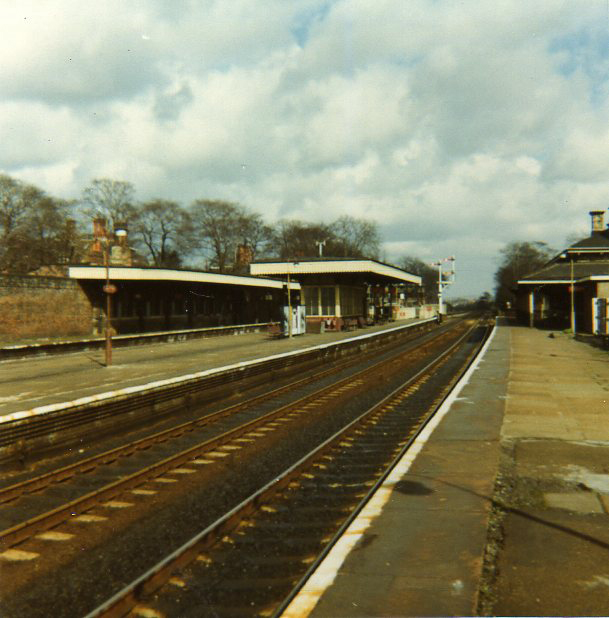 Huyton railway station serves the area of in , . The station acts as an interchange between the and the northern route of the which diverge soon after the station. It is one of the busier stations on these lines. The station is close to the shopping centre and bus station.

There are 10 trains per hour passing through the station.