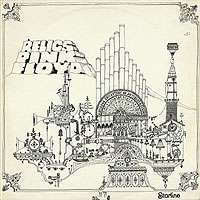 "Relics" is a by released in 1971. The album was released on 14 May in the UK and 15 July in the . A re-mastered CD was released in 1996 with a different album cover; a three-dimensional version of the original sketch drawn by drummer for the initial release.

The release of "Relics" was sparked by the success of which peaked at #1 on the British charts. The album has been released on numerous occasions, and at times without the proper authority. One such incident involved releasing the album without the band's consent. This led to the LP being withdrawn and the album as a result became a rarity. A reissue of the album in 1996 meant that it could be purchased easily again. [http://www.everything2.com/index.pl?node_id=1529377]

The album also includes a previously unreleased studio recording of a composition, "Biding My Time", which had otherwise only been heard by live audiences as part of "The Man/The Journey" concert sequence.

Songs previously released on albums are identical to their album versions.

The audio cassette release featured the songs in a different order.

The album cover was designed by drummer , and according to him is the only concrete product of his years at architecture school in the .

When the album was released on CD, former partner had a real-life version of the contraption on the cover made and presented it to Mason. It still resides in Mason's office. Both Thorgerson and his assistant, Peter Curzon, came up with the idea after viewing the head sculpture which had been constructed by John Robertson and which appeared on album sleeve.

In addition to variations on the original design, the album was released in several countries with completely different artwork (see illustrations at right). The four-eyed face on the original U.S. album cover was actually an antique bottle opener.