HM Customs and Excise (HMCE) was, until April 2005, a department of the British Government in the UK. It was responsible for the collection of Value added tax (VAT), Customs Duties, Excise Duties, and other indirect taxes such as Air Passenger Duty, Climate Change Levy, Insurance Premium Tax, Landfill Tax and Aggregates Levy. It was also responsible for managing the import and export of goods and services into the UK. HMCE was merged with the Inland Revenue (which was responsible for the administration and collection of direct taxes) to form a new department, HM Revenue and Customs (HMRC), with effect from 18 April 2005.[1]

HM Customs and Excise Investigators guarded the borders of the United Kingdom from smugglers. Following a 1971 amalgamation, the service included the former Waterguard, whose uniformed officers had long been a common sight at entry points into the United Kingdom; its insignia included a portcullis. Customs officers had authority throughout the country, including the powers of entry to premises and of arrest. These functions (and the organisation responsible for them) were transferred to HMRC, and further transferred (at least in part) in 2008 to the UK Border Agency of the Home Office.[1]

The prefix of HM abbreviates “Her Majesty's” or “His Majesty's”, depending on the gender of the reigning monarch.

The ensign of HM Customs & Excise

The Board of Customs, responsible for collecting His or Her Majesty's Customs, had a very long history. Originally, the term customs meant any customary payments or dues of any kind (for example, to the king, or a bishop, or the church), but later became restricted to duties payable to the king on the import or export of goods. The centralised English customs system can be traced to the Winchester Assize of 1203-4, in the reign of King John, from which time customs were to be collected and paid to the State Treasury. Legislation concerning customs can be traced to King Edward I. Under the nova custuma in 1275, Collectors of Customs were appointed by Royal patent and, in 1298, custodes custumae were appointed in certain ports to collect customs for the Crown. The first Customs officers were appointed in 1294, and later on included Geoffrey Chaucer, Thomas Paine, Robert Burns and Richard Whittington (also known as Dick Whittington).

A Board of Customs was effectively created by ordinance on 21 January 1643, under which the regulation of the collection of customs was entrusted to a parliamentary committee. 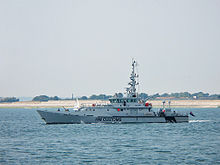 A fleet of Customs Cutters (most recently 42 metre Damen patrol vessels) continued to operate after the merger with the Inland Revenue, throughout UK territorial waters, inspecting vessels for illicit cargoes, especially for drugs and the excessive fish catches which wreaked havoc on the European fishing community in the late 20th and early 21st centuries.

Although unarmed,[citation needed] Customs could call on the Royal Navy to assist in apprehending a non-compliant vessel; Customs also worked closely with the Royal Navy's fishery protection squadron.

His or Her Majesty's Excise duties are inland duties levied on articles at the time of their manufacture, such as alcoholic drinks and tobacco, but duties have also been levied on salt, paper and windows. A Board of Excise was established by the Long Parliament, and Excise Duties first levied, in 1643. The Board of Excise was merged with the existing Board of Taxes and Board of Stamps to create the new Board of Inland Revenue in 1849. Famous Excise Officers include Robert Burns, Thomas Paine and Adam Smith.

The combined Board of Customs and Excise was formed in 1909 by the transfer of responsibility for Excise from the Board of Inland Revenue.

HMCE was not responsible for collecting direct taxes: that was the job of the Inland Revenue. In March 2004, the O'Donnell review called for the merger of Customs and Excise with Inland Revenue; in the 2004 Budget, Gordon Brown, the Chancellor of the Exchequer, announced that the merger would go ahead, and the merged was implemented by the Commissioners for Revenue and Customs Act 2005.

Prior to the mid-1950s Chief Preventive Officers wore two and a half gold rings on their uniform. After that date they wore 3 rings. Higher grades were the Assistant Superintendent and Superintendent, neither of whom wore uniform. In the early years of the first decade of the second millennium, special dispensation was given to the Head and Deputy Head of the HMC&E Overseas Training Branch (1999–2005) to wear uniform abroad when on official duties; the Head (a Principal/Grade 7) wore a Commodore's wide band with a Navy Curl above; the Deputy Head (Senior Executive Officer grade) 4 stripes with a Navy Curl above.