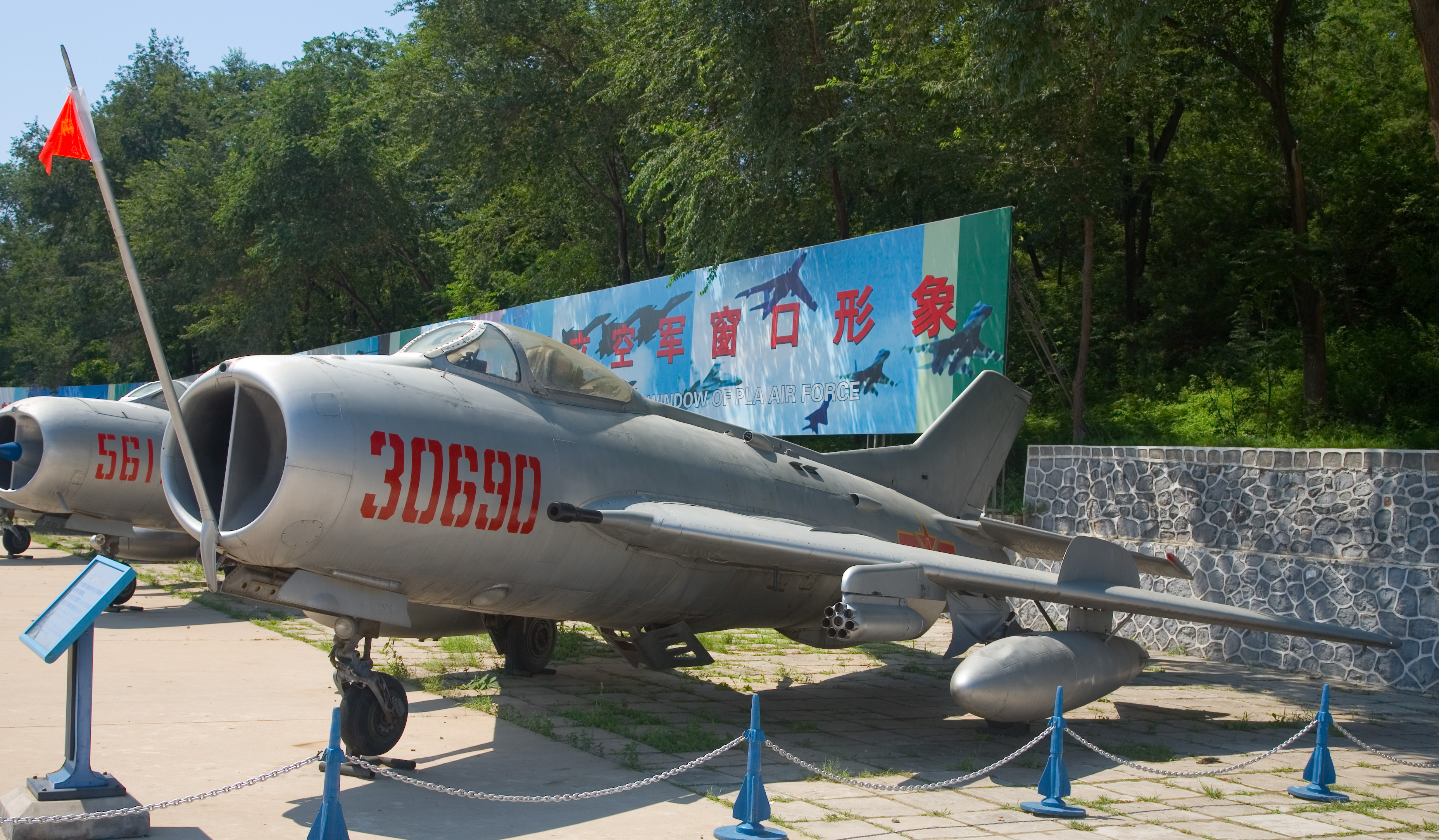 The Shenyang J-6 (designated F-6 for export versions) (NATO-Codename "Farmer") was the Chinese-built copy of the Soviet MiG-19 'Farmer' .

The J-6 was considered "disposable" and was intended to be operated for only 100 flight hours (or approximately 100 s) before being scrapped. The was often able to extend this to 130 hours, with diligent maintenance.

The J-6 still is in service with North Korea, Myanmar (Burma), and Sudan.

J-6s replaced the J-5 on the border to intercept Yugoslav incursions into Albanian airspace. However, the J-6 was ineffective against the faster Yugoslav MiG-21 'Fishbed'. Once the F-7A became available, the J-6 was redeployed to guard . As of 2005 all Albainian fighters where grounded due to lack of spare parts.

Pakistani J-6 participated in the Indo-Pak War 1971 against India and scored several aerial victories including two Indian Mig-21, the three squadrons undertook nearly a thousand sorties during the war. [http://www.defencejournal.com/2002/may/salute.htm] PAF lost 4 planes during the war, [ [http://www.pakdef.info/pakmilitary/airforce/war/airloses.html Air Loses of 1971 War] - PakDef] [ [http://www.bharat-rakshak.com/IAF/History/1971War/Appendix3.html AIRCRAFT LOSSES IN PAKISTAN -1971 WAR] - Bharat Rakshak] with one of its pilots who was taken as POW becoming a in Canada.

After secretly test flying Pakistani J-6 in , the concluded that the MiG-19/J-6 were much more formidable than the MiG-21 'Fishbed', MiG-17 'Fresco' and J-5, because in the subsonic aerial dogfights, the supersonic speed of the MiG-21 was not useful.Fact|date=February 2007 MiG-19/J-6 could accelerate to its top speed that was within this range, and the MiG-19/J-6 more maneuverable than the MiG-21, yet it was slower. While at the same time, it was faster than yet less maneuverable MiG-17/J-5. However, The North Vietnamese did use the MiG-19 and the F-6 during later half or the air war in Vietnam.

Somalian J-6 participated in the and suffered greatly because the superior opposition faced (Cuban pilots fought for ). Over 75% of the Somali Air Force was destroyed in the war but some J-6s and survived until the country turned into turmoil in the early 1990's.

In the era of control of Cambodia, Khmer J-6s participated in Kampuchea-Vietnamese border clashes for ground attacks. During the Vietnamese invasion in , none of the Cambodian aircraft dared to take-off to challenge the invading Vietnamese aircraft. The Vietnamese captured a number of J-6s and put them on public display.

The J-6's participation in the were mostly ground attack sorties performed by both Iranian and the Iraqi J-6 units.

The Pakistan Air Force again brought the J-6 into action, ironicallly against its original designers, the Soviet Union, and the jet claimed half a dozen air to air victories. [http://www.acig.org/artman/publish/article_324.shtml]

Six principal variants have been developed in Chinese service:;J-6A (J-6IV):Similar to MiG-19PF, all-weather -equipped interceptor with two 30mm cannon. Exported as the F-6A.;J-6B:Similar to MiG-19PM "Farmer-D", interceptor with two PL-1 (Chinese version of Soviet K-5 (AA-1 'Alkali') s; it is unclear if the J-6B retains its cannon.;J-6C:Day fighter version with three 30mm cannon and braking parachute at the base of the ;J-6 Xin:Advanced version of the J-6A with radome on the splitter plate (rather than the shock cone centerbody) for Chinese-made radar.;J-6III:Single-seat day-fighter prototype.;JJ-6:Two-seat trainer, stretched 84 cm (33.1 in) to accommodate second seat, armed with one 30 mm cannon. Exported as FT-6.;JZ-6:Dedicated version with fuselage pack replacing cannon. As of April 2006, it was reported that the PLAAF 3rd Recon Regiment, 26 Air Division based in Nanjing MR, is the last regiment to actively fly the JZ-6. [http://china-defense.blogspot.com/2006_04_01_china-defense_archive.html] ;J-6 Testbed: testbed that succeeded H-5 testbed.;Nanchang Q-5 'Fantan':Extensively redesigned based on J-6.

There are currently 4 active operators of the Shenyang J-6 out of 15.

;PRC
* retired J-6 from combat duties at 2005, but still uses it for training missions, but due to the age of the planes airframes, only a very few are still airworthy. All JJ-6s will be replaced by .;IRN
* operates 18 aircraft.;MYA
* J-6s were better suited for ground attack missions than F-7B and were used with relative success.;PRK
* operates 100 aircraft.