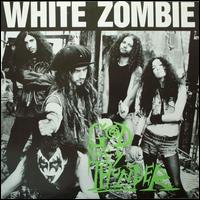 
"God of Thunder" is an EP by the band . The release was a shift from their heavy metal sound of their "Make Them Die Slowly" album to the more groove oriented sound of their next release "", this can be best heard in the reworked version of "Disaster Blaster". This caused the band to be recognized and later on adopted by , the label they would belong to until they disbanded. Despite rumors, never filed any sort of lawsuit or complaint against the band for the cover art of the album. On May 31st, 2006, Rob Zombie fronted a supergroup which performed "God of Thunder" at the .

The song "Star Slammer", which was originally from the "Make Them Die Slowly" recording sessions, was also re-recorded around the time of this EP's release. However, it was left of the record.

A cover of the Kiss song originally from their 1976 album "Destroyer".