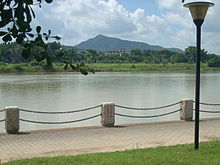 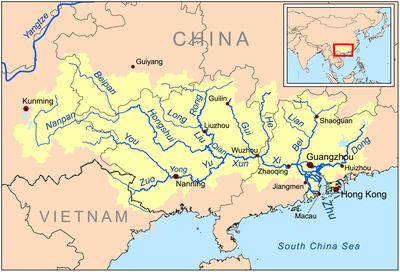 The Dong River is the eastern tributary of the Pearl River in Guangdong province, southern China. The other two main tributaries of Pearl River are Xijiang River and Beijiang River.

The Dong River is a major source of water for Hong Kong. The Hong Kong Government has purchased Dong River water from Guangdong since 1965.[1] Over 70% of domestic water in Hong Kong is imported from the Dong River.[2] Its discharge is about 807.5 cubic metres per second (28,520 cu ft/s).[3]

Places along the river include