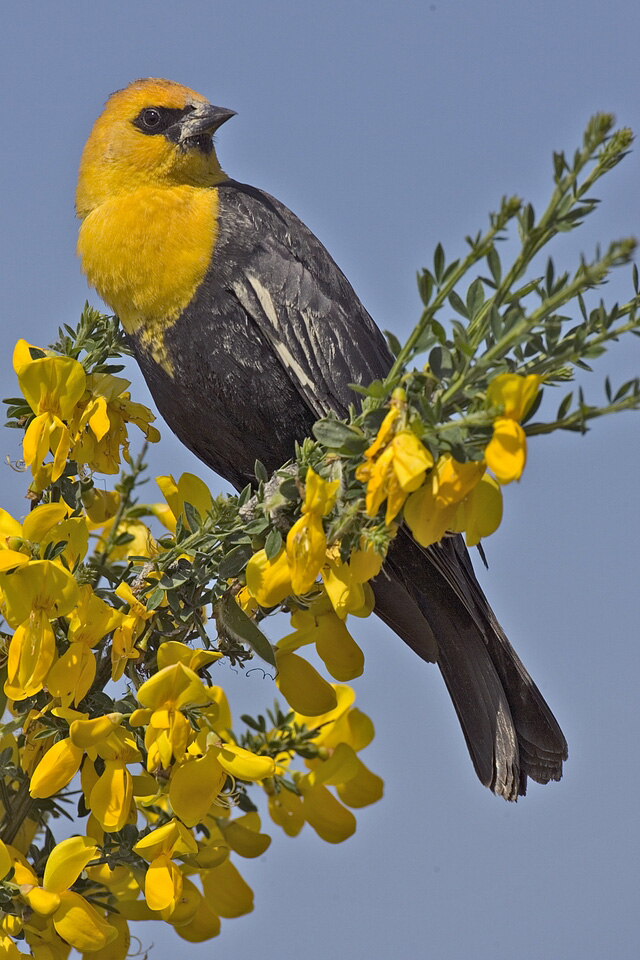 Their breeding habitat is es in , mainly west of the . The nest is built with and attached to marsh vegetation. They nest in colonies, often sharing their habitat closely with the . During the breeding and nesting season the males are very territorial and spend much of their time perched on reed stalk and displaying or chasing off intruders.

These birds migrate in the winter to the southwestern and . They often migrate in huge flocks with other species of birds. These blackbirds are only permanent residents in the USA of the and the Lower Valley of and . It is an extremely rare vagrant to , with some records suspected to refer to escapes from captivity.

These birds forage in the marsh, in fields or on the ground; they sometimes catch s in flight. They mainly eat s and insects. Outside of the nesting period, they often feed in flocks, often with other blackbirds.

This bird's song resembles the grating of a rusty hinge.