A mint is an industrial facility which manufactures coins for currency.

The history of mints correlates closely with the history of coins. One difference is that the history of the mint is usually closely tied to the political situation of an era. For example, when discussing the history of the New Orleans Mint, the usage of that mint by the Confederate States of America beginning in 1861 is a notable occurrence. The origins of the Philadelphia Mint, which began operations in 1792 and first produced circulating coinage in 1793, are interwoven with the initiation of the Federal era of the United States.

In the beginning, hammered coinage or cast coinage were the chief means of coin minting, with resulting production runs numbering as little as the hundreds or thousands. In modern mints, coin dies are manufactured in large numbers and planchets are made into milled coins by the billions.

With the mass production of currency, the production cost is weighed when minting coins. For example, it costs the US Mint much less than 25 cents to make a quarter, and the difference in production cost and face value (called seigniorage) helps fund the minting body.

A number of city-states in ancient Rome operated their own mints. Some of the earliest Greek mints were within city-states on Greek islands such as Crete; a mint existed at the ancient city of Cydonia on Crete at least as early as the fifth century BC.[1] Roman mints were spread widely across the Empire, and were sometimes used for propaganda purposes. The populace often learned of a new Roman Emperor when coins appeared with the new Emperor's portrait. Some of the emperors who ruled only for a short time made sure that a coin bore their image; Quietus, for example, ruled only part of the Roman Empire from 260 to 261 AD, and yet he issued two coins bearing his image.

Coin production by screw press (since about 1550) 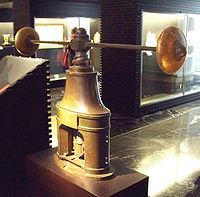 Around 1550 the German silversmith Marx Schwab invented coining with the screw press. Henry II of France (reign 1547-1559) imported the new machines: rolling mill, punch and screw press. 8 to 12 men took over from each other every quarter of an hour to maneuver the arms driving the screw which struck the medals. Henry II came up against hostility on the part of the coin makers, so the process was only to be used for coins of small value, medals and tokens. In 1645 it came into general use for minting coins.[7]

Between 1817 and 1830 the German engineer Dietrich "Diedrich" Uhlhorn invented the Presse Monétaire (level coin press known as Uhlhorn Press) which bears his name. Uhlhorn invented a new type of minting press (steam driven knuckle-lever press) that made him internationally famous; over 500 of the units had been sold by 1940.[8] The advanced construction of the Uhlhorn press proved to be highly satisfactory, and the use of the screw press for general coinage was gradually eliminated.[9]