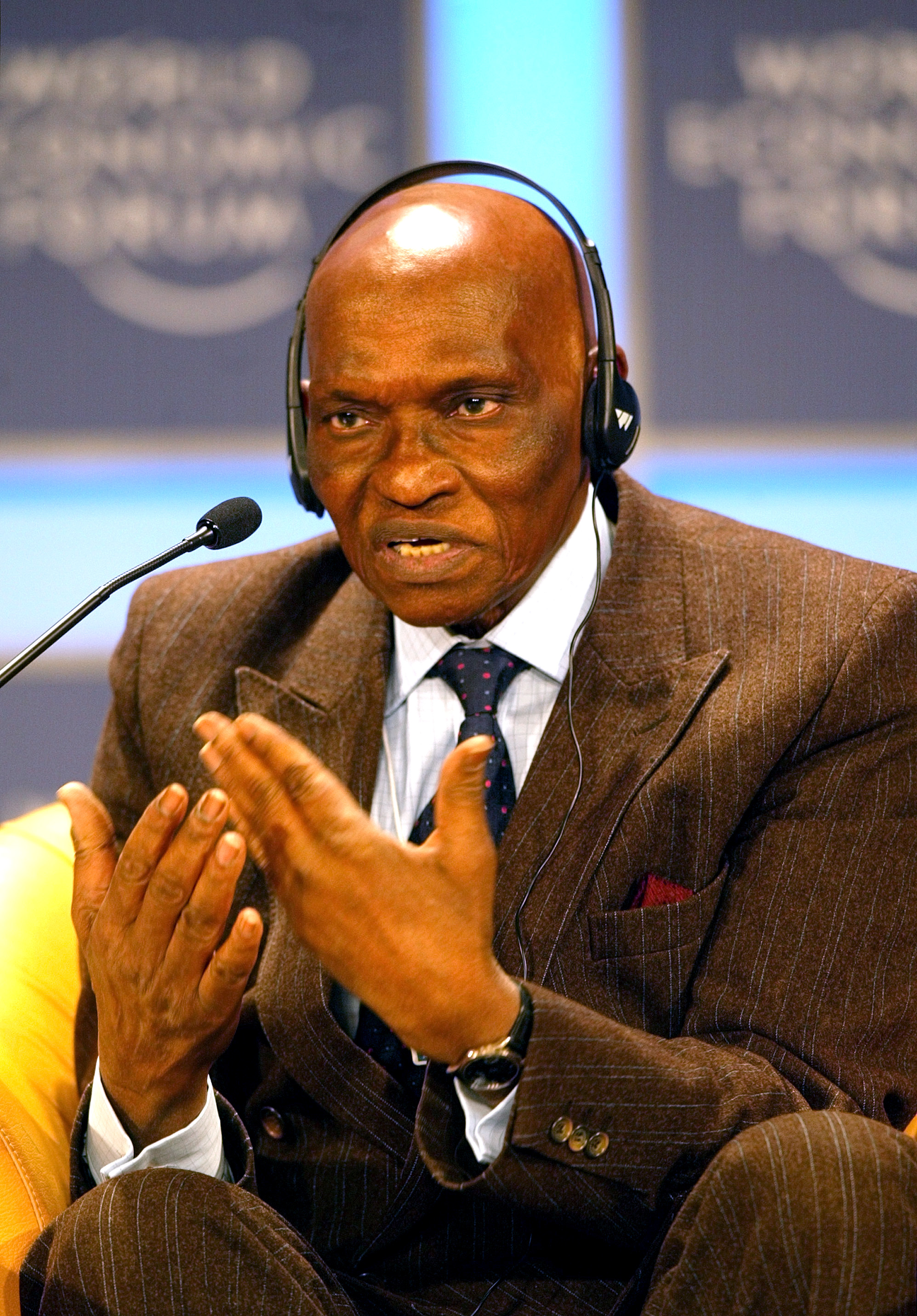 Wade was born in Kébémer, Senegal; officially, he was born in 1926, although some claim he was born several years earlier, and the record-keeping of the time is not considered particularly reliable. [Naomi Schwarz, [http://www.voanews.com/english/archive/2006-10/2006-10-16-voa41.cfm?CFID=152656602&CFTOKEN=24796162 "Senegal's President Seeks Re-Election Amid Worsening Problems"] , VOA News, October 16, 2006.] He studied and taught law at the in France. He holds two s in law and economics. He was also dean of the law and economics faculty at the in Senegal.

At a summit of the in in 1974, Wade told President that he wanted to start a new party, and Senghor agreed to this. The PDS was founded on 31 July 1974.

In April 1991, Wade and four other PDS members joined a national unity government along with the ruling Socialist Party (PS); Wade became Minister of State without portfolio.

Wade subsequently spent a year in France, returning to Senegal on October 27, 1999. ["Senegal: Opposition leader Wade returns to Dakar", AFP (nl.newsbank.com), October 28, 1999.] ["Senegal: Opposition leader Wade to meet colleagues on election plan", Radio France Internationale (nl.newsbank.com), October 28, 1999.] In the first round of the 2000 presidential election, held on February 27, he again took second place, receiving 31% of the vote, but for the first time, Diouf did not win a first round majority,

On October 15, 2006, Wade was nominated as presidential candidate of the PDS for the February 2007 presidential election. [ [http://www.apanews.net/spip.php?page=show_article_eng&id_article=12903 "Wade nominated for February 2007 presidential elections"] , African Press Agency, October 16, 2006.] One of Wade's opponents in this election was his former prime minister , who was once considered Wade's protégé, but was arrested in 2005. [ [http://www.irinnews.org/report.asp?ReportID=52637&SelectRegion=West_Africa "President’s onetime protégé to run for election"] , IRIN, April 5, 2006.] Final results released on March 11, 2007, showed Wade winning in the first round with 55.9% of the vote, far ahead of his nearest opponents, Seck with about 15% and Socialist Party leader with about 13.6%. Dieng and another opposition candidate, , filed appeals regarding the election, but these were rejected by the Constitutional Council.

The main opposition parties did not accept Wade's 2007 victory and disputed his legitimacy as President; they boycotted elections to the National Assembly and the re-established Senate later in the year. Wade conclusively stated in an interview published by "Le Soleil" on May 19, 2008 that there was no longer any possibility of dialogue with the opposition unless it recognized him as the legitimate President. "Let them do what they want, it doesn't bother me," he said of the opposition, "so long as they respect law and order." [ [http://www.int.iol.co.za/index.php?set_id=1&click_id=68&art_id=nw20080519133043811C906132 "Wade: For me, it's over!"] , Sapa-AFP ("IOL"), May 20, 2008.]

At the July 2007 summit in , , Wade supported quick formation of the proposed and said: "If we fail to unite, we will become weak, and if we live isolated in countries that are divided, we face the risk of collapsing in the face of stronger and united economies." [Mamadou Ndiaye, [http://apanews.net/apa.php?page=show_article_eng&id_article=36592 "Wade criticises gradual approach to set up AU Government"] , African Press Agency, July 3, 2007.]