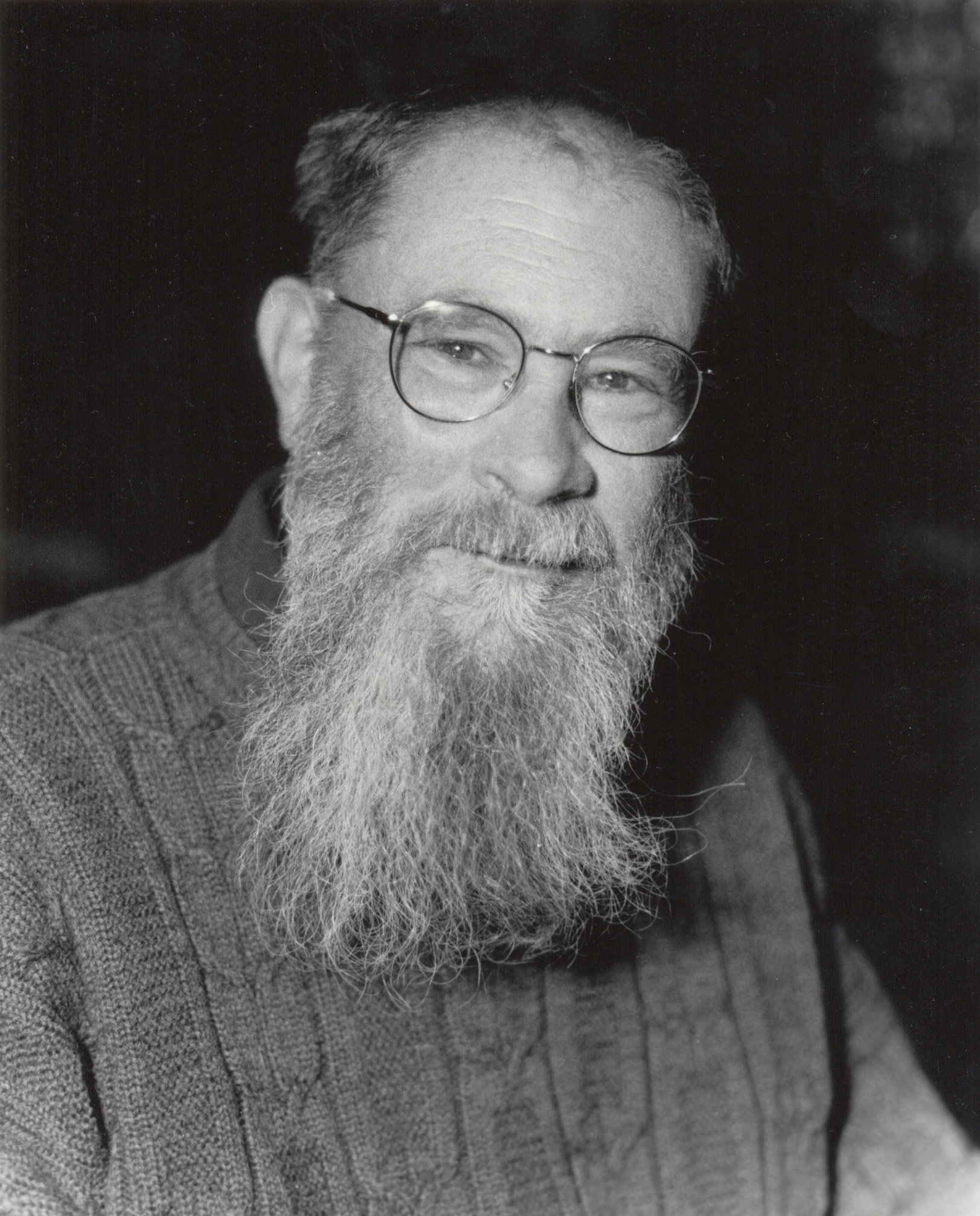 David Kellogg Lewis (, &ndash; , ) is considered to have been one of the leading philosophers of the latter half of the 20th century. Lewis taught briefly at and then at Princeton from 1970 until his death. He is also closely associated with , whose philosophical community he visited almost annually for more than thirty years. He is most famous for his theory of but also made ground-breaking contributions in , , general , , and . Lewis's best known, and most controversial theory is that there exist an infinite number of concrete and causally isolated parallel universes, of which ours is just one, and which play the role of possible worlds in the analysis of necessity and possibility. He has also made lasting contributions to an incredible number of fields of philosophy. Indeed, a significant part of contemporary analytic philosophical work betrays the extent of his impact on the field.

Lewis was born in Oberlin, , to John D. Lewis, a Professor of Government at , and Ruth Ewart Kellogg Lewis, a distinguished medieval historian. The formidable intellect for which he was known later in his life was already manifest during his years at Oberlin High School, when he attended college lectures in . He went on to and spent a year at Oxford (1959-1960), where he was tutored by and attended lectures by , , , and . It was his year at Oxford that played a seminal role in his decision to study philosophy, and which made him the quintessentially analytic philosopher that he would soon become. Lewis went on to receive his Ph.D from in 1967, where he studied under , many of whose views he came to repudiate. It was there that his connection with was first established when he took a seminar with , a leading Australian philosopher. "I taught David Lewis," Smart would say in later years, "Or rather, he taught me."

Lewis's first monograph was "Convention: A Philosophical Study" (1969), which is based on his doctoral dissertation and uses concepts of to analyze the nature of social conventions; it won the 's first Franklin Matchette Prize for the best book published in philosophy by a philosopher under 40 years old. Lewis claimed that social conventions, such as the convention in most states that one drives on the right (not on the left), the convention that the original caller will re-call if a phone conversation is interrupted, etc., are solutions to so-called "'co-ordination problems'". Co-ordination problems were at the time of Lewis's book a much under-discussed kind of game-theoretical problem; most of the game-theoretical discussion had circulated around problems where the participants are in conflict, such as the .

Co-ordination problems are problematic, for, though the participants have common interests, there are several solutions. Sometimes, one of the solutions may be "'salient'" a concept invented by the game-theorist (by whom Lewis was much inspired). For example, a co-ordination problem that has the form of a meeting may have a salient solution if there is only one possible spot to meet in town. But in most cases, we must rely on what Lewis calls "precedent" in order to get a salient solution. If both participants know that a particular co-ordination problem, say "which side should we drive on?" has been solved in the same way numerous times before, both know that both know this, both know that both know that both know this, etc. (this particular state Lewis calls common knowledge, and it has since been much discussed by philosophers and game theorists), then they will easily solve the problem. That they have solved the problem successfully will be seen by even more people, and thus the convention will spread in society. A convention is thus a behavioural regularity that sustains itself because it serves the interests of everyone involved. Another important feature of a convention is that a convention could be entirely different: one could just as well drive on the left; it is more or less arbitrary that one drives on the right in the USA, for example.

Lewis's main goal in the book, however, wasn't simply to provide an account of convention but rather to investigate the "platitude that language is ruled by convention" (Convention, p. 1.) The last two chapters of the book (Signalling Systems and Conventions of Language; cf. also "Languages and Language", 1975) make the case that the use of a language in a population consists of conventions of truthfulness and trust among members of the population. Lewis recasts in this framework notions as those of truth and analyticity, claiming that they are better understood as relations between sentences and a language, rather than as properties of sentences.

Work on counterfactuals and modal realism

Lewis went on to publish Counterfactuals (1973), which contained an analysis of conditionals in terms of the theory of . He had already proposed it in some of his earlier papers - "Counterpart Theory and Quantified Modal Logic" (1968), "Anselm and Actuality" (1970), and "Counterparts of Persons and their Bodies" (1971). In spite of significant technical advantages promised by this approach, the theory was widely considered to be too implausible to be taken literally, as Lewis urged it should be. Most often the idea that there exists an infinite number of causally isolated universes, each as real as our own but different from it in some way, and that furthermore that alluding to objects in this universe is necessary in order to explain what makes certain counterfactual statements true but not others, meets with what Lewis calls the "incredulous stare" (Lewis, OPW, 2005, pg. 135-137). Lewis defends and elaborates his theory of extreme , while insisting that there is nothing extreme about it, in (1986). Lewis acknowledges that his theory is contrary to common sense, but believes that its advantages far outweigh this disadvantage, and that therefore we should not be hesitant to pay this price.

According to Lewis, what makes a of the form'Had I made that shot our team would have won the game.'true is that there is a world, as concrete as ours and significantly similar to it, in which my counterpart makes rather than misses the shot and the counterpart of our team wins the game. Had there been a world even more similar to ours in which my counterpart makes the shot but the counterpart of our team still loses the counterfactual would have been false. When we speak of counterfactual possibilities we speak of what is the case in some possible world or worlds. "Actual", according to Lewis, is merely an indexical label we give to a world when we locate ourselves in it. Things are necessarily true when they are true in all possible worlds. (Note that Lewis is not the first one to speak of possible worlds in this context. and , for example, both speak of possible worlds as a way of thinking about possibility and necessity, and some of 's early work is on the . Lewis's original suggestion was that all possible worlds are equally concrete, and the world in which we find ourselves is no more real than any other possible world.)

This theory has faced a number of criticisms. In particular, it is not clear how we could know what goes on in other worlds. After all, they are causally disconnected from ours; we can't look into them to see what is going on there. [Stalnaker, "Inquiry", p. 49: "But if other possible worlds are causally disconnected from us, how do we know anything about them?"] A related objection is that, while people are concerned with what they could have done, they are not concerned with what some people in other worlds, no matter how similar to them, do. As once put it, a presidential candidate could not care less whether someone else, in another world, wins an election, but with whether he himself could have won it (Kripke 1980, p. 45). A more basic criticism is that introducing so many entities into our violates the maxim of , which tells us not to multiply theoretical entities beyond what is necessary to explain the facts our theories aim to explain. One of the main concerns of Lewis (1986) is to address some of these criticisms.

Possible worlds are employed in the work of ("", 1972, 1980), Gideon Rosen ("Modal Fictionalism", 1990), ("Reference and Essence", 1979), ("Inquiry", 1984), and many others, but not in the concrete sense propounded by Lewis. While none of these alternative approaches has found anything near universal acceptance, very few philosophers accept Lewis's particular brand of modal realism.

Lewis published five volumes containing 99 papers - almost all of the papers he published during his lifetime. These papers discuss his counterfactual theory of , the concept of , a contextualist analysis of knowledge, and a dispositional .
*"Philosophical Papers, Vol. I" (1983) includes his early work on , and the and of mind;
*"Philosophical Papers, Vol. II" (1986) includes his work on , , and . Its preface discusses "Humean Supervenience," the name Lewis gave to his overarching philosophical project;
*"Papers in " (1998);
*"Papers in and " (1999) contains "Elusive Knowledge" and "Naming the Colours," honored by being reprinted in the "Philosopher's Annual" for the year they were first published;
*"Papers in and ".

Lewis's last monograph, "Parts of Classes" (1991), on the , sketched a reduction of and to and . Very soon after its publication, Lewis became dissatisfied with some aspects of its argument; it is currently out of print.

At Princeton, Lewis was a gifted mentor of young philosophers, and trained dozens of successful figures in the field, including several current Princeton faculty members, as well as people now teaching at a number of the leading programs in the U.S. Among his most prominent students are , , , , and . His direct and indirect influence is evident in the work of many prominent philosophers of the current generation.

Lewis suffered from severe for much of his life, which eventually grew worse and led into failure. In July 2000 he received a from his wife Stephanie. The transplant allowed him to work and travel for another year, before he died suddenly and unexpectedly from further complications of his diabetes, on . [cite news |first= |last= |authorlink= |coauthors= |title=David Kellogg Lewis |url= |quote= David Kellogg Lewis, a metaphysician and a philosopher of mind, language and logic at Princeton University, died on Sunday at his home in Princeton, N.J. He was 60. The cause was heart failure, Princeton University said. Mr. Lewis was once dubbed "a mad-dog modal realist" for his idea that any logically possible world you can think of actually exists. He believed, for instance, that there was a world with talking donkeys. |publisher= |date=, |accessdate=2007-07-21 ]

Since his death a number of posthumous papers have been published, on topics ranging from truth and causation to philosophy of physics. Lewisian Themes, a collection of papers on his philosophy, was published in 2004.