The Ministry of Knowledge Economy (MKE) is a branch of the South Korean government. It is concerned with regulating some economic policy, especially with regard to the industrial and energy sectors. The ministry also works to encourage foreign investment in Korea. The headquarters are located in the national government complex in Gwacheon, Gyeonggi Province. The current minister is Choi Kyung Hwan.

The ministry began in 1948 as the Ministry of Commerce in the First Republic. In 1993 it was merged with the Ministry of Energy, established in 1977. It received its current name in 2008. 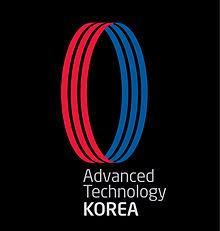 Project Advanced Technology and Design Korea. Sponsored by KOTRA, the Presidential Council on Nation Branding, and the Ministry of Knowledge Economy, this project aims itself to be the go to place in order to find information about Korea’s most innovative technology, design and business. Please stop by the blog (www.advancedtechnologykorea.com), Facebook (www.facebook.com/advancedtechKOR) and twitter (@advancedtechkr) to get connected. Already recognized in the industry as a prominent leader of IT, South Korea wants to share with the rest of the world the dynamic and various technology and design that this small but mighty Eastern land has to offer. Our mission is to break past stereotypes and shed the old image that the world may have of Korea and uncover the colorful and future-forward quality of the advancements that are hidden within this nation.