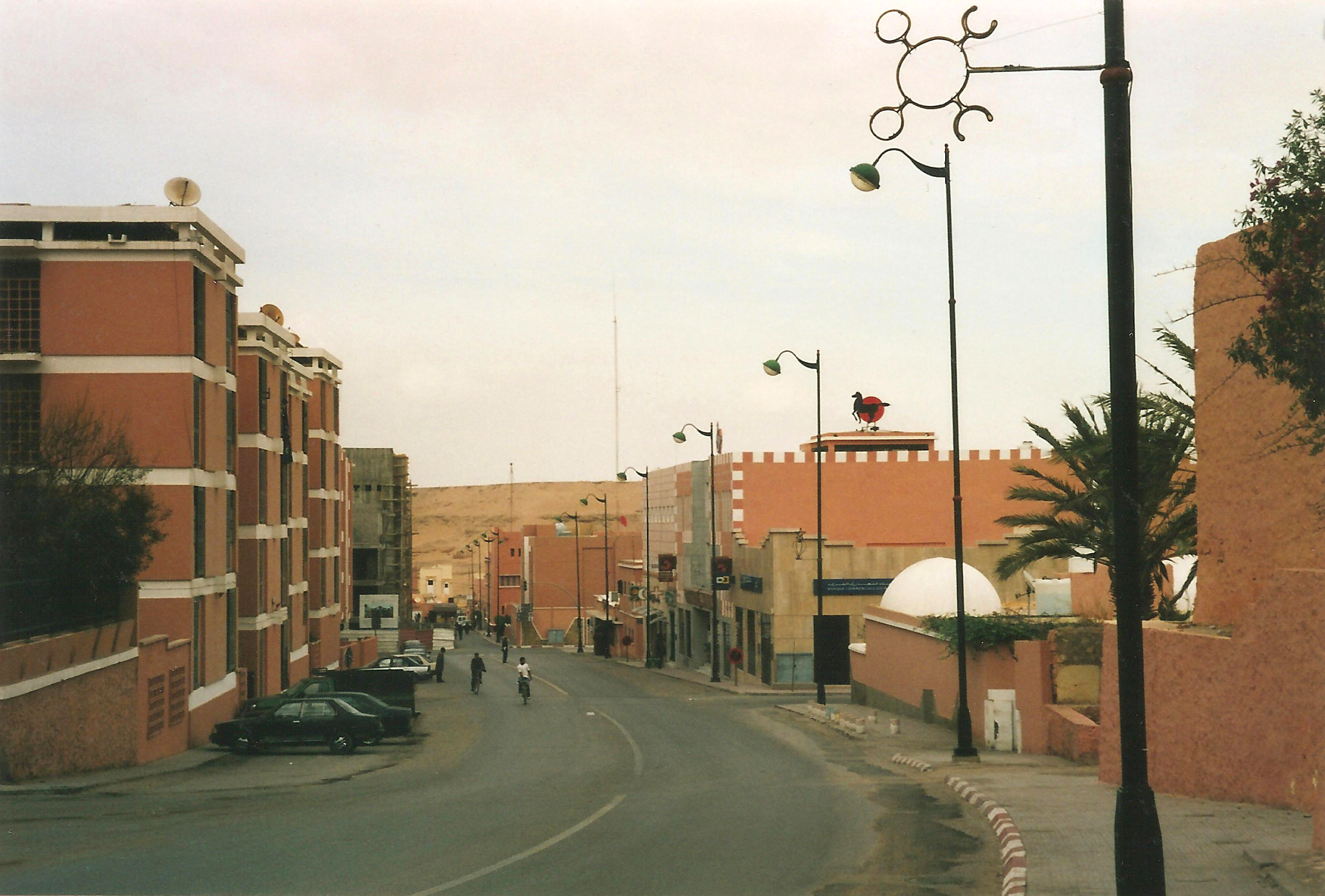 In the area south of , , there is a Sahrawi named El-Aaiun, after this city.

The mission for the referendum, , which administers the ceasefire settlement of 1991 between and the , has its headquarters in the city.

Beginning in the spring of 2005, the began demanding the release of political prisoners and demonstrations in favor of independence took part in some parts of the city, and a trend towards opening up the closed territory seems to have been broken off, with several expulsions of foreign journalists and human rights delegations, accused by the Moroccan authorities of serving as a pretext for the pro-independence activists to step up riots.