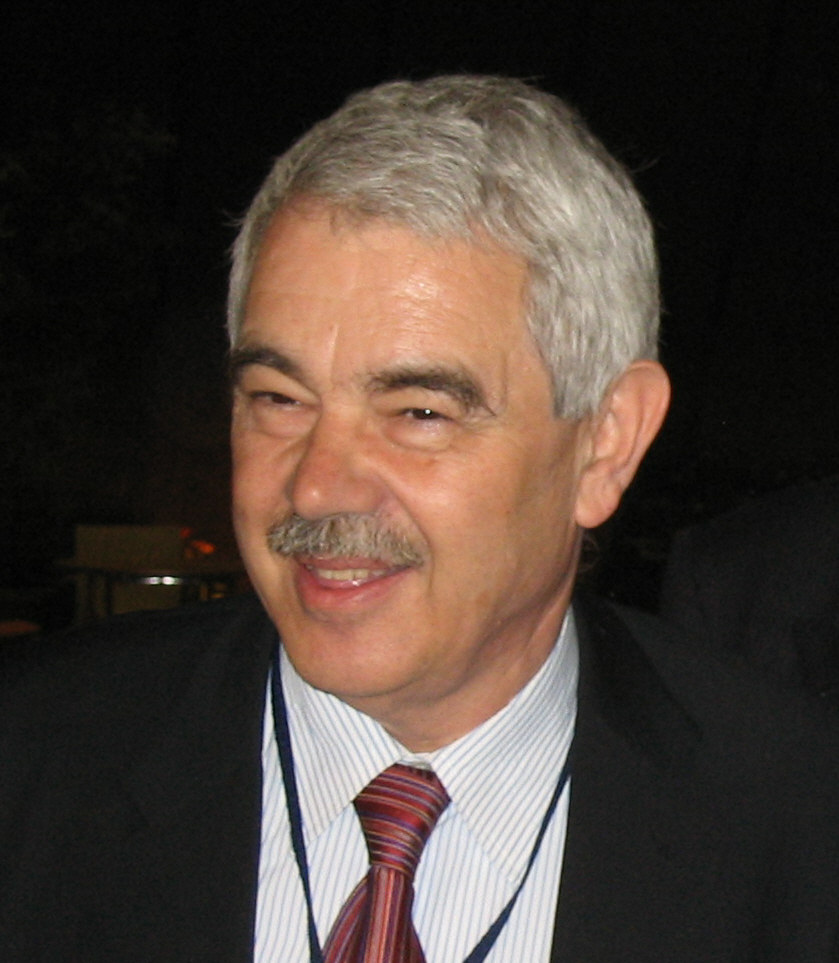 Pasqual Maragall i Mira (born , in ) was the 127th President of Generalitat de Catalunya (the government of ). He had previously been Mayor of , from 1982 to 1997, and helped run the city's successful Olympic bid.

He was born in Barcelona in 1941 as the third of eight siblings. His grandfather was the Catalan poet . In 1965, he married Diana Garrigosa, and he has two daughters and a son. He was an active member of the "" (Workers' Front of Catalonia) and joined the left-wing anti-Franco movement "Frente de Liberación Popular" (Popular Liberation Front). He studied and at the UB between 1957 and 1964.

In 1965, after his studies, he joined the Specialist Office of as an economist, work he combined with giving classes in economic theory at the UAB, acting as assistant to the professor, . He also cooperated with the Studies Service of the , run by .

In 1973, he came back to Barcelona and returned to the and to the UAB, where he gave classes on urban economics and international economics as temporary assistant lecturer. One year earlier, he supported "Convergència Socialista de Catalunya", one of the founding groups of the PSC. In 1978, at the Economics Faculty of the UAB, he presented his doctoral thesis "The prices of urban land. The case of Barcelona (1948-1978)". In 1978, he was a researcher and guest professor at the in . This university would later appoint him doctor honoris causa.

He joined the PSC electoral list in the first democratic municipal election for in 1979 and this party won the most votes at the ballot box. His friend became Mayor while he became "tinent d'alcalde" (Deputy Mayor) for Administrative Reform, and later for Taxation. On , he succeeded Narcís Serra as , since Narcís was appointed minister of Defence by the new Socialist government of .

In 1986, the Catalan capital was chosen to host the Accordingly, the city's mayorndash Pasqual Maragallndash presided over the organising committee (COOB'92). The Olympics provided the city with sorely-needed infrastructure. Another Maragall initiative, the , exhibited the same "top-down" approach. It is widely recognised, however, that the '92 Games helped Barcelona to redefine itself as one of the great cities of Europe.

In 1997, Pasqual Maragall resigned as and returned to university lecturing in and . However, he came back to active politics and was elected as the PSC-CpC candidate for the presidency of the Generalitat in the 1999 election.

On 16 December 2003, Pasqual Maragall was elected President of the Generalitat by the Catalan Parliament after cliff-hanger negotiations with the ERC and ICV parties. He finally took office on 20 December. While generally popular as Mayor of Barcelona, Maragall's career as President of the coalition government was marked by a series of crises. A particularly severe one involved First Minister Carod's "secret" trip to France to unofficially negotiate with . Others include: the stormy negotiations over a new Statute of Autonomy for Catalonia in which Maragall and the PSC hovered between a nationalist stance and caving in to central government pressure; the collapse of an entire city block in Barcelona's "Carmel" district following poorly-planned and executed tunnelling work; and a schemendash supported by Maragall's governmentndash to build a tunnel for the high-speed train under the shaky foundations of Barcelona's 19th-century city centre. In October 2005 Maragall met with objections regarding his plans for reshuffling the cabinet without consulting either his coalition partners or his party. Ernest Maragall, the President's brother, was tipped for a ministerial post in the reshuffle. Ernest, who was seen by critics as an "" and held the post of Executive Secretary, whipped up a storm of protest in June 2005 when he opposed plans to make Catalonia's future anti-fraud department independent of the government. Pasqual Maragall's pledges to fight corruption and nepotism in public administration were one of the key planks in his 2003 election campaign.