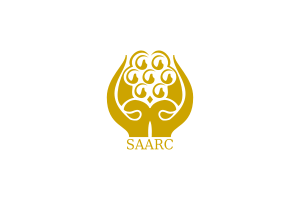 The South Asian Association for Regional Cooperation (SAARC) is an economic and political organization of eight countries in Southern Asia. In terms of population, its is the largest of any : almost 1.5 billion people, the combined population of its member states. It was established on , by , , , , , and . In April 2007, at the Association's 14th summit, became its eighth member.

In the late 1970s, Bangladeshi president proposed the creation of a trade bloc consisting of South Asian countries. The idea of regional cooperation in South Asia was again mooted in May 1980. The foreign secretaries of the seven countries met for the first time in Colombo in April 1981. The Committee of the Whole, which met in Colombo in August 1981, identified five broad areas for regional cooperation. New areas of cooperation were added in the following years. [ [http://saarc-sec.org/main.php?id=76 "A Brief on SAARC." South Asian Association for Regional Cooperation. No date.] ]

The objectives of the Association as defined in the Charter are:

*to promote the welfare of the peoples of South Asia and to improve their quality of life;
*to accelerate economic growth, social progress and cultural development in the region and to provide all individuals the opportunity to live in dignity and to realize their full potential;
*to promote and strengthen collective self-reliance among the countries of South Asia;
*to contribute to mutual trust, understanding and appreciation of one another's problems;
*to promote active collaboration and mutual assistance in the economic, social, cultural, technical and scientific fields;
*to strengthen cooperation with other developing countries;
*to strengthen cooperation among themselves in international forums on matters of common interest; and
*to cooperate with international and regional organisations with similar aims and purposes.

The Declaration on South Asian Regional Cooperation was adopted by the Foreign Ministers in 1983 in New Delhi. During the meeting, the Ministers also launched the Integrated Programme of Action (IPA) in nine agreed areas, namely, Agriculture; Rural Development; Telecommunications; Meteorology; Health and Population Activities; Transport; Postal Services; Science and Technology; and Sports, Arts and Culture. The South Asian Association for Regional Cooperation (SAARC) was established when its Charter was formally adopted on 8 December 1985 by the Heads of State or Government of Bangladesh, Bhutan, India, Maldives, Nepal, Pakistan and Sri Lanka.

Afghanistan was added to the regional grouping at the behest of India on November 13, 2005, [ [http://timesofindia.indiatimes.com/articleshow/1293872.cms "Afghanistan to be new SAARC member." "Times of India." 13 November 2005.] ] and became a member on April 3, 2007. [ [http://www.rferl.org/content/Article/1075660.html Breffni O'Rourke. "South Asia: Afghanistan Joins World's Largest Regional Grouping." Radio Free Europe/Radio Liberty. April 3, 2007.] ] With the addition of Afghanistan, the total number of member states were raised to eight (8). In April 2006, the and made formal requests to be granted observer status. The has also indicated interest in being given observer status, and made a formal request for the same to the SAARC Council of Ministers meeting in July 2006. [ [http://news.bbc.co.uk/2/hi/south_asia/4900498.stm Waliur Rahman. "US and S Korea to observe SAARC." BBC News. 11 April 2006] ]

The SAARC Secretariat was established in Kathmandu on 16 January 1987 and was inaugurated by His Majesty King Birendra Bir Bikram Shah Dev of Nepal.

It is headed by a Secretary General appointed by the Council of Ministers from Member Countries in alphabetical order for a three-year term. He is assisted by the Professional and the General Services Staff, and also an appropriate number of functional units called Divisions assigned to Directors on deputation from Member States.

The Memorandum of Understanding on the establishment of the Secretariat which was signed by Foreign Ministers of member countries on 17 November 1986 at Bangalore, India contains various clauses concerning the role, structure and administration of the SAARC Secretariat as well as the powers of the Secretary-General.

In several recent meetings the heads of state or government of member states of SAARC have taken some important decisions and bold initiatives to strengthen the organisation and to widen and deepen regional co-operation.

The SAARC Secretariat and Member States observe 8 December as the SAARC Charter Day.

SAARC's inability to play a crucial role in integrating South Asia is often credited to the political and military rivalry between India and Pakistan. It is due to these economic, political, and territorial disputes that South Asian nations have not been able to harness the benefits of a unified economy. Over the years, SAARC's role in South Asia has been greatly diminished and is now used as a mere platform for annual talks and meetings between its members.

SAARC has intentionally laid more stress on "core issues" mentioned above rather than more decisive political issues like the and the . However, political dialogue is often conducted on the margins of SAARC meetings. SAARC has also refrained itself from interfering in the internal matters of its member states. During the 12th and 13th SAARC summits, extreme emphasis was laid upon greater cooperation between the SAARC members to fight .

Over the years, the SAARC members have expressed their unwillingness on signing a free trade agreement. Though India has several trade pacts with Maldives, Nepal, Bhutan and Sri Lanka, similar trade agreements with Pakistan and Bangladesh have been stalled due to political and economic concerns on both sides. India has been constructing a barrier across its borders with Bangladesh and Pakistan. In 1993, SAARC countries signed an agreement to gradually lower tariffs within the region, in . Eleven years later, at the 12th SAARC Summit at , SAARC countries devised the which created a framework for the establishment of a covering 1.4 billion people. This agreement went into force on January 1, 2006. Under this agreement, SAARC members will bring their duties down to 20 per cent by 2007.

The summit accorded observer status to , , and . The nations also agreed to organize development funds under a single financial institution with a permanent secretariat, that would cover all SAARC programs ranging from social, to infrastructure, to economic ones.

*flagicon|China The has shown its interest in joining SAARC. [ [http://www.voanews.com/english/2005-11-13-voa4.cfm Afghan and further Chinese membership prospects] ] While Pakistan and Bangladesh support China's candidature, India is more reluctant about the prospect of Chinese membership, while Bhutan does not even have diplomatic relations with China. [ [http://www.indianexpress.com/full_story.php?content_id=63499 China's membership prospects] ] However, during the 2005 Dhaka summit, India agreed on granting observer status to the PRC along with flagicon|JPN . During the 14th summit, Nepal along with Pakistan and Bangladesh, announced their support for the membership of China. [ [http://www.chennaionline.com/colnews/newsitem.asp?NEWSID=%7BC0BFCD1D-2113-431D-B872-AB1FACF631A6%7D&CATEGORYNAME=NATL chennaionline.com] ] [ [http://www.telegraphnepal.com/news_det.php?news_id=567 telegraphnepal.com] ]

*flagicon|Iran The , a state with borders to two SAARC members, has traditionally enjoyed strong cultural, economic and political relationships with Afghanistan, Pakistan, India and Bangladesh and has expressed its desire to become a member of the South Asian organization. On , the Foreign Minister of , , indicated Iran's interest in joining SAARC by saying that his country could provide the region with "East-West connectivity". [ [http://www.arabnews.com/?article=59390 Iran's membership prospects] ] On , Iran asked to join the SAARC as an observer. SAARC Secretary-General responded by saying that Iran's request for observer status would be taken up during a meeting of ministers of foreign affairs of SAARC member countries in the summit in New Delhi. [ [http://www.upi.com/NewsTrack/Business/20070303-114622-7655r/ upi.com] ]

*flagicon|Russia The intends to become an observer as well, and is supported by India.

*flagicon|Myanmar has expressed an interest in joining as a full member. If done so, Myanmar will become the ninth member in the group. India is currently backing Myanmar. [ [http://www.dailynews.lk/2008/05/21/news11.asp Sri Lanka News | Online edition of Daily News - Lakehouse Newspapers ] ] [ [http://www.ptinews.com/pti%5Cptisite.nsf/0/39FDF4CD0EF02ACE6525744F001DB785?OpenDocument] ]

Comparison with other regional blocs