Chaco (Spanish pronunciation: [ˈtʃako]) is an Argentine province located in the north of the country, near the border with Paraguay. Its capital is Resistencia on the Paraná River opposite the city of Corrientes. The second city of the province is Sáenz Peña. The province is bordered by Salta and Santiago del Estero to the west, Formosa to the north and east, Corrientes and the Republic of Paraguay to the southeast and Santa Fe to the south (divided by the 28th parallel south). From 1950 to 1955, Chaco was named Presidente Perón.

Chaco is a Quechua word for "hunting," which was the main source of food for the aboriginal people prior to the Spanish colonisation of the Americas. Several native tribes (Guaraní, Toba, Wichí and others) have persisted in the region and have important communities in this province as well as in Formosa.

The first city in Chaco province was Concepción de Buena Esperanza, which existed between 1585 and 1632. During its existence, it was one of the most important cities in its gobernation, but attacks from local Indians forced the residents to leave. In the 17th century, the San Fernando del Río Negro Jesuit mission was founded in the area of the modern-day city of Resistencia, but it was abandoned 15 years later.

At the end of the 19th century there were numerous confrontations between Argentina and Paraguay in the Gran Chaco area known as the War of the Triple Alliance, and San Fernando was reestablished, this time as a military outpost, and renamed to Resistencia in 1876.

Between the end of the 19th century and the first decades of the 20th, the province received a variety of immigrants. Among them were Volga Germans and Mennonites from Russia, Germany, and Canada. They (along with the other immigrants) were able to transform the hostile geography of Chaco into a productive farming region known for its dairy and beef production. The territory became a province in 1951, changing its name to Provincia Eva Perón; the province recovered its historical name in 1955, when the army overthrew the government of President Juan Perón. Chaco voters, however, continued to support Peronist candidates in subsequent elections, notably Deolindo Bittel, whose three terms as governor in the 1960s and '70s were each cut short by military intervention; he ran for Vice President in 1983 and later served as mayor of the provincial capital, Resistencia.

Underserved by paved highways and, therefore, very dependent on passenger rail, Chaco was adversely impacted by the national rail privatizations and line closures of the early '90s. The province, in 1997, invested in SEFECHA, at the time the only publicly-owned commuter rail in Argentina. SEFECHA today carries nearly a million passengers a year and has contributed to the province's vigorous recovery from the 2002 crisis.[2] 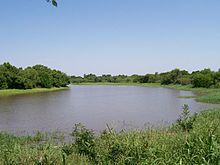 The province lies in the Gran Chaco plains, also known as the "Green Hell" for its extreme weather conditions. Frequent droughts make for desert-like parts of the geography. Yet, torrential rains and occasional floods create areas of rainforest habitat.

Differences in vegetation show the unequal distribution of precipitation: An Impenetrable ("Impenetrable") dense dry forest lies in the west, with precipitations of around 600 mm per year, and the more humid east, with 1,100 mm annual precipitation, holds the Selva Chaqueña, a jungle with no dry season.

The rivers of the province end in either the Paraná River or the Paraguay River, and run from west to east. The most important of these are the Bermejo River, Río de Oro, Guaycurú Grande, Guaycurú Chico, Salado River, Negro River, Palometa and Tapenagá.

The area is inhabited by exotic wildlife, including crocodiles, monkeys, tarantulas, wild boars, jaguars, giant armadillos, anacondas, rattlesnakes, and a variety of other poisonous snakes. Transport: Major highways include 11 north from Santa Fé province north via Resistencia to Formosa, 16 across the Paraná from Correntes 322 km north-west via Resistencia and Presidencia Roque Sáenz Peña into Santiago del Estero province, and passing through Taco Pozo in the north-east to Salta, and 89 from Avia Terai 245 km south-west via Charata to Quimili in Santiago del Estero province.

Chaco's economy, like most in the region, is relatively underdeveloped yet has recovered vigorously, since 2002. Its economy was estimated to be US$4.4 billion in 2006, or US$4,470 per capita (half the national average and the third-lowest in Argentina).[3] Chaco's economy is diversified; but, its agricultural sector has suffered from recurrent droughts over the past decade. 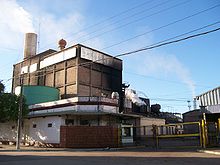 Agricultural development in Chaco is linked to the quebracho wood, and the cotton production, which currently accounts for 60% of national production.

Agriculture accounts for an elevated 17% of output and includes crops such as soy, sorghum and maize. Sugar cane is also cultivated in the South, as well as rice and tobacco in lesser proportion.

Cattle consists of mixed races of Argentine cows with zebu, which adapt better to the high temperatures, grass shortage, and occasional flooding.

Industry contributes modestly to the economy (about 10%) and includes textiles (produced from local cotton), oil mills, and coal production, as well as sugar, alcohol and paper (all produced from sugar cane).

Chaco is home to the Chaco National Park, but tourism is not a well-developed industry in the province. The province's main airport, Resistencia International Airport, serves around 100,000 passengers annually.

The province is divided in 25 departments (Spanish departamentos). Department (Capital) 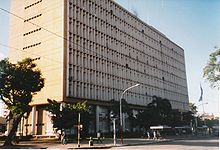 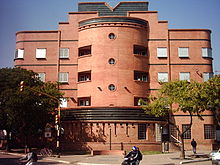 Civil and Commercial Tribunals of the Province