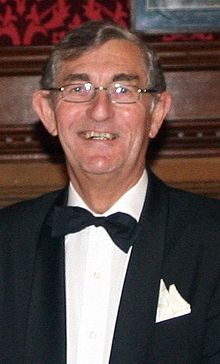 Dennis Robert David Rogan, Baron Rogan (born 1942) is a Ulster Unionist Party politician in Northern Ireland who served as President of the party from 2004 until 2006. He was previously Chairman of the Party.

He was made a life peer as Baron Rogan, of Lower Iveagh in the County of Down in 1999 and sits as a crossbencher, although he is regarded as leader of the UUP in the Lords.[1]

Son of Robert and Florence Rogan.

He is a member of the International Advisory Board of Independent News & Media, Patron of The Somme Association and “Friend” of The Salvation Army.