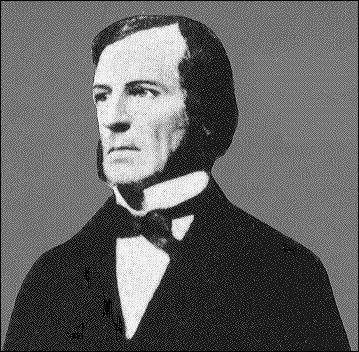 As the inventor of Boolean algebra, which is the basis of all modern arithmetic, Boole is regarded in hindsight as one of the founders of the field of .

George Boole's father, John Boole (1779-1848), was a tradesman of limited means, but of "studious character and active mind". [1911] Being especially interested in and , the father gave his son his first lessons; but the extraordinary mathematical talents of George Boole did not manifest themselves in early life. At first his favourite subject was classics.

It wasn't until his successful establishment of a school at Lincoln, its removal to Waddington, and later his appointment in 1849 as the first professor of mathematics of then (now University College Cork, where the library, underground lecture theatre complex and the Boole Centre for Research in Informatics [ [http://www.bcri.ucc.ie Boole Centre for Research in Informatics] ] are named in his honour) in that his mathematical skills were fully realized. In 1855 he married Mary Everest (niece of ), who later, as Mrs. Boole, wrote several useful educational works on her husband's principles.

To the broader public Boole was known only as the author of numerous abstruse papers on mathematical topics, and of three or four distinct publications which have become standard works. His earliest published paper was the "Researches in the theory of analytical transformations, with a special application to the reduction of the general equation of the second order." printed in the "Cambridge Mathematical Journal" in February 1840 (Volume 2, no. 8, pp.64-73), and it led to a friendship between Boole and , the editor of the journal, which lasted until the premature death of the latter in 1844. A long list of Boole's memoirs and detached papers, both on logical and mathematical topics, are found in the "Catalogue of Scientific Memoirs" published by the , and in the supplementary volume on "", edited by . To the "Cambridge Mathematical Journal" and its successor, the " and Mathematical Journal", Boole contributed twenty-two articles in all. In the third and fourth series of the "Philosophical Magazine" are found sixteen papers. The Royal Society printed six important memoirs in the "Philosophical Transactions", and a few other memoirs are to be found in the "Transactions of the and of the ", in the "Bulletin de l'Académie de St-Pétersbourg" for 1862 (under the name G Boldt, vol. iv. pp. 198-215), and in "". Also included is a paper on the mathematical basis of logic, published in the "" in 1848. The works of Boole are thus contained in about fifty scattered articles and a few separate publications.

Only two systematic s on mathematical subjects were completed by Boole during his lifetime. The well-known "Treatise on Differential Equations" appeared in 1859, and was followed, the next year, by a "Treatise on the of Finite Differences", designed to serve as a sequel to the former work. These treatises are valuable contributions to the important branches of mathematics in question. To a certain extent these works embody the more important discoveries of their author. In the sixteenth and seventeenth chapters of the "Differential Equations" we find, for instance, an account of the general symbolic method, the bold and skilful employment of which led to Boole's chief discoveries, and of a general method in analysis, originally described in his famous memoir printed in the "Philosophical Transactions" for 1844. Boole was one of the most eminent of those who perceived that the symbols of operation could be separated from those of quantity and treated as distinct objects of calculation. His principal characteristic was perfect confidence in any result obtained by the treatment of symbols in accordance with their primary laws and conditions, and an almost unrivalled skill and power in tracing out these results.

During the last few years of his life Boole was constantly engaged in extending his researches with the object of producing a second edition of his "Differential Equations" much more complete than the first edition, and part of his last vacation was spent in the libraries of the Royal Society and the ; but this new edition was never completed. Even the manuscripts left at his death were so incomplete that Todhunter, into whose hands they were put, found it impossible to use them in the publication of a second edition of the original treatise, and printed them, in 1865, in a supplementary volume.

With the exception of , Boole was probably the first English mathematician since the time of who had also written upon . His novel views of logical method were due to the same profound confidence in symbolic reasoning to which he had successfully trusted in mathematical investigation. Speculations concerning a of had at different times occupied Boole's thoughts, but it was not till the spring of 1847 that he put his ideas into the pamphlet called "Mathematical Analysis of Logic". Boole afterwards regarded this as a hasty and imperfect exposition of his logical system, and he desired that his much larger work, "An Investigation of the Laws of Thought, on Which are Founded the Mathematical Theories of Logic and Probabilities" (1854), should alone be considered as containing a mature statement of his views. Nevertheless, there is a charm of originality about his earlier logical work which is easy to appreciate.

He did not regard logic as a branch of mathematics, as the title of his earlier pamphlet might be taken to imply, but he pointed out such a deep between the symbols of and those which can be made, in his opinion, to represent logical forms and s, that we can hardly help saying that (especially his) formal logic is mathematics restricted to the two quantities, 0 and 1. By unity Boole denoted the universe of thinkable objects; symbols, such as x, y, z, v, u, etc., were used with the elective meaning attaching to common adjectives and substantives. Thus, if x=horned and y=sheep, then the successive acts of election represented by x and y, if performed on unity, give the whole of the class horned sheep. Boole showed that elective symbols of this kind obey the same primary laws of as algebraic symbols, whence it followed that they could be added, subtracted, multiplied and even divided, almost exactly in the same manner as numbers. Thus, (1 - x) would represent the operation of selecting all things in the world except horned things, that is, all not horned things, and (1 - x) (1 - y) would give us all things neither horned nor sheep. By the use of such symbols s could be reduced to the form of s, and the syllogistic conclusion from two premises was obtained by eliminating the middle term according to ordinary algebraic rules.

Still more original and remarkable, however, was that part of his system, fully stated in his "Laws of Thought", formed a general symbolic method of logical . Given any propositions involving any number of terms, Boole showed how, by the purely symbolic treatment of the premises, to draw any conclusion logically contained in those premises. The second part of the "Laws of Thought" contained a corresponding attempt to discover a general method in probabilities, which should enable us from the given probabilities of any system of events to determine the consequent probability of any other event logically connected with the given events.

Though Boole published little except his mathematical and logical works, his acquaintance with general literature was wide and deep. was his favourite poet, and he preferred the "Paradiso" to the "Inferno". The of , the of Spinoza, the philosophical works of , and many kindred works, were also frequent subjects of study. His reflections upon scientific, philosophical and religious questions are contained in four addresses upon "The Genius of Sir ", "The Right Use of Leisure", "The Claims of Science" and "The Social Aspect of Intellectual Culture", which he delivered and printed at different times.

The personal character of Boole inspired all his friends with the deepest esteem. He was marked by true modesty, and his life was given to the single-minded pursuit of . Though he received a medal from the Royal Society for his memoir of 1844, and the of from the , he neither sought nor received the ordinary rewards to which his discoveries would entitle him. On , in the full vigour of his intellectual powers, he died of an attack of fever, ending in on the s. He is buried in Blackrock, a suburb of Cork.

The Booles had five daughters:
* Mary, who married the mathematician and author and had three children (Howard, William and Joan)
* Margaret, whose son became a mathematician and a Fellow of the
* Alicia, who made important contributions to four-dimensional geometry
* Lucy, a chemist
* Ethel Lilian, who married the Polish scientist and revolutionary and is the author of the novel .

Boole's work (as well as that of his intellectual progeny) was relatively obscure except among logicians, and seemed to have no practical use. Approximately seventy years after Boole's death, attended a philosophy class at the that introduced him to Boole's studies. Shannon went on to write a master's thesis at the , in which he showed how Boolean algebra could optimize the design of systems of electromechanical then used in telephone routing switches. He also proved that circuits with relays could solve Boolean algebra problems. Employing the properties of electrical switches to do logic is the basic concept that underlies all modern electronic s. at Moscow State University (1907 - 1987) proposed a theory of electric switches based on Boolean logic even earlier than in 1935 {(due to certification of Soviet logicians and mathematicians S.A. , Gaaze-Rapoport, , Lupanov, Gastev, Medvedev, and Uspensky), though they defended Theses the same year (1938) } but the first publication of Shestakov's result took place only in 1941 (in Russian). Hence Boolean algebra became the foundation of practical design; and Boole, via Shannon and Shestakov, provided the theoretical grounding for the . ["That dissertation has since been hailed as one of the most significant master's theses of the 20th century. To all intents and purposes, its use of binary code and Boolean algebra paved the way for the digital circuitry that is crucial to the operation of modern computers and telecommunications equipment."cite web|url=http://www.guardian.co.uk/science/2001/mar/08/obituaries.news|publisher= ()|date=2001-03-08|title=Claude Shannon|author=Andrew Emerson]

The on the moon named in his honour.