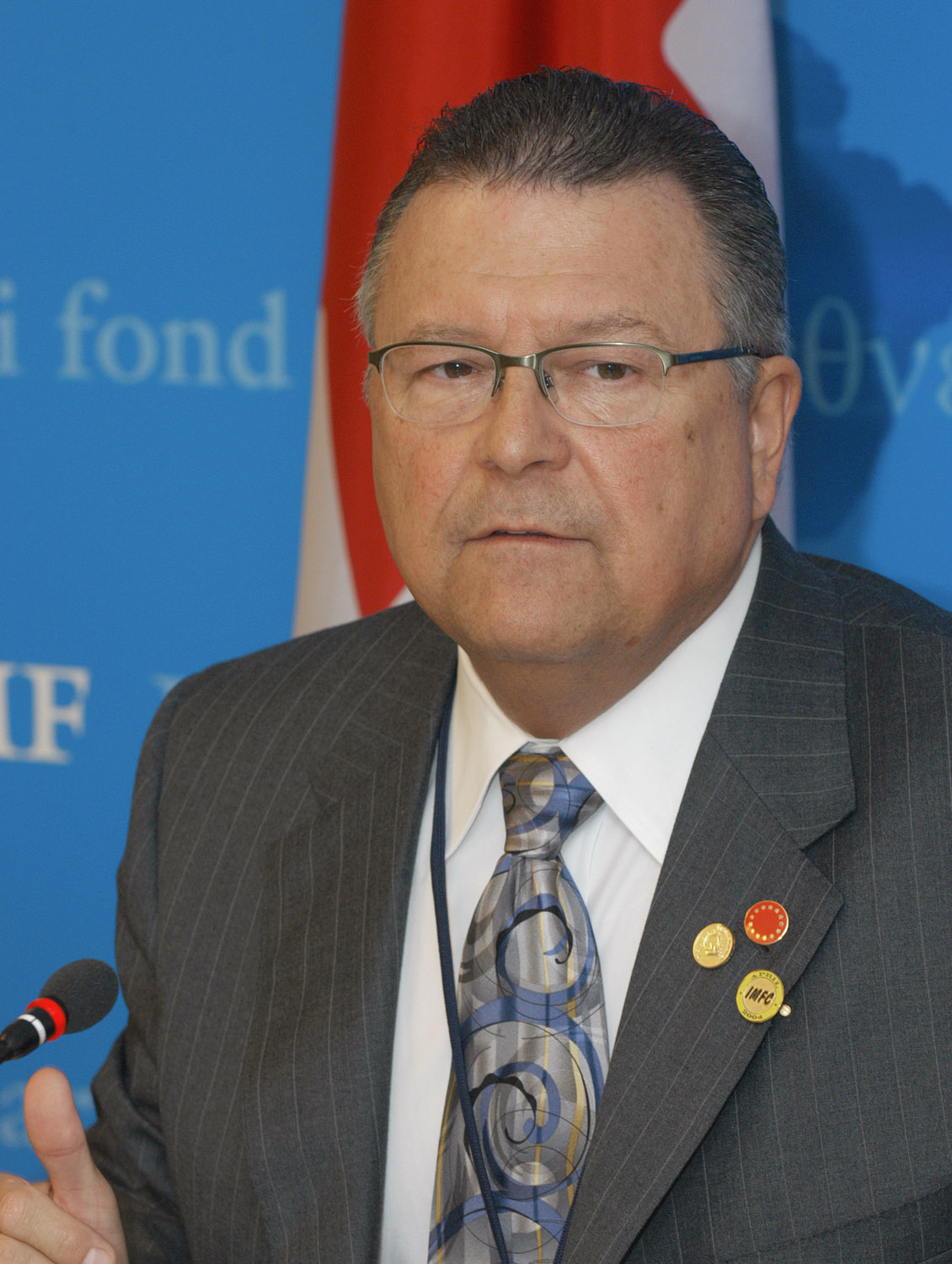 Ralph Edward Goodale, PC, MP (born , , in ) was 's Minister of Finance from 2003 to 2006 and continues to be a Liberal Member of Parliament. He was named Opposition by .

Goodale was born in Regina and raised on a farm near Wilcox. Before serving in Ottawa. He first attended the University of Saskatchewan, Regina Campus and then obtained a law degree from the in Saskatoon.

Active at politics from a young age, he was first elected to the Parliament of Canada in the 1974 election at the age of 24. He served as backbench MP until the 1979 election, when he was defeated. However, he gathered plenty of attention and was mentioned by the Canadian edition of "Time" magazine as being a potential prime minister.Fact|date=November 2007 In 1981, he was acclaimed as leader of the .

He led that party to a very poor showing in the 1982 provincial election, in which the party received 4.51% of the popular vote and won no seats in the provincial legislature. However, Ralph Goodale was the only Liberal candidate to receive more than 1,000 votes. [http://www.saskarchives.com/web/seld/2-13.pdf]

The party won 9.99% of the vote in the 1986 provincial election, but only Goodale was elected to the legislature. Goodale ran on a platform of fiscal responsibility in this election, arguing that both the Progressive Conservative and New Democrat parties favoured excessive spending policies, typified by their proposals for a Keynesian-style stimulation of the provincial economy through subsidized home improvement and renovation schemes. Goodale resigned as leader to run for the federal Liberal Party in the 1988 election, but he was defeated in the election. Beginning earlier that year and prior to his resignation, Goodale's executive assistant was . Kenney would become a MP in a Calgary riding.

Goodale then spent five years in the private sector, working in senior positions for companies such as the Pioneer Life Assurance Company, Pioneer Lifeco Inc., and Sovereign Life Insurance Co.; he has stated in interviews that he felt his political career had ended. But he eventually ran in the 1993 federal election and was elected to Parliament. As a member of the new Chrétien cabinet, Goodale was named Minister of Agriculture and Agri-Food. He has the prenomial "the Honourable" and the postnomial "PC" for life by virtue of being made a member of the on November 4, 1993. [http://www.pco-bcp.gc.ca/default.asp?Language=E&Page=InformationResources&Sub=PrivyCouncilMembers]

A close ally of , Goodale was appointed to the senior portfolio of Finance Minister when Martin became Prime Minister on , . In that capacity he tabled two consecutive balanced budgets and launched the Government's productivity agenda.

On December 28, 2005, a letter surfaced from (RCMP) Commissioner confirming the force was launching a criminal investigation into whether details regarding government tax policies relating to income trust funds were leaked from the Finance Minister's office. Goodale said he would co-operate completely with any investigation, but would not step aside while the RCMP continued their probe. The investigation deals only with the Department of Finance, and not the minister himself [http://www.cbc.ca/story/canada/national/2005/12/28/goodalecbc051228.html] . On , the RCMP announced the conclusion of the income trust investigation and laid a charge of 'Breach of Trust' against , an official in the Department of Finance [http://www.news.gc.ca/cfmx/view/en/index.jsp?articleid=276859] . Ralph Goodale was cleared of any wrongdoing [http://www.canada.com/topics/news/national/story.html?id=98a291f4-69a5-4862-8117-6fbe609f5b2a&k=36017] .

Goodale won re-election to the House of Commons in the general election on January 23, 2006, but lost his cabinet position with the Liberal defeat.

After the Liberals' defeat, and Paul Martin's election night announcement that he would be resigning as party leader, Goodale initially indicated that he was not interested in succeeding Martin in that post. "I do not anticipate ever having to cross that bridge," he said. "I rule it out." [http://www.cbc.ca/sask/story/goodale-liberals060124.html] . On , , however, the "" reported that Goodale was reconsidering his decision, and stated that he may enter the Liberal leadership convention after all. [http://www.thestar.com/NASApp/cs/ContentServer?pagename=thestar/Layout/Article_Type1&c=Article&pubid=968163964505&cid=1142594469090&col=968705899037&call_page=TS_News&call_pageid=968332188492&call_pagepath=News/News] In the end he declined, citing his inability to speak French as a key reason. On , , he endorsed to be the next leader of the Liberal Party. [http://www.bobrae.ca/en/pressreleases.php#61] After the third ballot, Bob Rae, who finished third, was eliminated. Goodale then endorsed , the eventual winner.

Goodale opposed to 's candidacy in the by-election for . [Delacourt, Susan, [http://www.thestar.com/News/article/291219 "Dion accused of snubbing Orchard"] , "Toronto Star", January 5, 2008] Dion terminated the nomination contest and appointed as the candidate.

He appeared in television show "" in episode 42 "Picture Perfect".