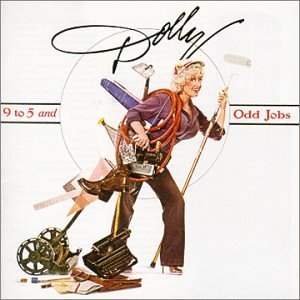 "9 to 5 and Odd Jobs" was an album released by in December 1980. A about working, the album was centered around Parton's hit "9 to 5", which served as the theme song to the film of the same name (costarring Parton, and ), and topped both the U.S. country and pop charts. The album's two additional singles -- a cover of 's "" and a reading of "" -- provided further country hits, with "But You Know I Love You" also reaching #1.

The understated pop-country arrangement of most of the songs was seen as a welcome return to form for Parton by critics, after the overly-polished pop sound of Parton's previous albums. In addition five Parton compositions, the album contained a number of folk and country classics, including work by , and .

* [http://www.dollyon-line.com/archives/albums/9to5aoj/index.shtml 9 To 5 (And Odd Jobs) at Dolly Parton On-Line]