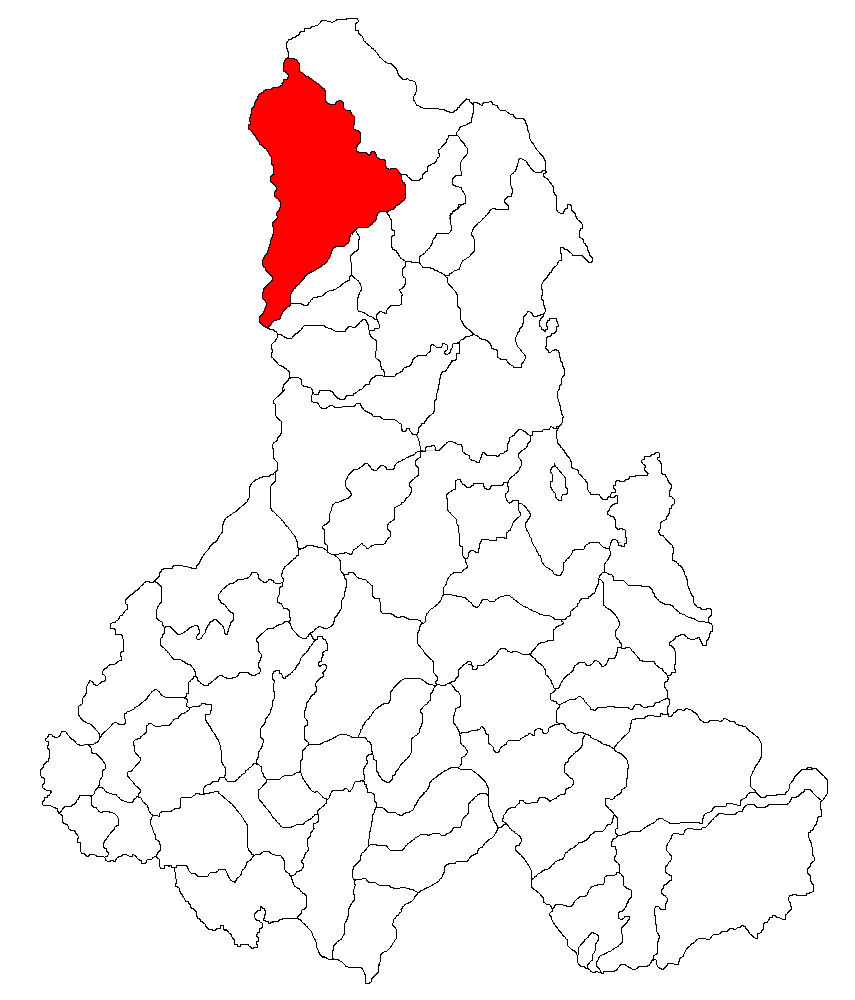 Topliţa ( _hu. Maroshévíz, _de. Töplitz) is a municipality in , . The name is of Slavic origin, meaning "hot water spring".

Topliţa is located in on the upper Mureş region, more precisely in the northern corner of . It is situated on a 650 m altitude above sea level, on the Giurgiului plain betveen the mountains of Giurgiului, Gurghiului and . Nearest towns are: (26 km), (38 km) and (69 km).

The settlement was founded in 1567 by Petrichevitch Horváth Kozma on land owned by Bánffy Pál. He gave the land to three Moldavian peasant families and named the place "Taplócza".

The region was Simon Bán's property until 1228, then passed on to the Bánffy family, who managed to keep their enormous properties until 1945.

In 1658, Gyergyó-Topliţa was entirely destroyed by Moldavian units led by Pintea. After 1660, the Bánffys brought 391 Romanian peasant families from Deda onto these lands.Around 1710, rafting started on the river. Due to this profitable enterprise, Maroshévíz and its inhabitants started growing and evolving on both material and spiritual planes.The first European census, ordered by Joseph II, took place in Maroshévíz on Nov. 20th 1785. Census results showed there were 227 farms, 23 free and 231 thrall families who belonged to 22 lairds. Baron Bornemissza János owned most of these families (52), Baron Kemény Simon (30), and Count Teleki Mihály (18).

During , Topliţa and its periphery witnessed cruel fighting. The Romanian monument in Secu is the tomb of 771 Romanian soldiers, and in the Hungarian Heroes Cemetery on Zencani 450 soldiers were buried.In 1952, Topliţa was declared a town and in 2002 it was declared a municipality (municipiu).