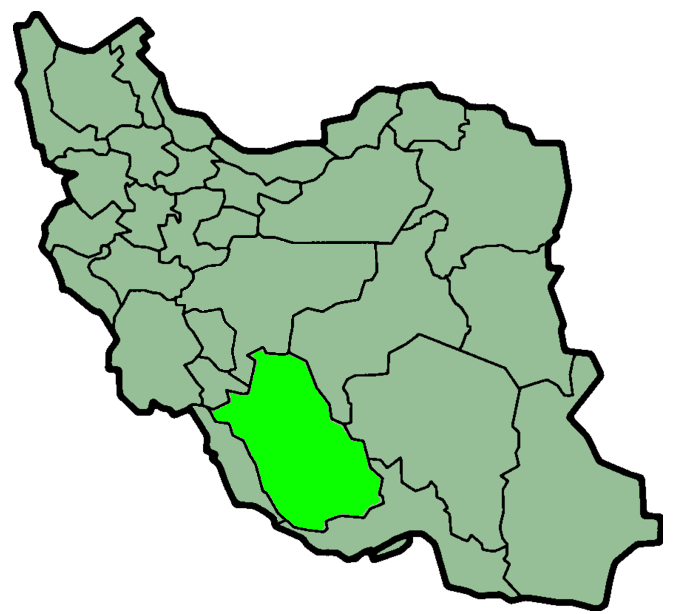 Fars is the original homeland of the Persian people. The native name of the is "Fârsi" or "Pârsi". "Persia" and "Persian" both derive from the Hellenized form "polytonic|Πέρσις" "Persis" of the root word "Pârs". The Old Persian word was "Pârsâ".

The name of the Fars is derived from "Pârsa", the name for Persia and its capital, Persepolis.

The ancient were present in the region from about the 9th century BC, and became the rulers of a large empire under the in the 6th century BC. The ruins of and , two of the four capitals of the , are located in Fars.

The Achaemenid Empire was defeated by in the fourth century BC. Shortly after this the was established. However it never extended its power beyond the main trade routes in Fars, and by reign of or possibly later Persis emerged as an independent state that minted its own coins. ["The Cambridge History of Iran", Vol. 3 (1), p. 299]

The Seleucid Empire was defeated by the in . By 205 BC had extended his authority into Persis and it ceased to be an independent state. ["The Cambridge History of Iran", Vol. 3 (1), p. 302]

was the ruler of a small town called Kheir. Babak's efforts in gaining local power at the time escaped the attention of , the Arsacid Emperor of the time. Babak and his eldest son managed to expand their power over all of Persis.

The subsequent events are unclear, due to the sketchy nature of the sources. It is however certain that following the death of around 220, Ardashir who at the time was the governor of Darabgird, got involved in a power struggle of his own with his elder brother Shapur. The sources tell us that in 222, Shapur was killed when the roof of a building collapsed on him.

At this point, Ardashir moved his capital further to the south of Persis and founded a capital at (formerly , modern day ).

After establishing his rule over Persis, rapidly extended his territory, demanding fealty from the local princes of Fars, and gaining control over the neighboring provinces of Kerman, Isfahan, Susiana, and Mesene.

Artabanus marched a second time against Ardashir I in 224. Their armies clashed at Hormizdeghan, where was killed. He was crowned in 226 at as the sole ruler of Persia; bringing the 400-year-old Parthian Empire to an end.

The Sassanids ruled for 425 years, until the Arab armies conquered the empire.

The cities of Fars province put up a firm resistance to the Arabs during the , particularly in areas around Istakhr. The province however, as well as most of Persia ultimately fell to the conquest.

Fars then passed hand to hand through numerous dynasties, leaving behind numerous historical and ancient monuments; each of which has its own values as a world heritage, reflecting the history of the province, , and western . The ruins of , , and are all reminders of this.

There are three distinct climatic regions in the Fars Province. First, the mountainous area of the north and northwest with moderate cold winters and mild summers. Secondly, the central regions, with relatively rainy mild winters, and hot dry summers. The third region located in the south and southeast, has moderate winters with very hot summers. The average temperature of Shiraz is 16.8 °C, ranging between 4.7° and 29.2 °C.The geographical and climatic variation of the province causes varieties of plants, consequently, variation of wild life has been formed in the province. Additional to the native animals of the province, many kinds of birds migrate to the province every year. [ [http://www.irantour.org/Iran/city/FARS.html Iran fars-shiraz ] ] Many kinds of ducks, storks and swallows migrate to this province in annual peride. [ [http://www.irantour.org/Iran/city/FARS.html Iran fars-shiraz ] ] The main native animals of the province are Gazelle, deer, mountain wild goat, ram, ewe and many kinds of birds. [ [http://www.irantour.org/Iran/city/FARS.html Iran fars-shiraz ] ] The province of Fars includes many protected wild life zones. The most important protected zones are as following:

Toot Siah (Black Berry) Hunt Forbidden Zone, which is located at the end of Boanat region.

Bambo National Park which is located on the north of Shiraz.

Estahban Forest Park ( Parke Jangaly) which is located on the outskirts of Touraj mountain.

Agriculture is of great importance in Fars. The major products include cereal (wheat and barley), citrus fruits, dates, sugar beets and cotton.

Fars has major petrochemical facilities, along with an oil refinery, a factory for producing tires, a large electronics industry, and a sugar mill.

Tourism is also a large industry in the province. UNESCO has designated an area in the province, called (known as "Dasht e Arjan") as a biosphere reserve.

Due to the geographical characteristics of Fars and its proximity to the , Fars has long been a residing area for different natives and tribes from other parts of the world such as the Turks, , and who were under the influence of Iranian culture. However, the original tribes of Fars including , Mamasani , Khamseh and Kohkiluyeh have kept their native and unique cultures and lifestyles which constitute part of the cultural heritage of attracting many tourists.Shiraz' ( provincial capital of Fars) wine is one of the most famous kind of wine in the world. There used to be a lot of wine factories in this city. After the Islamic revolution in 1979 due to an Islamic law all wine factories were shut down. The province has a population of 4.4 million approximately.

is the main international airport of the province and the second in the country. The cities of Lar and Lamerd also have airports linking them with Shiraz and Tehran and nearby Persian Gulf countries such as the UAE and Bahrain. Shiraz is along the main route from to southern Iran.